The Samoa Tourism Authority’s (S.T.A.) is accused of presenting a misleading picture of the industry's performance to mislead people into investing in the sector, hoteliers say.

The owners of Taufua Beach Fales in Lalomanu, Faafetai Taufua and Taufua Sili Apelu say they are suspicious of the practice of combining the rates of visiting friends and relatives (V.F.R.) with other tourists.

“Somebody is misleading people to invest in this industry,” Taufua said. Having enjoyed a successful run since 2003 with growth every year, a full house and bookings months in advance, their operation has never struggled with tourists.

But watching his peers in the industry struggle to fill their rooms gave cause for concern. Finally he and some colleagues sat down in 2015 to pore over the government statistics.

“The V.F.R.: that is the one that misled the people. They shouldn’t [include them] because they don’t stay in hotels, they stay with their families.” 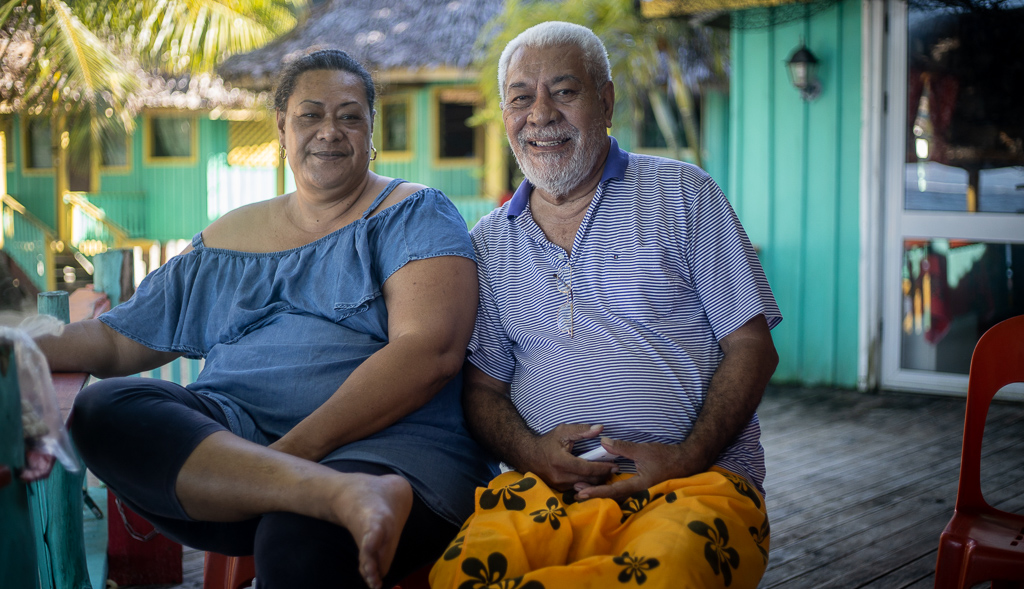 According to the S.T.A. there are now 128 overnight accommodation properties in the country.

Almost seven years ago, industry leaders asked the Government to help them grow the sector before looking to foreign investors to expand it with higher-end resorts.

Their plea came in the wake of the 2012-2013 Financial Year Samoa International Visitor Survey which revealed almost a quarter of properties had zero tourists stay with them that year.

The last S.T.A. annual report shows room occupancy rates performing significantly better than then but properties are still struggling to stay even half full.

In 2018-19 the overall average for room occupancy was 46.7 per cent. ‘Deluxe’ accommodation accounted for the majority of this, with a 67.2 per cent occupancy rate, while beach fales, budget and standard rooms barely reached 30 per cent.

While all categories performed better than in 2014-15 (deluxe rooms reported 41.5 per cent occupancy and beach fales reported a dismal 11.6 per cent), the S.T.A. has suggested the arrival of Airbnb may be challenging traditional tourism properties.

According to official S.T.A. figures there are 4,381 beds in hotels, motels and resorts across Samoa, and a further 796  beach fale beds. Of those, the majority are in the ‘standard’ accommodation category with ‘deluxe’ accommodation a close second.

Between 2015 and 2019, there was significant growth in tourism arrivals figures, including a massive jump in the visiting friends and relatives market. 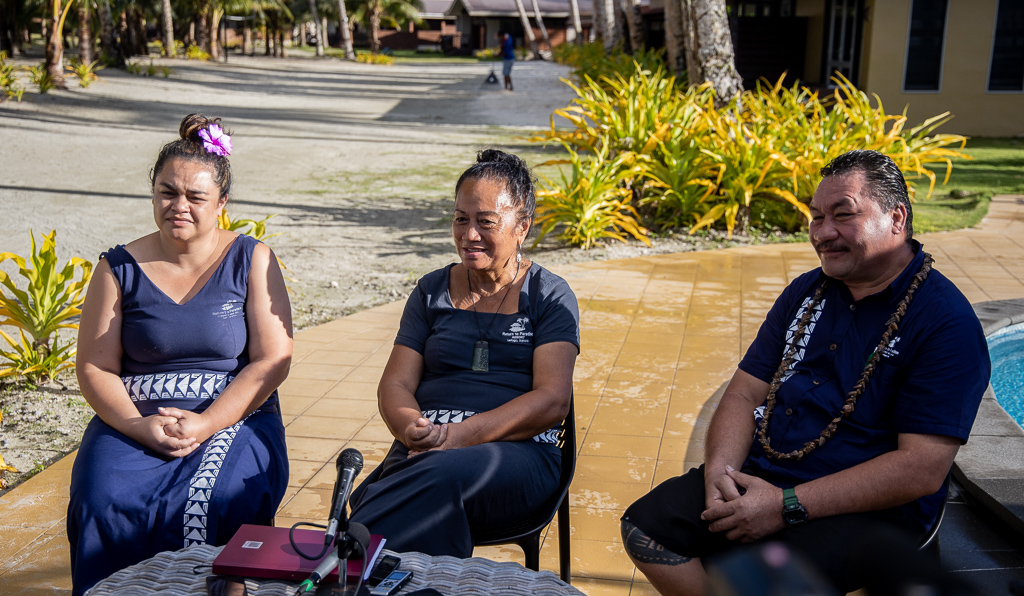 Managers of Return to Paradise Resort Ramona Sua Pale and Melanie Toailoa took the information about the growing V.F.R. market and changed the style of their resort, introducing self-contained rooms with kitchens and more rooms.

Ms. Toailoa said their original rooms were too small for families, and the resort had to accept that large groups will need to cook for themselves rather than dine at the restaurant.

“We continue to see growth every year and sometimes we are turning bookings away,” she said.

“Sometimes we have to know our limits so when we are close to full and we don’t have all the manpower then we sit at 80 per cent occupancy. But we are definitely seeing demand.

“Last year we were right on track to meet our target, we had already beat the year before, but then the measles came.”

Ms. Toailoa said while the current number of rooms across Samoa is good, they would caution the Government to be careful before approving more accommodation developments, saying another two or three large hotels would hurt the industry.

Ms. Toailoa said the main reason businesses are struggling to fill their rooms is for a lack of promoting themselves to the right market.

“Why are [tourists] choosing Fiji? Because Fiji are advertising, they are there, putting themselves out there.”

Earlier this year Ms. Toailoa attended a wedding expo in New Zealand, where she showcased Return to Paradise and Samoa as a wedding destination (before COVID-19 struck).

She said just two other businesses from Samoa attended the function: another hotel and a travel company.

“It was embarrassing on behalf of Samoa that we wasted that opportunity. When people say the market is saturated, well we had agents there, an opportunity. 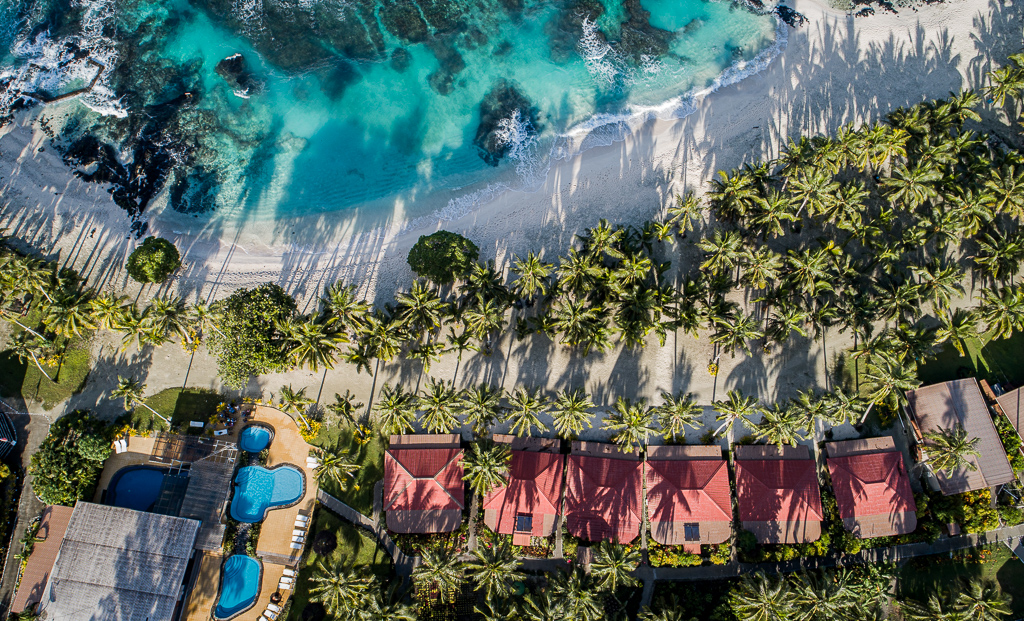 “It’s a resource that is available for all of us and the others are not taking.”

Acknowledging the cost of travel, she said the S.T.A. could be representing Samoa at events like these, encouraging smaller properties to make advertising material they can take to New Zealand on their behalf.

“Samoa Tourism probably needs to go and say I need your stuff, send it to our printer and we’ll print it for you.

In the 2018 to 2019 financial year, S.T.A. attended 54 trade and consumer shows. Nearly half were in Australia and New Zealand, while 25 were the United Kingdom or Europe, which in the last five years accounted for just four per cent of tourists (14.1 per cent in 2018/29), and four were in South Korea.

S.T.A. has not responded to a request for comment.