Vavau Beach is down a precarious road in Lefaga, but the pristine waters are worth the drive. (Photo: Aufa'i Areta Areta)

Hotels and beaches around Samoa are desperate for Sundays to return to normal, as they depend on weekend trade to make ends meet.

Despite slight changes made for hotels and restaurants in the beginning of July, hoteliers and beach fale owners say the changes don’t go far enough to free up trade and allow them to make money.

Return to Paradise managers, Ramona Sua Pale, and her daughter, Melanie Toailoa, said all the changes around Sundays need to be completely reversed.

“We would like to see this completely undone for hotels and resorts who rely on the weekend trade,” Ms. Toailoa said.

“The more we are without income the more we need the stimulus packages.” 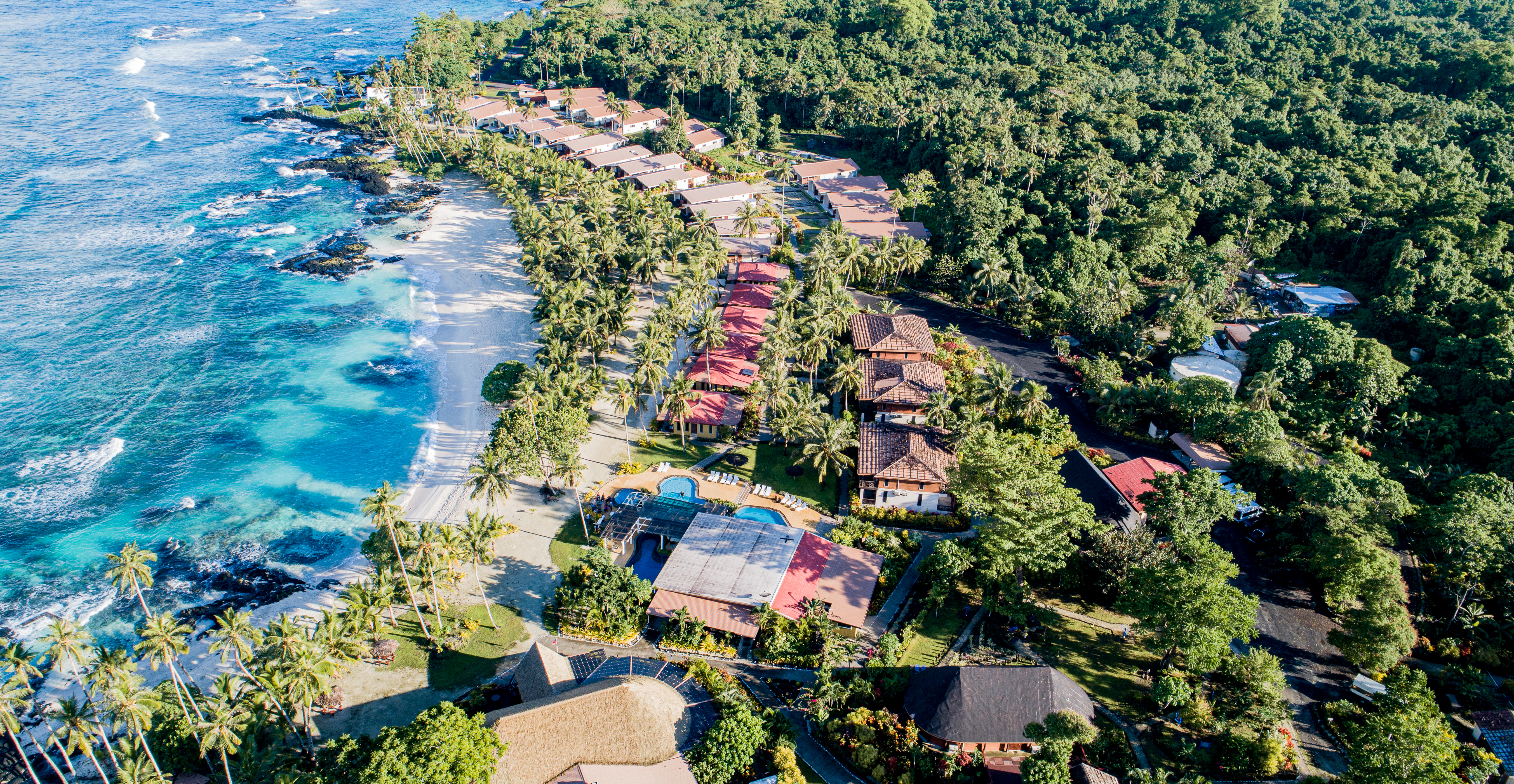 Under the state of emergency orders all trade on Sundays has been off the table for months, as has swimming in the sea or in rivers, and selling alcohol in hotels and restaurants.

Recently a slight change to the rules allowed hotels to serve non-guests food from noon until 10pm, and restaurants were permitted to offer takeaways on Sundays. All other businesses, bar supermarkets for limited hours, are not permitted to operate, including petrol stations.

During the week, the hospitality sector is forced to close at 10pm and supermarkets at 7pm.

Ms. Toailoa said the small amendment to allow dining-in will not make a big different to Return to Paradise, but it felt like an acknowledgement that the laws are unfair.

“I don’t know if it was a win. It was more like, oh that makes sense. We were wondering when you were going to undo that error,” she said.

To complicate the matter further, the state of emergency orders are not always been clear. For example the ban on swimming on Sundays explicitly says not to swim at the beach or in a river, but some have told the team it includes the swimming pool.

“We are going with what the state of emergency says, but for expert advice there is nobody,” Ms. Toailoa said. 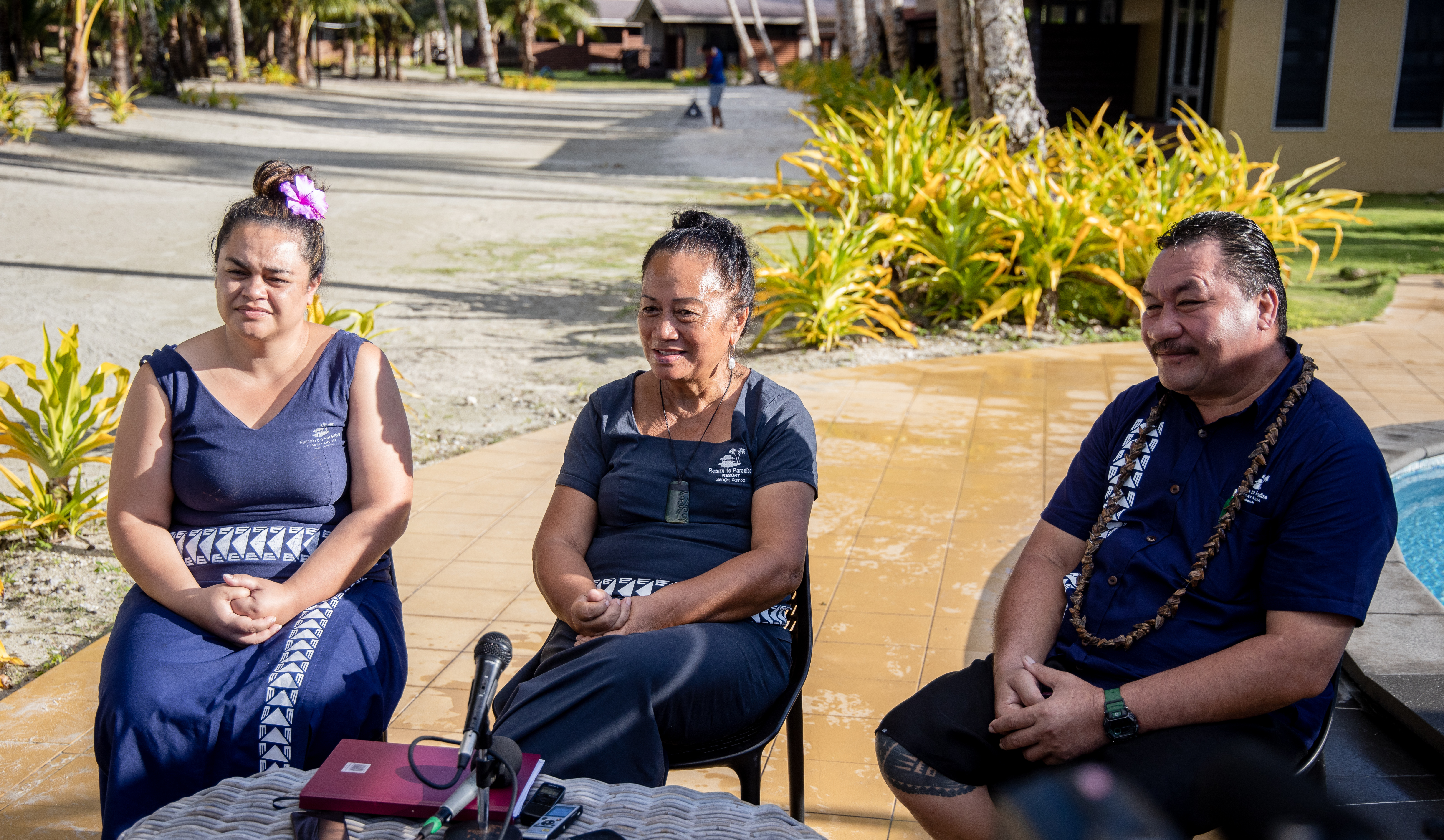 In Lotofaga, Vavau Beach caretaker Faapaia Aitasi said now that Samoa is without tourist her only chance to earn money is on the weekends. The Sunday restrictions, notably on swimming, slice her earning potential in half.

It means she is yet further away from her long-term goal to repair the bumpy, precarious road down to the beach. Ms Aitasi said if the road was better, perhaps she could earn more on a Saturday and it would ease the burden of the Sunday restrictions.

“But I am trying to find money to buy the cement,” she said.

“During the whole week no one is coming, only on Saturday [… so] I collect coconuts and sell them to buy the cement.”

She and six staff typically maintain the beach, weave fresh mats and blinds for the fales, and look after guests. Today all six are laid off, and Ms. Aitasi and her elderly aunt Susitina Fagaote look after the site by themselves.

“Sometimes I worry about my staff, with no money to buy something for their families,” she said.

“If I have no money from the beach I call my relatives in Pago or New Zealand to help my family to buy food, my kids school fees.” 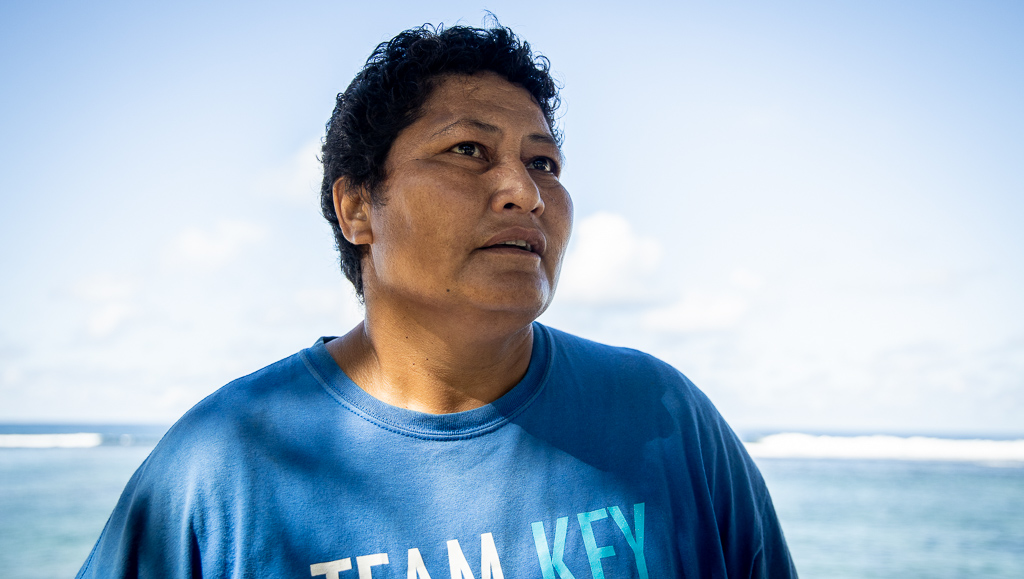 Meanwhile, Prime Minister Tuilaepa Dr. Sailele Malielegaoi has said the Attorney General’s office will draft a law to make the Sunday restrictions around business, dining and the ferry service, permanent.

The Samoa Tourism Authority has been talking to the National Emergency Operations Centre (N.E.O.C.) about the Sunday laws and making the working environment easier for the private sector.

Chief Executive Officer Faamatuainu Lenatai Suifua said he has heard the tourism industry’s concerns about the laws and has expressed them, and his own, to N.E.O.C. and does not know why he has not seen any positive changes yet.

“We are trying as much as possible […] maybe next time we will be lucky.”

Faamatuainu would not comment on Tuilaepa calling for permanent legislation on restricted Sunday trade, saying he will have more to say if he sees the legislation drafted. 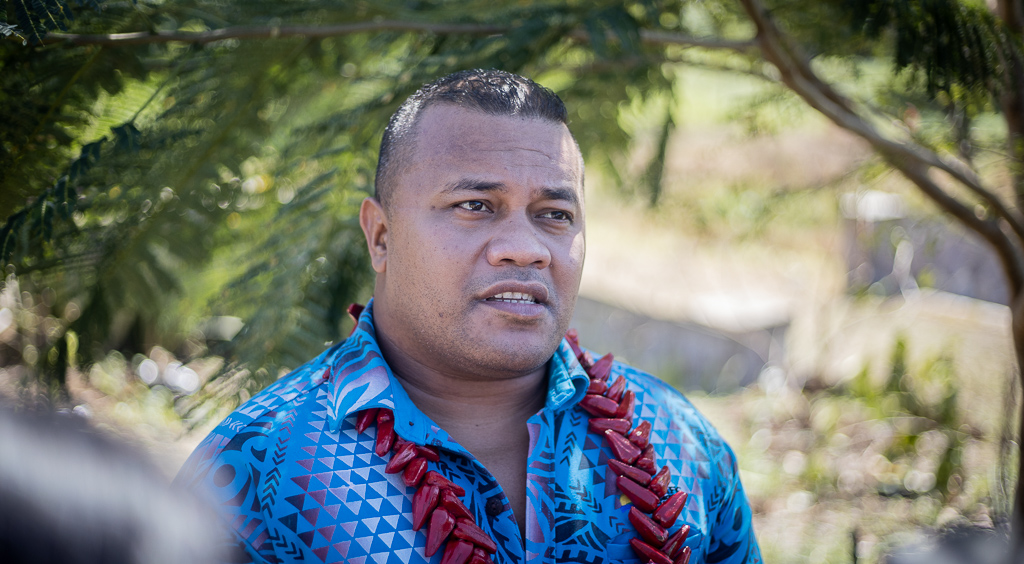 Sheraton Samoa Beach Resort Manager Mark Wendt said if any laws are passed they should give exemptions to businesses that serve tourists, arguing the country may struggle to attract guests if its laws are too conservative.

“In the long term you have to look at our guests and our tourism,” he said.

“If you have guests here and you can’t serve alcohol on Sundays it may be a deterrent for them to come and spend the weekend here or in Samoa for that matter. We’ll just have to wait and see and I am assuming there will be consultations.”

Meanwhile the Sunday restrictions have had a slightly positive impact at the Sheraton. In the first few weeks following the ban on Sunday trade, business was terrible but in the last month weekend bookings have increased.

Mr. Wendt said some people are willing to stay over on Saturday if it means they can access the restaurant and pool on a Sunday.

“We can’t really compete internationally if we are telling guests to come over but you will not be able to have an alcoholic beverage on a Sunday,” Ms. Toailoa from Return to Paradise said.

Since the laws were added into the state of emergency orders in April, Ms. Toailoa said she has been waiting for a representative from Government to explain the rationale behind the various restrictions, which has not happened yet.

“If someone can win you over with the argument that this is why we are doing this we can decide on which side we sit,” she said.

“But when there is none all we can see is that we have a business, we have obligations and we have over 100 people that are relying on us.” 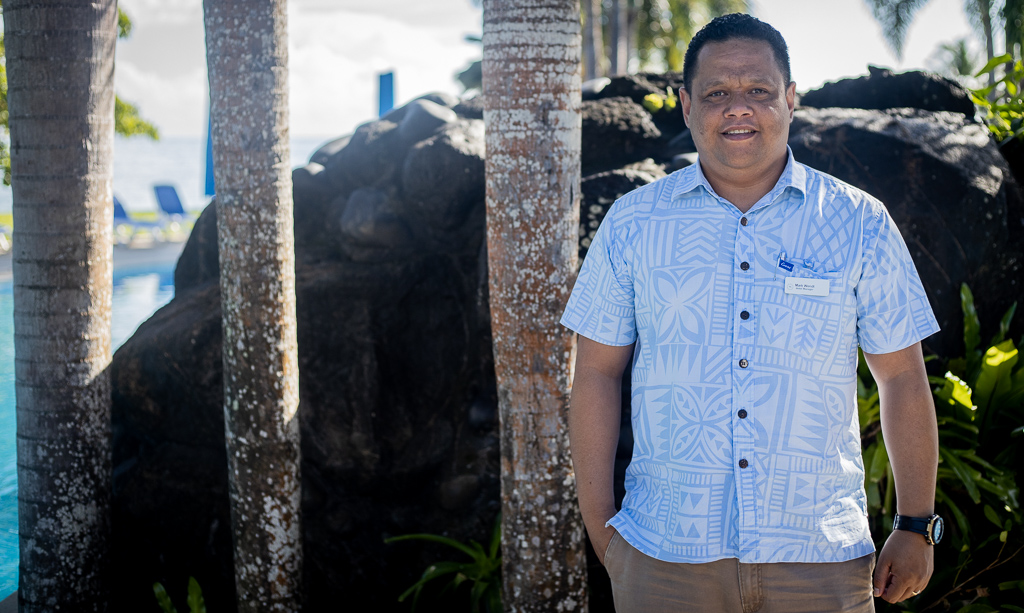 *Reporting on this story was done while travelling around Upolu on a media tour sponsored by the Samoa Tourism Authority.