Over 140 seasonal workers, in quarantine for 14 days, waited anxiously at the doors of Poutasi Hall for to be finally let out for emotional reunions with their relatives on Friday evening.

Poutasi residents and loved ones who had travelled from as far away as Savai’i and Manono islands embraced their husbands, sons and brothers as their period of isolation was officially declared over. 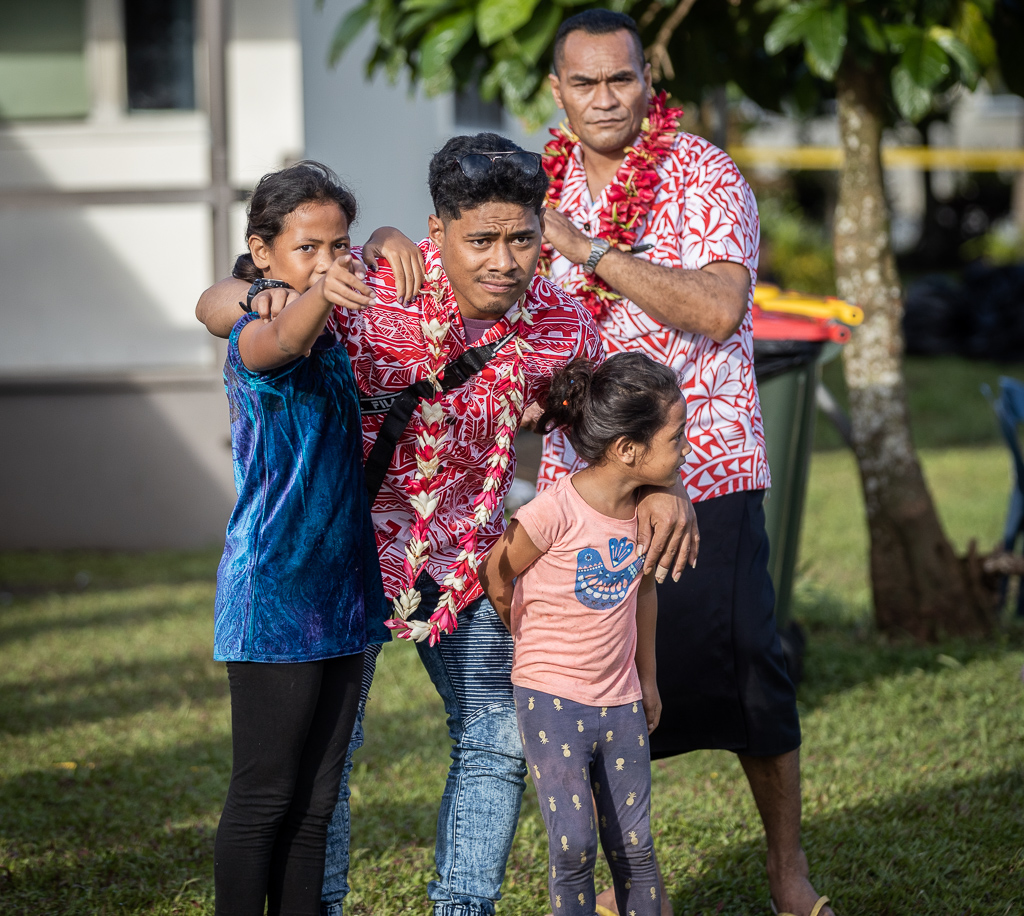 Members of the diplomatic corps, Ministry of Health officials and the Chair of the National Emergency Operations Centre (N.E.O.C) witnessed the homecomings.

Two weeks ago Poutasi offered to provide a quarantine facility for returning locals who had been working overseas. The idea was given the green light after discussions with the N.E.O.C and the Ministry of Commerce Industry and Labour. 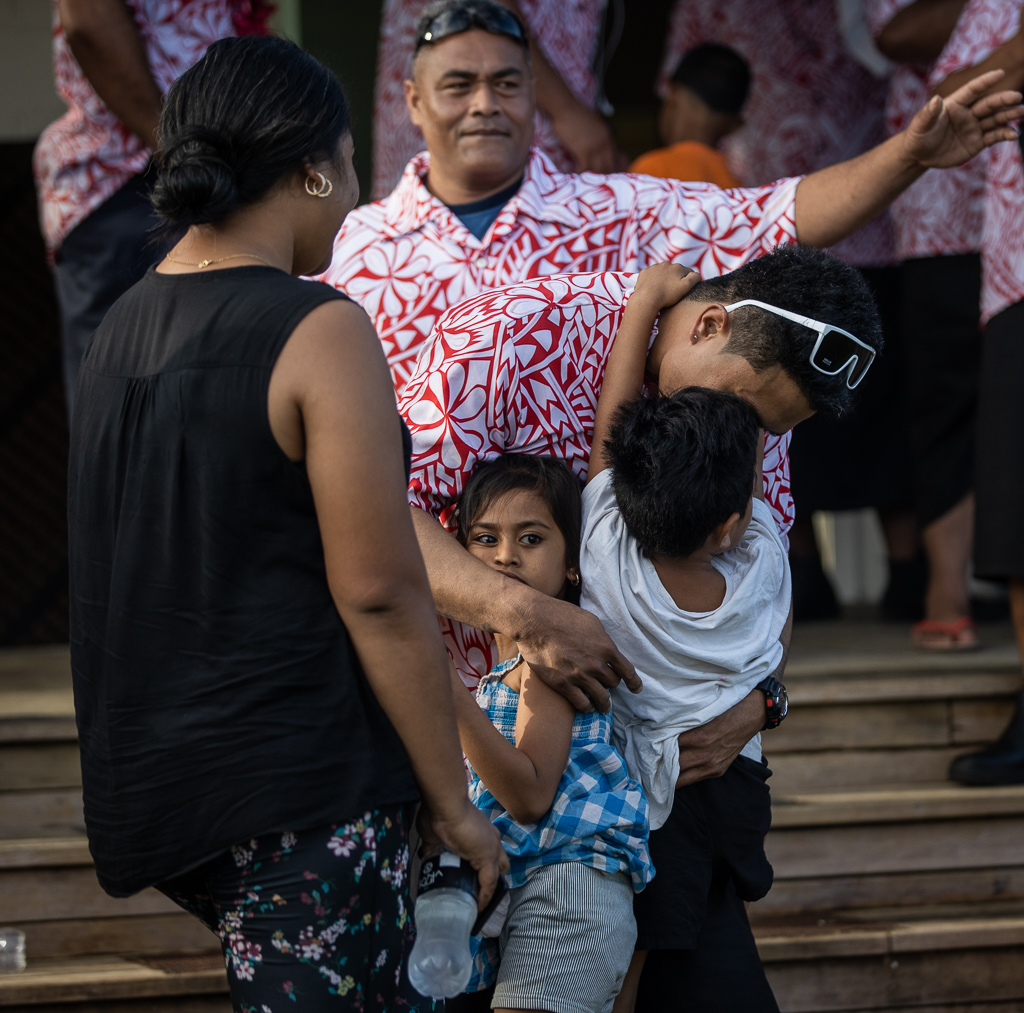 Speaking to the Samoa Observer, a-father-of-eight and the leader of the group of workers in quarantine was overwhelmed with the outpouring of emotions from workers and their families. 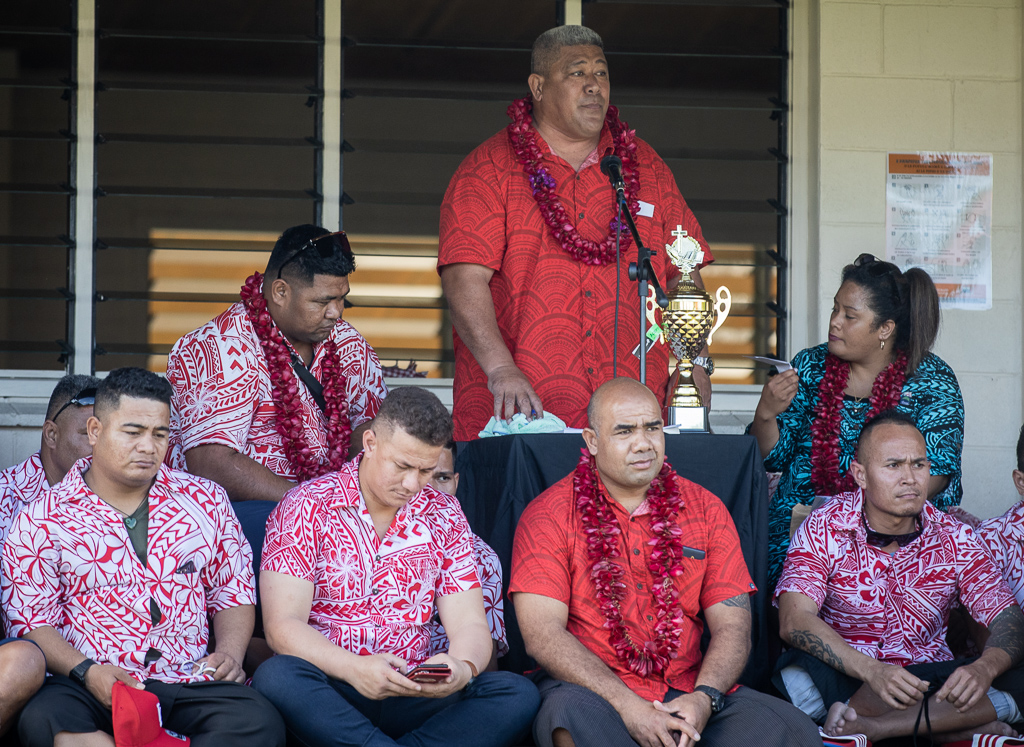 Fuimaono Auseugalelei Lagavale had what he described as the most emotional hug of his life with his youngest children after the event.

“Two weeks was not easy but the team effort of all the boys here got us through all the challenging experiences we’ve encountered within the 14 days of quarantine,” he said.

“The pandemic is undeniably a very serious challenge and problem which has wreaked havoc to our homes and has separated us from our loved ones but today, we feel great and touched as we’ve been cleared from quarantine especially to an overwhelming reunion like this.”

All 145 seasonal workers started their contracts in November last year and were supposed to return in May this year; but that arrival was postponed due to the global pandemic. 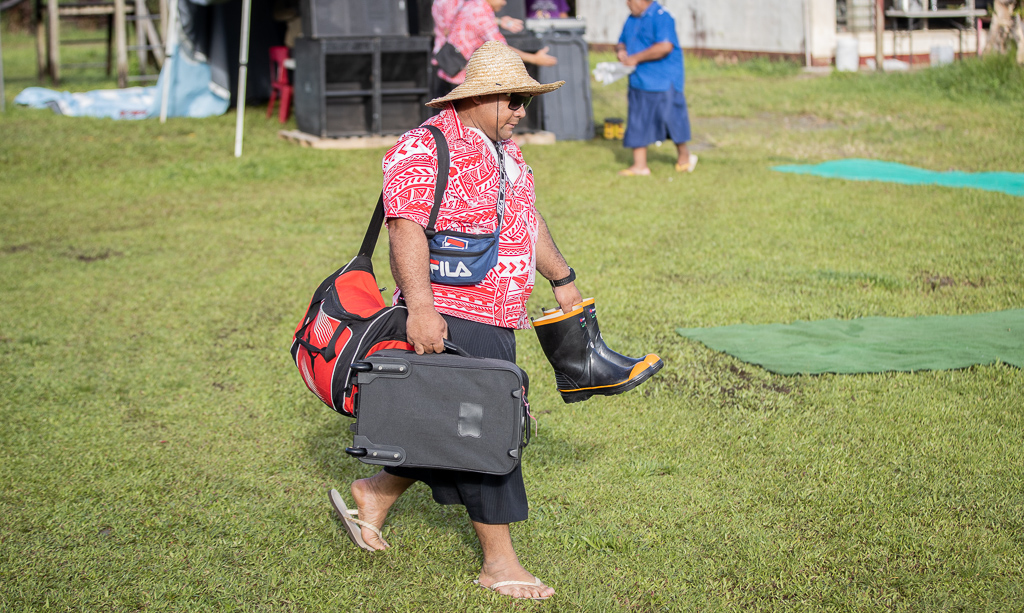 One of the eldest workers, Lufilufi Pokati Tulaga, 53, of Poutasi was desperate to reconcile with his one year old son whom he missed dearly. 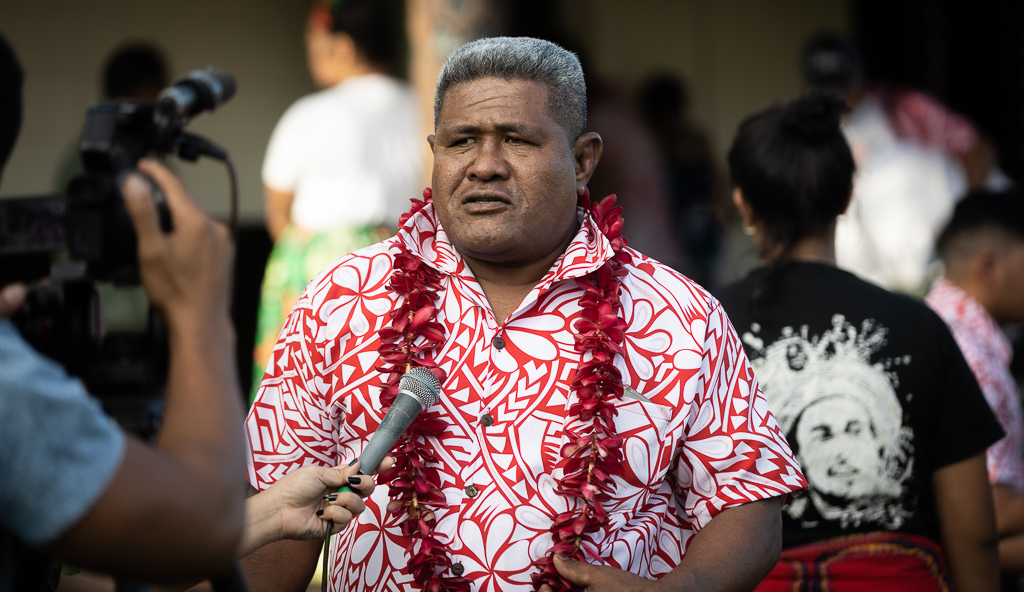 “He’s my only son and I was so down when I realised that I was going to miss his birthday although I knew that I needed to provide for him and my family,” he said.

Also waiting in line as his son was obtaining his final medical reports was a 70-year-old father from Poutasi.

Tanuvasa Samoa escorted his fifth of nine sons from the quarantine site to an emotional reunion spot at their nearby home. 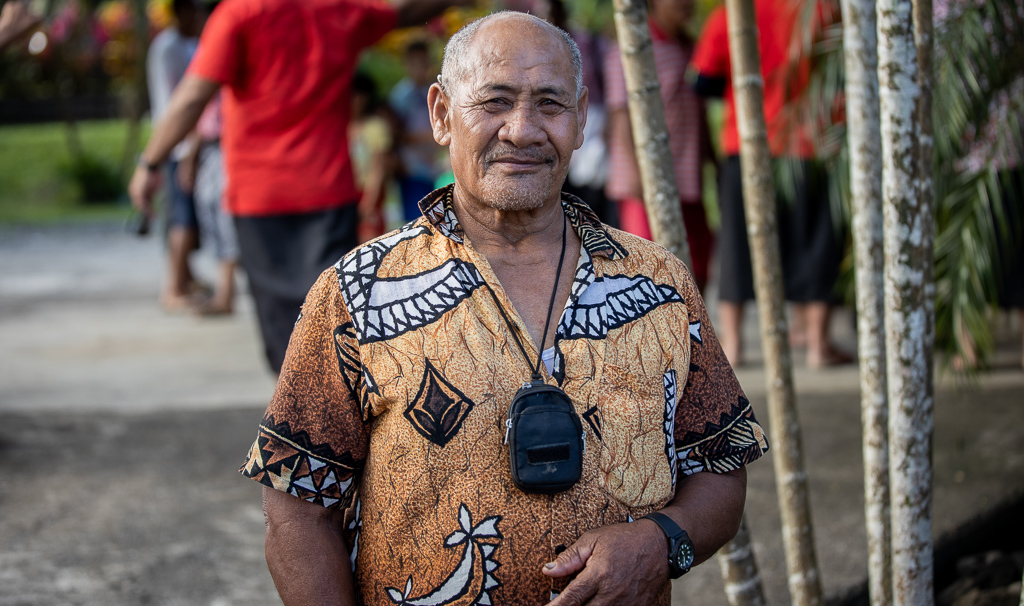 Another mother from Matatufu was in tears when she greeted her eldest son after so many months.

“He’s a momma’s boy and it’s the first time we’ve ever been separated and then this unfortunate pandemic happened but all thanks to God for he is home safe and free off all the fears I’ve had in mind,” she said. 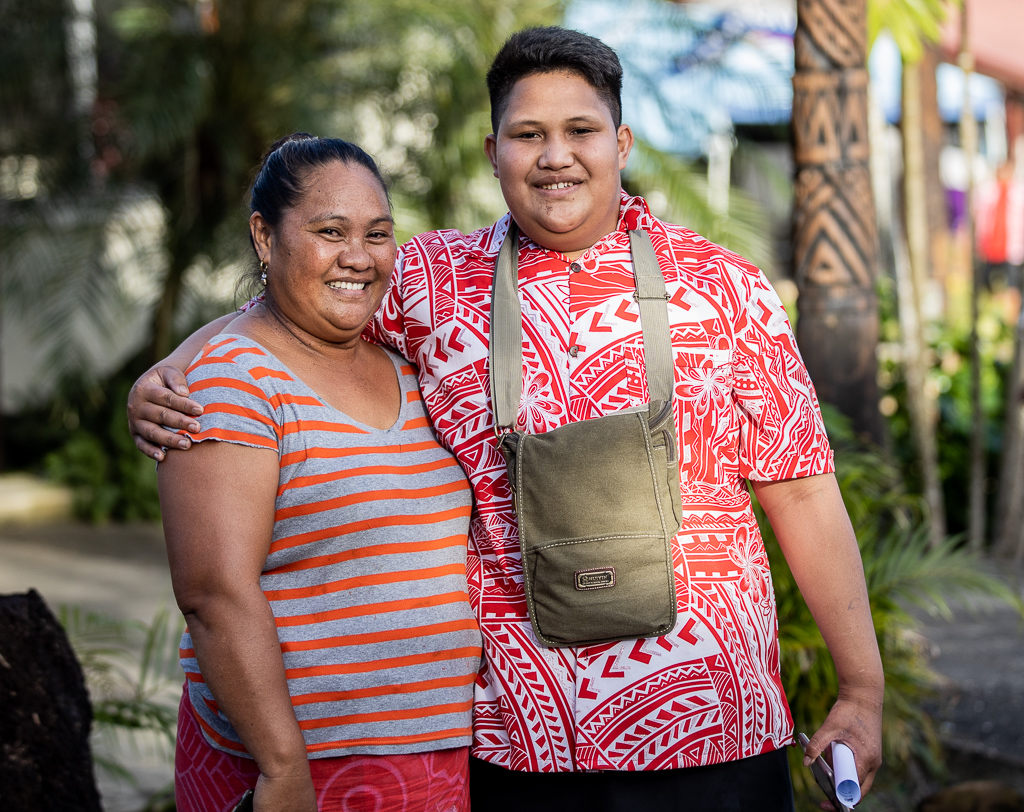 The event concluded with a traditional Samoan dance which officially opened the floor to the public to greet their members who were in quarantine.

Relatives of the workers were seen dashing through the dance floor towards the quarantine facility, grabbing their loved ones and their luggage and to their family vehicles. 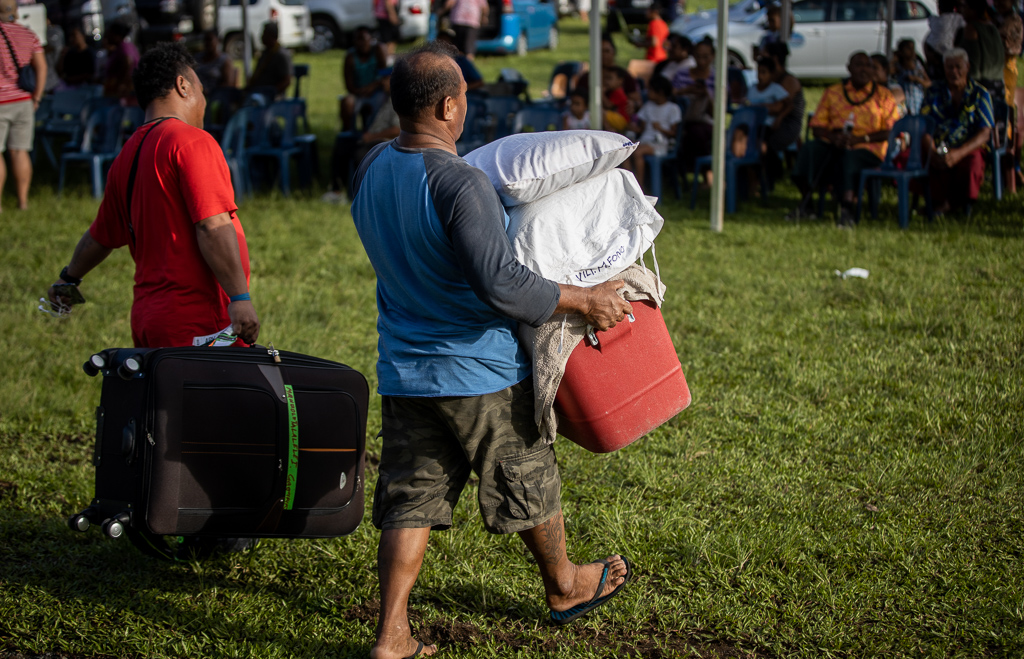 Each seasonal worker was assigned their own Digicel SIM cards, towel, face mask, toiletries, toothbrush, cup, plate, spoon, and a stock of food.

They also had a television with the international Skype channel to kill time.