The two took their oath in Supreme Court were admitted by His Honour Chief Justice, Satiu Simativa Perese, in front of families, friends and colleagues on Friday afternoon.

Mr. Pickering, who is of Fijian descent, said it was a privilege and honour to be admitted to the bar saying he looks forward to giving his best service.

It is not the 34-year-old’s first time swearing an oath. He was admitted to the High Court of Fiji in 2011 and practised in the Attorney General’s Office for about eight years before moving to be with his family.

He is married to Titilua Aiono Pickering. They have one daughter. 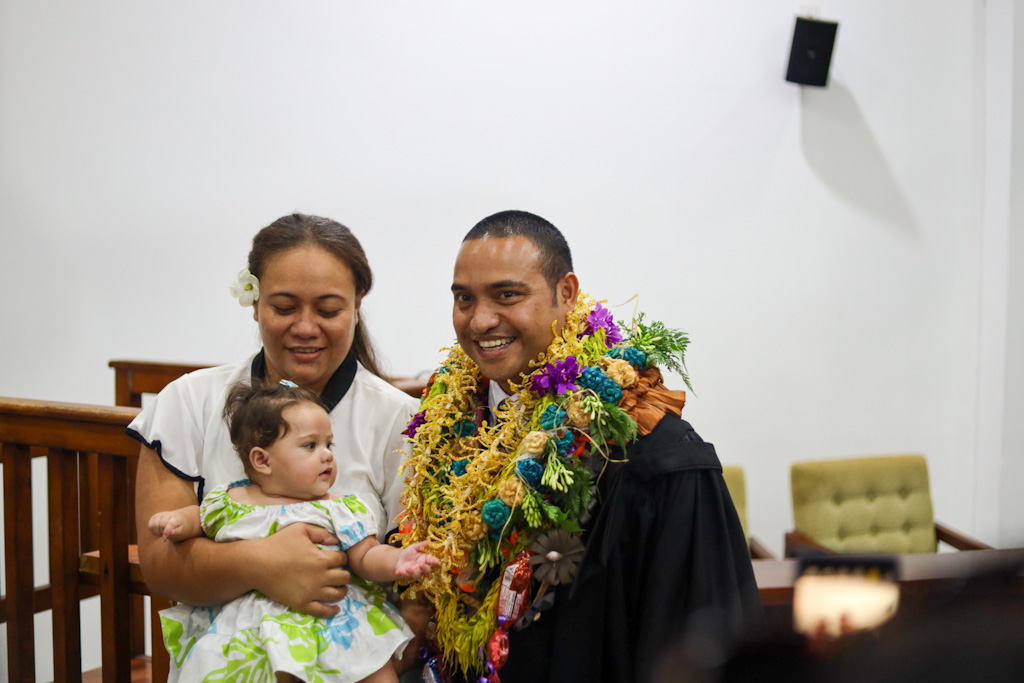 Ms. Sialaoa, is the daughter of the late Reverend Sialaoa Fotuogaiuteine and Milovale Milovale; she shed tears as she started to greet families and friends who had attended the brief ceremony.

The 27-year-old’s mother hopes that her daughter’s achievements can serve their family, country, church and, most importantly, teach a lesson about fearing the Lord.

Ms. Sialaoa, from Vaitele Fou, was the University of the South Pacific’s Telefoni Retzlaff Memorial Prize recipient, for the top Samoan law student of the year in 2018. 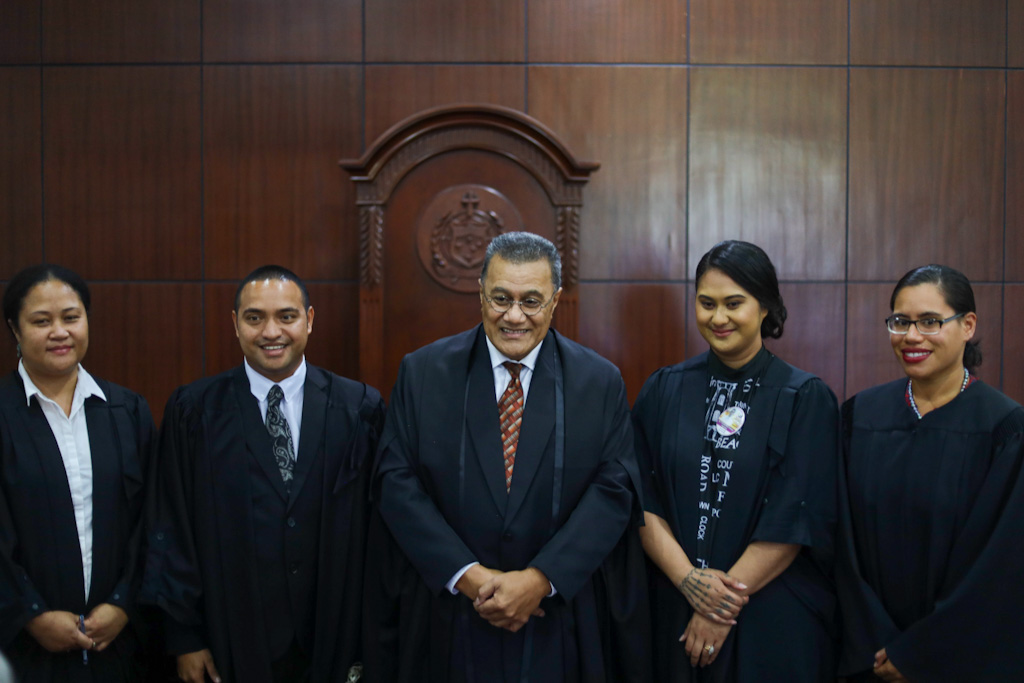 The alumna of St. Therese in Lepea and Samoa College initially pursued arts, while attending Samoa College, and continued at the National University of Samoa.

After receiving her foundation arts degree, she hoped to follow her dreams and complete a bachelor’s degree in law.

During the Chief Justice’s congratulatory speech, Satiu told Mr. Pickering and Ms. Sialaoa that they will continue to learn more about themselves as they practise law in the coming years and strive for the highest standards, even if they don’t “meet those standards sometimes.”

His honour, Satiu, also offered pointers for the new barristers and solicitors, saying the Supreme Court would be a guiding star in their careers, including its emphasis on the value of honesty.

He wished the lawyers a long successful and fruitful career and congratulated the families of Mr. Pickering and Ms. Sialaoa for their support.