The Evacuation Centre Project is funded by the New Zealand Government which is donating NZ$4 million (T$6.8m).

A.D.R.A. delivers what’s called the Participatory Approach to Safe Shelter Awareness (P.A.S.S.A) and Build Back Safer (B.B.S) as the two components of the project.  Training programmes for those two components are delivered in selected communities and once they complete the training, then it prepares them to present a proposal for funding. 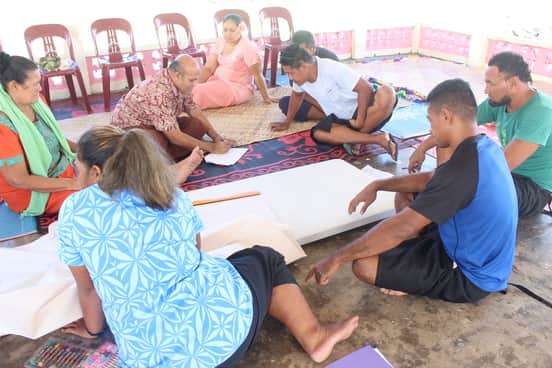 A.D.R.A’s Country Director, Su’a Julia Wallwork, said the project is designed to benefit the communities, as opposed to one or two families.

“To date, all the proposals they’ve given us are for evacuation centers so that each community is prepared and comfortable knowing that they have evacuation shelters in times of disasters,” she said

“For that, they qualify for a grant of $49,000 WST straight out and they can provide SWAT Equity, the labor and if they want something bigger than that amount then they have to fundraise to provide funds to match it.”

Some of the villages like Si'ufaga have already completed and built brand new buildings which they had co-funded.

However, other communities have used existing structures like school halls or church hall to upgrade to become an evacuation centre.

“Lepā upgraded their church hall to become an evacuation centre,” Su’a added. “For Lotofaga, they went through the training and then they applied for the funding. We’ve almost completed Poutasi, and for Poutasi they have used it to quarantine their seasonal workers.

“We upgraded it to become a complete centre because it was just a community centre before.

“But through the project, we were able to provide extra showers, toilets and upgrade the whole facilities so that it becomes a safe evacuation centre.”

They have also started at Patamea and have done the training for Fatuvalu with the project expected to start in 2 weeks’ time.

Because the centres are a community project, they can be used for anything the village wants.

“It can be used for on-going trainings for domestic violence, even for pandemic epidemics, for vaccination sites or public health visits and even village meetings coming together,” Su’a said

Su’a emphasised on the importance of these evacuation centres which A.D.R.A. has been manning since cyclone Evan for coastal communities and that inland where in the event of natural disasters such as tsunamis and cyclones, heavy rainfall or flooding that there is a place designated for the community to go to.

“Most especially in times of extreme disasters like the tsunami where the survivors are traumatized and need somewhere to lie down, be fed, be comforted and a place where the community can provide for them through their own evacuation centres which is what we encourage,” she added

The tsunami in 2009 was a turning point for Samoa which Su’a says gave Samoa a wake-up call for the need to be prepared and many programs sprung up from there.

“Disaster preparedness and A.D.R.A. has also been delivering with M.N.R.E. the C.D.C.R.M. (Community Disaster Climate Risk Management),” she added

“We train the communities to identify their weaknesses and strengths and then form their own response teams because we learnt from the tsunami that help takes time to get there.” 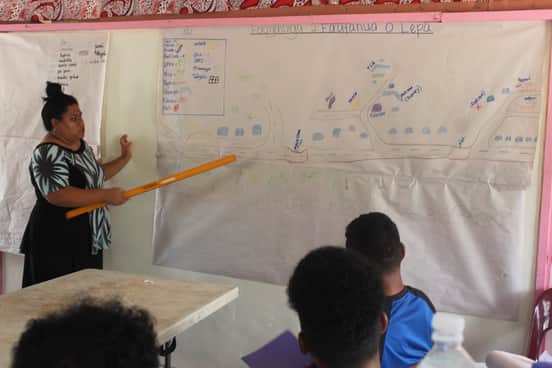 Through the C.D.C.R.M., the community is trained to be the first respondents while they wait for the official help to arrive.

“We teach them basic first aid so that they know how to help their own people,” Su’a added.

“In the training, we get to help them form themselves into committees particularly evacuation committees.”