An improved version of an old fashioned raw coconut oil is making its tasting debut this month. The product is from Fuatino’s Natural Products.

Tastings held at the Lucky Foodtown, Farmer Joe in Fugalei, Ulululoa and Vaitele have garnered the acclaim of the shopping public who have sampled fried chicken, eggplant chips and stir-fry chicken made with the product.

Amongst those impressed is Chef Horace Evans.

"I am a true convert now, cooking my fried chicken I was amazed at how little oil was absorbed into the chicken, over the period of three hours I used very little oil to deep fry seven kilos of chicken," he said.

Uaea Apelu of Fuatino's Natural Products said the tastings have been well received. And despite the oil being in the market for nine years, it was not known by consumers. 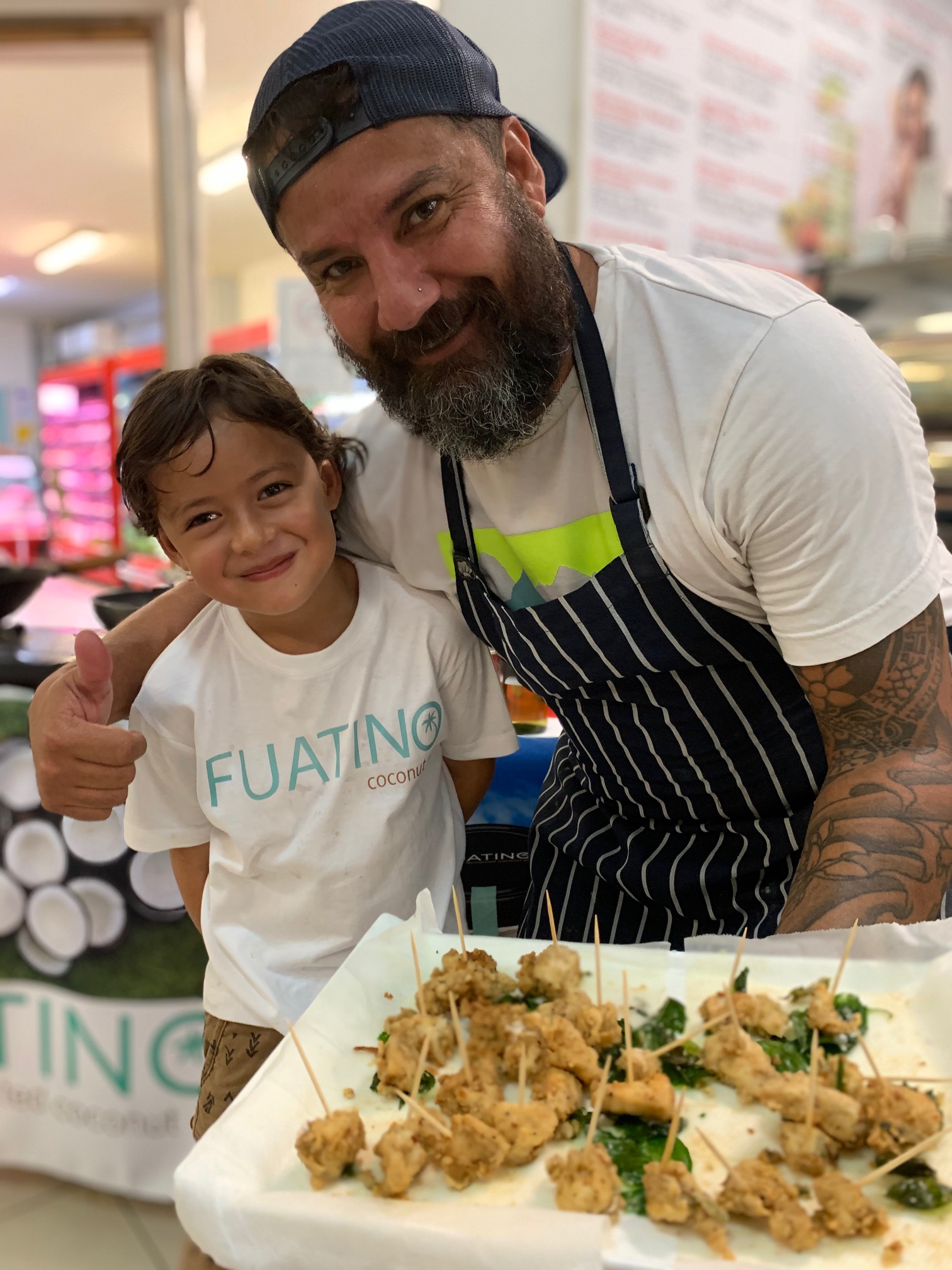 "These tastings have converted a number of people and made others more confident on how they can use it," Uaea Apelu said.

"Coconut oil is considered a superfood overseas and it is about time more of our local people also [benefitted] from the wonders of coconut oil."

Gabriel Apelu, also of Fuatino's Natural Products, said the goal of the tastings is to prove to the public that the oil does not have the strong coconut smell and flavour that people might associate it with.

"We use a raw process where we make coconut cream, and after letting it settle and naturally separate for between 12-16 hours before removing the oil," she said.

Extra virgin olive oil, coconut oil and animal fat oils, such as dripping, are much better oils to cook with.

And Extra virgin olive oil is a monounsaturated oil which makes it good for use in dressings or cooking with low heat.

But, Ms. Apelu says, where Fuatino Coconut Oil has an advantage is its ability to absorb more heat and use in frying.

The Fuatino’s Team will be at Myna’s Supermarket on Friday for two hours between, 4.30 to 6.30pm.

More information can be found on their website fuatino.com.