The Magic Circus of Samoa. (Photo: Vaitogi A. Matafeo)

The Magic Circus of Samoa plans to take its shows to the villages as part of its tour of Upolu and Savai’i.

The amusement park’s owner, Tupa'i Bruno Loyale, told the Samoa Observer in an interview that they have been practicing for months but have been unable to travel overseas due to the coronavirus [COVID-19] global pandemic.

He said they’ve decided to take their shows to the villages after a month of performances at their Tafaigata establishment.

"So we put together some really great acts, as a matter of fact, we got things that we never thought we were going to have before. We got an all ‘Samoan globe of death act’ with the motorcycles and the big ‘globe of death’ including my son little Bruno. 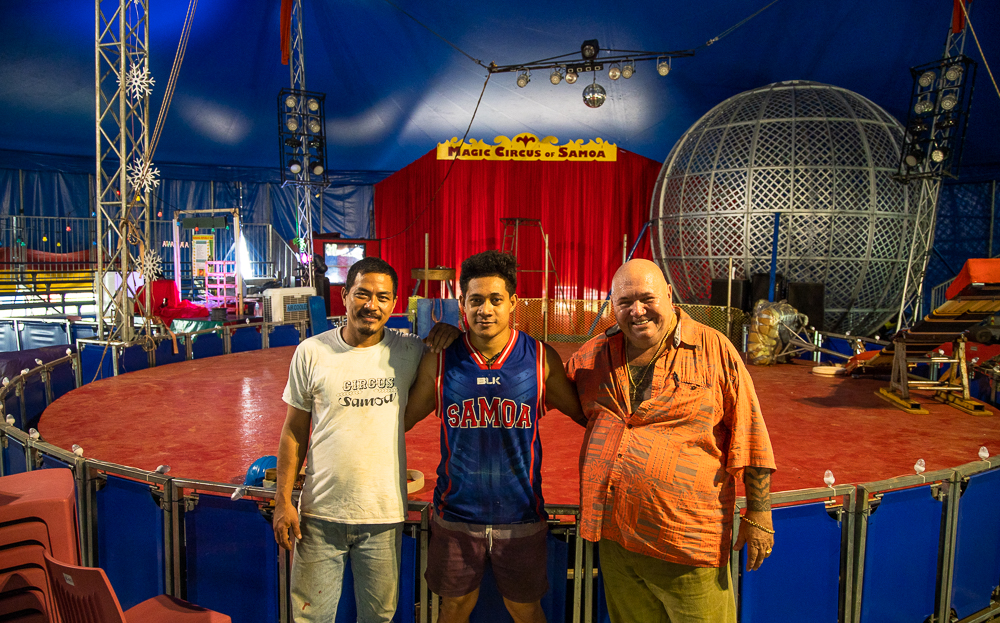 "We have got great acts. We have something that was done back in the 40s and 50s and then you don't see it. And now only some of the monks do it. I have one boy that does a one-finger stand. We have been working on that for a year, actually more than a year.”

In addition to the acts, Tupa'i reiterated they have also been practicing dancing such as salsa and traditional Samoan dancing for the show.

"We have a big strongman from Savaii, he does a great act too," he added. "We have juggling, we have acrobats, of course, the one-finger stand, we have a very funny comedy acrobatic act also. There are a lot of acrobats in the show.

"We have aerial acts. The whole show is almost all Samoan, I just have three people from overseas right now and the kids are brilliant, they are fantastic."

Tupa'i praised the Government for continuing to protect Samoa through its COVID-19 measures and hopes that a vaccine for the disease will be discovered soon.