This was confirmed by former Member of Parliament, La'aulialemalietoa Leuatea Schmidt, who also confirmed that they already have 50 candidates who are "more than ready."

But during an interview with the Samoa Observer his office at Maota o Samoa on Wednesday, La'auli said they would reveal more details after the party is registered.

"Yes! we will be registering tomorrow (Thursday)," said La'auli.  "We have not finalised the time and the details but we will have a written press release tomorrow. After all this long time, it's been a long wait but with our preparations, we feel everything is complete now (and ready) to proceed.

"We are well-prepared to push through with it. We are ready to go ahead tomorrow, on the 30th of July and officially register the new political party.

Asked about the candidates who have shown interest to contest under F.A.S.T., La'auli said: "There is no constituency in Samoa that has no member.

"We have members from all the constituencies in Samoa. That was the number we targeted from the beginning. We did not need hundred members or more. The total number of seats in Parliament, is also the total number of members we concentrated on."

He went on to say that they have met with all the interested candidates and all the constituencies.

La'auli said each member has the backing from their constituencies.

"We have met with all the members and tomorrow you will know all the candidates. These members are not just here on their own.

"They are here because their constituency has asked them to come. We aren't just bringing in members as they are, and they are not here as owners of this new political party.

"The 50 seats that are there (in Samoa), is also the total number of people who owns this party. And we will present it tomorrow. We already prepared documents and have given out to all the 50 constituencies for them to sign.

"But we will clarify everything tomorrow."

When asked if he is confident about the candidates that have put up their hands to run under the F.A.S.T. banner, in comparison with the new candidates who have already registered under the ruling Human Rights Protection Party (H.R.P.P.), La'auli said they are optimistic.

"I respect everybody who is going to run," he replied.   "We do not want to think high of ourselves; no one is thinking that we are better than them (H.R.P.P.). (But) We'll see; the only test for real gold is to put it through the fire.

"Our main aim is to reveal everything when it is closer to the time (of election). When everybody is in the boat, that is when the captain will stand up and blow the whistle for everyone to start rowing."

Nevertheless, his opinion was sought on claims made that they are looking at the possibility of having a female leader.

La'auli did not deny the rumours. Instead, he said it is the desire of other members to have a female leader.

"That is our prayer to God. Rumours have been going around. But we will wait until it happens, then we know it comes from God.

"I respect the wish of other members of our party (to have a female leader). Of course, yes! That is what they want, but we will make a decision once everyone is on the boat." 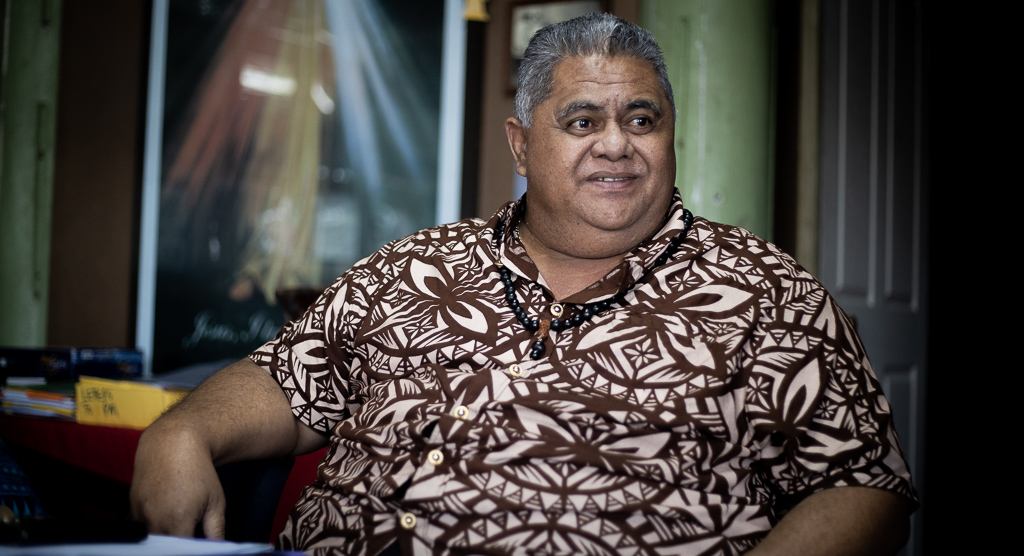 Lastly, La'auli said they are ready to rumble.

"I am confident, this is something we have been preparing for, for a long time now. I am (ready); more than I planned and expected."

"But we will announce everything in details tomorrow."