A senior matai from the village of Vaiusu says changes proposed by three bills currently before Parliament, especially limiting the number of matai sa'o [paramount chiefs] a family can have, "are unnecessary."

Ulugia Aukuso Simo offered his opinion when he was asked if Vaiusu supported the changes being proposed through the Government-sponsored bills: the Constitutional Amendment Bill 2020, the Lands and Titles Court Bill 2020 and the Judicature Bill 2020.

On Wednesday, Vaiusu met with the Special Parliamentary Committee tasked to carry out public consultations on the bills.

"Our village did not meet to discuss the matter," Ulugia told the Samoa Observer. "We have village a meeting on the first Saturday of every month. But we saw the public notice that was aired on TV so we are here to make a submission."

Asked if they support the changes, Ulugia said they needed to hear the explanation from the Committee before they make a final decision.

"We do not have a final decision on whether we support or reject the proposed changes. We want to hear what the Committee has to say and we want to have a fair understanding of the changes that are being proposed," he said.

"We also do not want to quickly make a decision because when it comes to lands and titles in Samoa, we have to be careful and thoroughly consider the effects these changes [will] have on our way of life and fa'a-Samoa.

"Because when we talk about the Constitutions and the amendments made to it, we have to be careful as it is a very sensitive matter."

Ulugia articulated that they were not reluctant to make recommendations to the Committee. 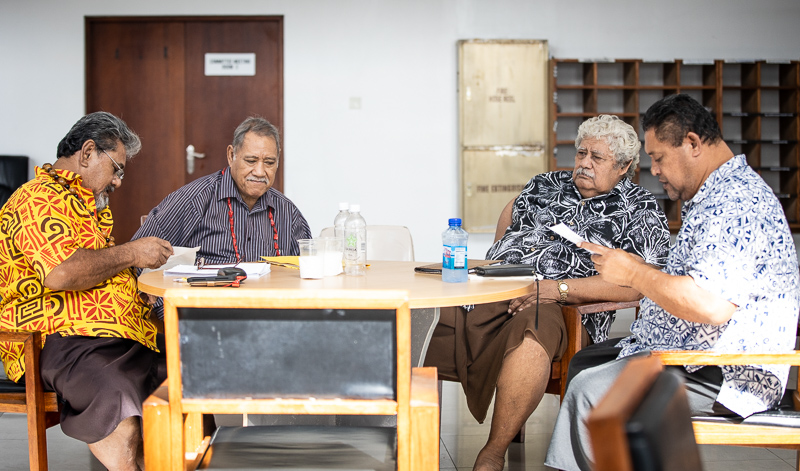 "We will not hesitate to make recommendations when we hear that something does not sit well with our culture and way of life."

However, Ulugia said the village is strongly against the proposed change of limiting the number of matai sa'o a family in Samoa can have.

"We are swaying towards rejecting the bills because of that," he said.

"We want to make a recommendation to revoke the controlling of the number of sa'o a family has to just five. We object to that.

Lastly, Ulugia said reshaping the Lands and Titles Court in Samoa is uncalled for.

"In my own humble opinion, I don't know why these changes are made, especially to the Land and Titles Court. The changes are unnecessary.

"If they [Government] wants to make changes in the progress of court cases in Samoa, they should make changes to the Supreme Court and not the Land and Titles Court.

"We should leave things as they are and not try and make big changes as it will create more problems and contradicts with our way of life."

Consultations continue for more villages this week in Upolu.