To really survive on domestic tourism alone, hotels will need to be creative and flexible to accommodate a different type of guest than they are used to.

The Manager of Sheraton Samoa Beach Resort, Mark Wendt, has been grappling with this question for the last four months, as the resort learns to make do without international tourists - even into the foreseeable future.

“It’s really opened our eyes to our actual revenue streams,” Mr. Wendt said of the global COVID-19 pandemic, which so far caused more than 600,000 deaths worldwide and infected more than 16 million people.

Samoa acted fast and shut down flights from affected countries in early March, then moved to a state of emergency and closed its borders entirely. Spared a health emergency, it is facing an economic crisis, with a $500 million hole in the budget.

Mr. Wendt said he thinks it is possible for the Sheraton Samoa resort to stay afloat without international arrivals, but not using old methods.

“Quite often in tourism you are always looking at the customer from overseas. For the last five months, it’s been all local.”

He hopes weekend trade will be enough to get them by for at least another six months.

And with restrictions around Sunday trading laws easing slightly, there is optimism it can be done with a bit of creativity. 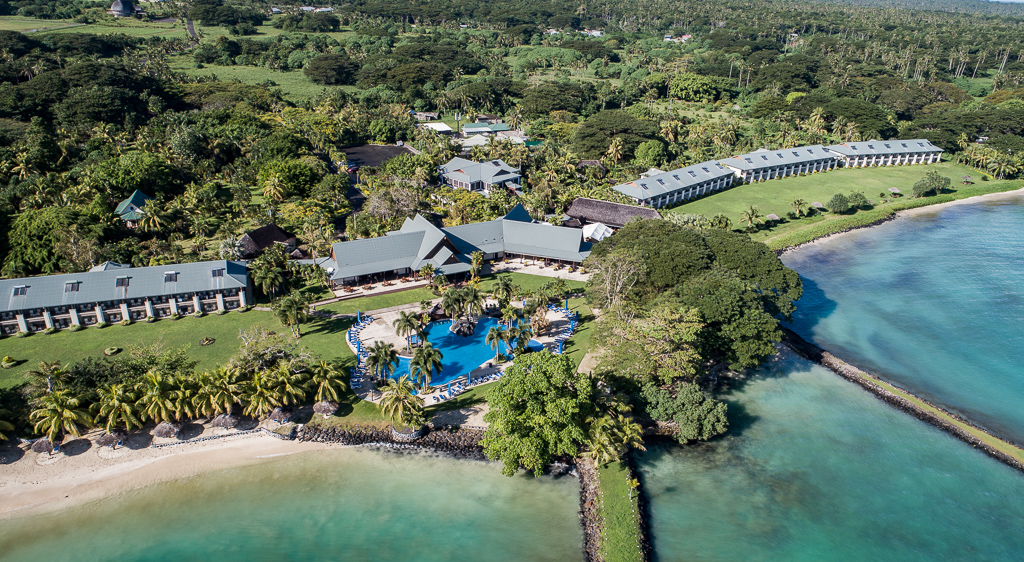 Sheraton Samoa Beach Resort, west of Faleolo International Airport, is one of the largest hotels in the country.

Marketing and selling a resort to the domestic market has been a learning curve, Mr. Wendt admitted. Samoan people are very different hotel goers to international arrivals.

In his experience, families come with their own food and drinks instead of spending on the restaurant and bar, and they rarely spend on the services the resort offers like the spa.

“COVID-19 has also told us that it is okay for us to run two different campaigns side by side,” he laughed.

“We have had to tailor to that to survive and also try and change our mind-set with our potential customers that could be here for quite a while […] our people are a different type of guests.”

The Sheraton Samoa Beach Resort is owned by Marriot, an international hotel company worth US$2.22 billion in 2018.

While its major shareholder is local – the Samoa National Provident Fund, which also owns 224 acres on which the resort is built – having that international brand behind it means it will likely see out this COVID-19 storm, Mr. Wendt said.

“The strategy for us at Marriot is clear, we are trying not to make anybody redundant. All the senior managers, right up to the top Marriot person overseas, we have all reduced hours in an initiative to try and help us sustain our costs.”

All that is left for the Samoan resort to pay for is wages and operational costs. But even that is no easy task, with power bills alone racking up tens of thousands of tala a month even with no guests.

“The fact that the two Sheratons are the two biggest properties in Samoa is quite misconceived by a lot of people that they are the two with the most money but the size of the property dictates how much it costs to run,” Mr. Wendt said.

It means limiting staff wages as best as possible, and trying as hard as possible to bring crowds in on the weekends.

A recent promotion aimed at children was a success in Mr. Wendt’s book: 50 children were part of a $40 a head day programme of activities and food, including a movie night where parents could take a load off and lounge by the pool before an overnight at the resort.

“You gotta ask who really makes the decision on where to go on the weekends,” Mr. Wendt laughed. “Is it the kids or is it the parents?” 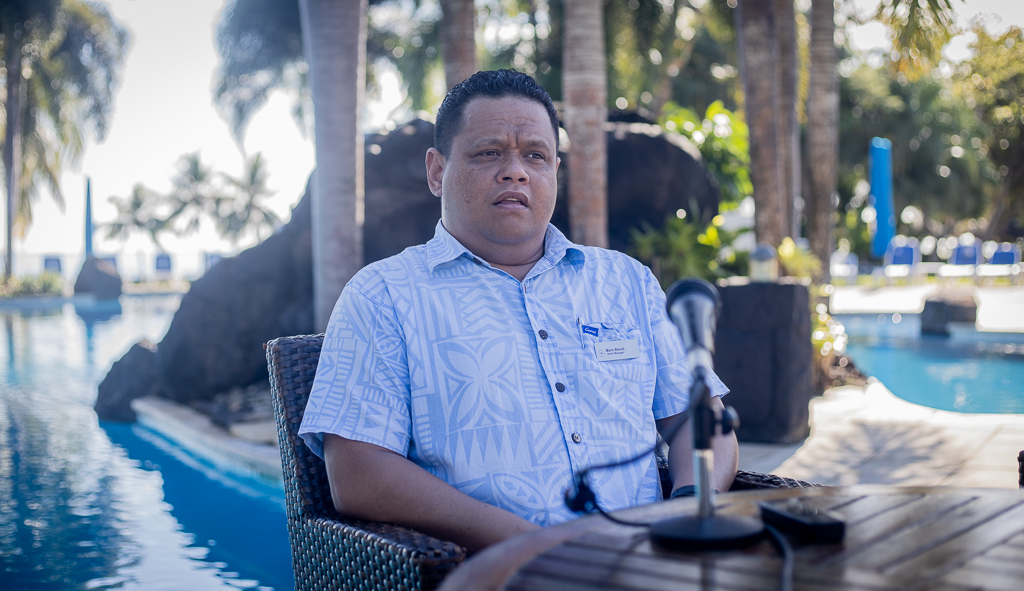 Sheraton Samoa Beach Resort manager Mark Wendt said he is getting more creative with how to attract the domestic tourist market to the resort.

Not every new idea has taken off. A poolside barbeque promotion flopped, for example, but there are more initiatives in the bag.

And although the Marriot group is helping keep the resort afloat Mr. Wendt admits that a “line in the sand” will have to be drawn somewhere, sometime.

“We will cross that bridge when it comes but at the moment we are trying to be positive," he said. “There are a lot of times you want to through the towel in the ring but the struggle is real and we have to keep fighting and working with Government and Samoa Tourism to come to some sort of conclusion on how we are going to try and sustain this market either locally or with borders opening.

“Until that is determined we will stay in the running as long as we can.”

He said the Sheraton has been grateful to receive a 50 per cent discount on their power bill from the Electric Power Corporation under the latest stimulus package, and hopes similar utility discounts can be applied in the future.

But there management is less optimistic.

“We are all in the same pool, even Government is feeling it. As much as the expectation is for Government to help us be sustainable we have to look at ourselves and our end as well.

“Just because we are a big fish doesn’t mean we get more food. We understand the circumstances and the challenges they have so we give them whatever they need so that they can give Government the right information and hopefully we get some form of additional support.”

To book accommodation or a day trip at the Sheraton Samoa Beach Resort in Mulifanua, call 84-62800 or contact the resort via their Facebook page.