The driver was alleged to have been under the influence of alcohol at the time of crash (Photo: Areta Areta)

A father-of five-died last Friday about midnight sustaining injuries from a car crash at Tuanaimato. Bystanders alleged he was under the influence of alcohol.

The deceased was identified as Papu Mariner from Safotu. He was a taxi driver and behind the wheel of one at the time of the accident.

He was in his 40s, and lives in Falelauniu with his family, at the Methodist Compound.

According to bystanders, it was just before 12am on Friday night when the deceased crashed into a ditch on the side of the Tuanaimato roads, near the football fields. 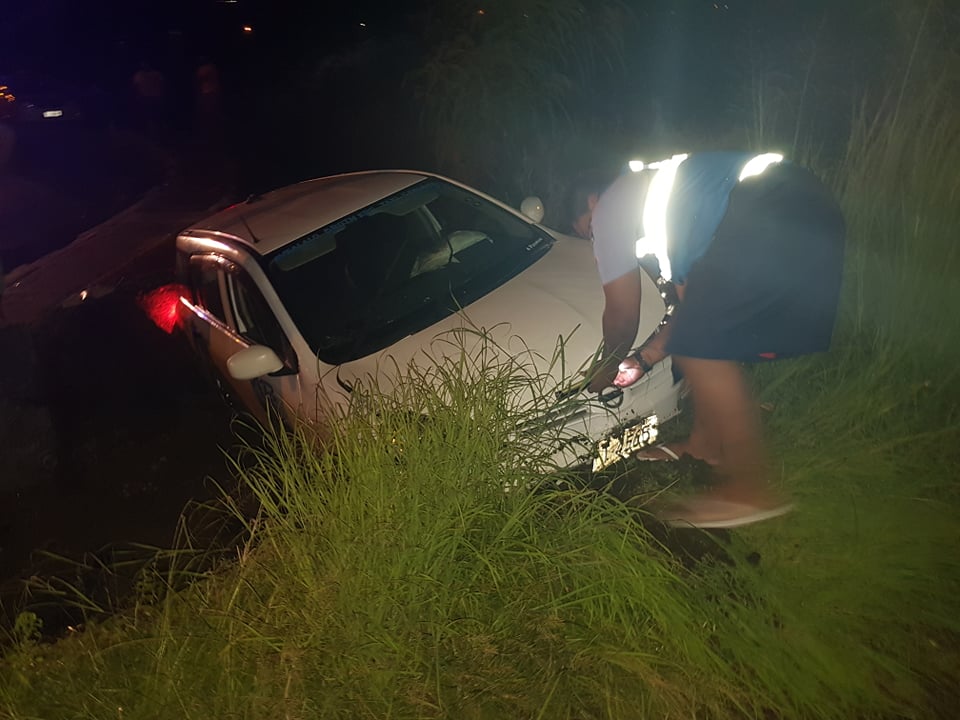 Police and first responders arrived at the scene soon after but unfortunately, the taxi driver died on his way to the hospital of internal bleeding, the Samoa Observer was told.

Bystanders said the deceased was not wearing a seatbelt at the time of the crash and the car’s airbag did not inflate.

The rising road toll and safe driving has spurred the government to convert the Fagalii Airport into a vehicle test-driving range and registration inspection site.

For years, the Police have encouraged the travelling public to take a proactive role when alcohol is involved.

That includes requiring drunk people to stay home, or travel by a taxi, rather than letting them get behind the wheel drunk.

People around those who are drinking should also be making sure incidents do not happen again, the Police Commissioner, Fuiavailiili continues to reiterate whenever there is an incident involving alcohol.

Last year in October, following two drink driving deaths from separate incidents within one Friday, Fuiavailiili Egon Keil, stressed the role of all parties' roles in preventing such incidents.

"If you see someone drinking and then hopping in their car, do something. Be proactive, you might save that person's life or somebody else's life,” he said.

"But these kinds of things here, the cops cannot solve these things alone, we need the community, we need community leaders, the village," said Fuiavailiili.

"And we need families and friends to stop these guys, it could have saved somebody's life."