A partnership between a local taxi stand and New Zealand-based company, Pacific 40, can now enable families living in New Zealand to pay the transportation costs for their folks back home.

The owner of the Lalelei o Atua Taxi Stand in Tiavea, Lisona Fiu, told the Samoa Observer that the partnership arrangement took effect last week with 11 taxis signing up to register with his taxi stand.

A taxi driver for a decade, Mr. Fiu initially ran a tour guide business with his wife, but were forced to shut down when Samoa closed its international borders due to the COVID-19 global pandemic in March this year.

Despite the tourism industry downturn, he said the demand for taxi services at this time in Aleipata is high.

“The demand for taxi services is quite high within the Aleipata district,” he said.

The idea to strike a deal with Pacific 40 emerged when he saw how his taxi passengers benefited from online shopping using the New Zealand-registered company’s platform.

“The bus services in our rural villages cannot meet the needs from our usual customers. Our taxi drivers are based in villages within the Aleipata district.

“And they are always on call, with Samoa under a state of emergency which has had some economic impact on our people including taxi drivers; I can guarantee that we earn more in our rural areas.” 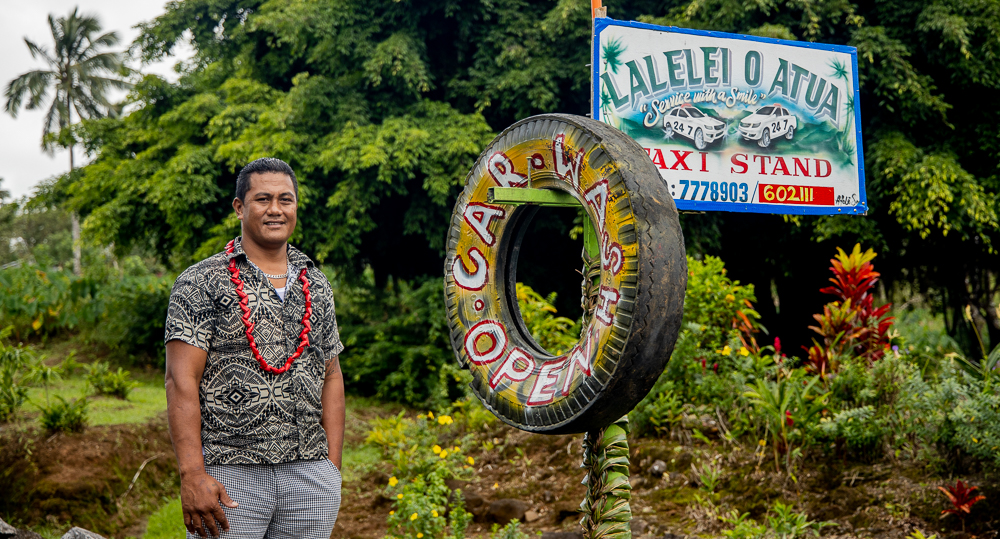 The taxi stand owner’s busiest days are Mondays, Wednesdays and Fridays which coincides with the medical check-up days for a lot of people at the Lalomanu District Hospital.

“It is because the majority of our passengers need to be transported to the Lalomanu District Hospital for their health checks, before our services and private vehicles, people especially our elders have had to walk all the way to the district hospital.

“The hospital usually call us that there are people that need our services, the prices will also depend on how far the passenger goes."

Mr Fiu said he got the name of his taxi stand from his village of Tiavea as he was inspired by the village’s consecutive victories in the inter-village beautification contest, in terms of Samoa’s most neat and attractive village.

"Going forward in the future, we also hope to increase our numbers of taxis because of the upcoming Tiavea airport being constructed."

Pacific 40 is a company formed in 2018 to explore ways for Pacific Island communities in New Zealand and abroad to support their families in the Pacific through remittances services. The company’s first project was looking at a convenient solution for online payment of goods and services from New Zealand to various industries in Samoa.

They have also launched the Talofa Voucher shopping service allowing customers in New Zealand and overseas to purchase a shopping voucher for their family in Samoa.