Saint Joseph’s College has secured the inaugural School of Origin title, with a last minute win over LDS Pesega College, 12-7, at the ACP Stadium, Lotopa.

The win by S.J.C's second team dashed the hopes of Pesega College, who went into the final day of the tournament with high expectations after a flawless performance last week.

But the result proves that anything could happen on the day.

Pesega College scored the game's first points through a try which was concerted, 7-0.

The first half was error-ridden and things got worse for Pesega when one of their players was sin binned for a high tackle.

Whatever was said during the break, SJC reacted right away when Lotu Ah Fook scored and with the conversion, the game was locked up, 7-7.

The score remained until full time which meant extra time was needed. 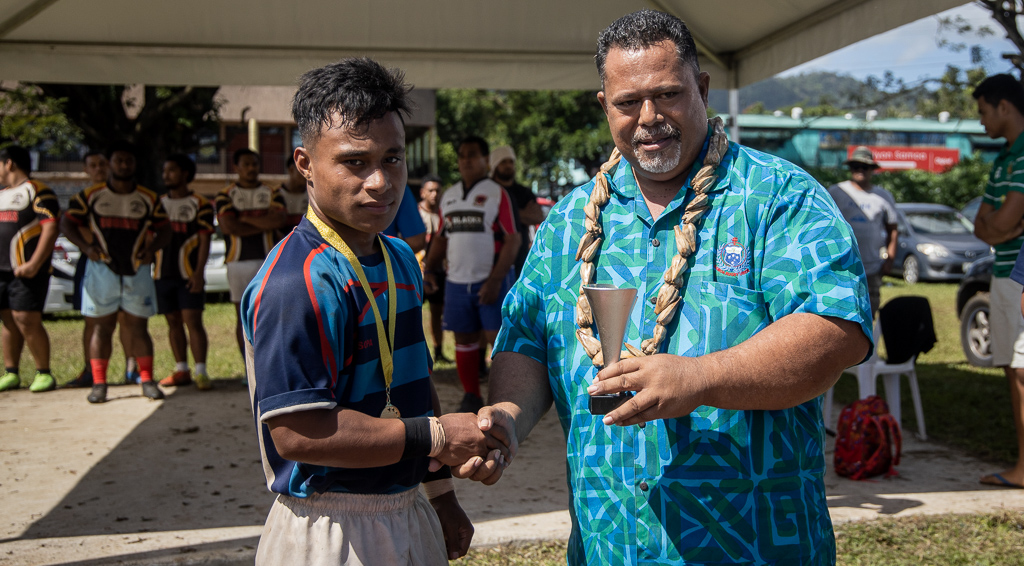 Ill discipline saw both teams lose a player each to the sin bin, reducing the teams to 14 players each.

With a minute remaining in extra time, Ah Fook found Pesega's try line to win the game for his team, 7-12.

“Their effort and hard work during the week has paid off," he said.

"The areas in which we knew was lacking on the first week of the tournament that’s where we worked to improve the whole of the week. We also looked at ways to get them used to playing under pressure. The game today with Pesega was a tough one but we studied our mistakes last week and we had come up with a better game plan.

"Pesega is a top team so we knew our competition and I guess that’s how we worked it out."

The Most Valuable Player award went to Lotu Ah Fook of SJC, he received a trophy from S.S.A.B.