Scene set for Vodafone 'Touch a Rainbow' at Taumeasina

Sports
There will be plenty of touch rugby action at Taumeasina Resort on Saturday. (Photo: Samoa Observer)

The scene has been set for Touch Rugby Incorporated's first tournament at Taumeasina Island Resort on Saturday.

More than ten teams have signed up for the tournament and the organisers are looking forward to a day of fun, activities and touch rugby action.

President Michael Wulf said taking the tournament to a resort, which has not been done before, is an idea to promote the sport of touch as an inclusive sport for everyone.

"Touch is one of a few sports where both men and women play in as one team (Mix division) so we encourage gender equality and for people to use touch not just as a sport but as a platform to encourage active and healthy lifestyle and social wellbeing," he said.

"Our rainbow theme highlights that touch is for all and also it promotes the health initiative of everyone eating healthy fruits and vegetables. With a trademark of our tournament every team will be receiving fruit baskets at the end of the tournament." 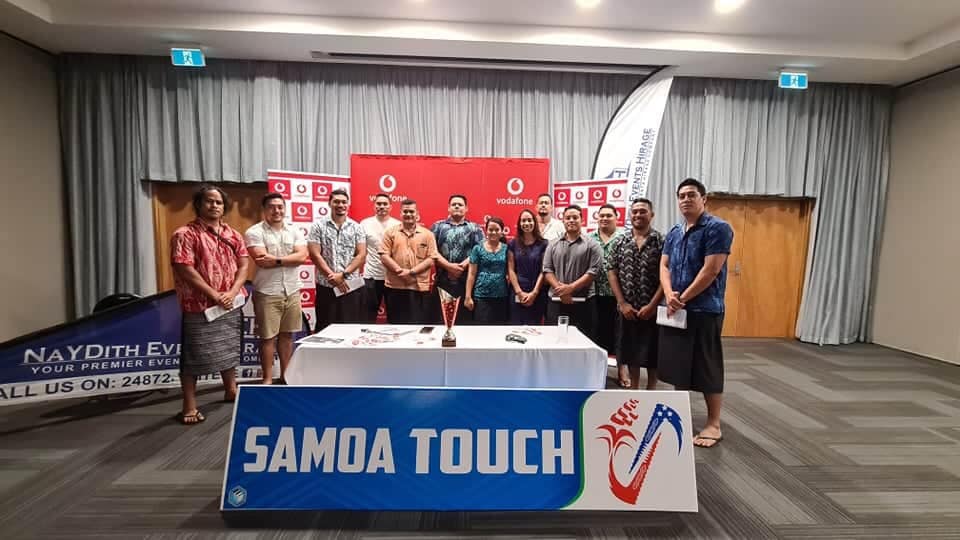 "I can confirm that there will be 12 participating teams for tomorrow's event, a good mixture of teams from old social grade teams from the previous social tournaments and a few new teams making their mark tomorrow," he added.

The tournament is hosted at Taumeasina Island Resort which is a first time for the Touch Incorporation to host it at a resort.

"We are very excited to host the tournament in Partnership with Vodafone Samoa who have come on board as the Official sponsor of Samoa Touch Events. Also we appreciate the support of Taumeasina Island Resort for hosting our event as this will be the first time we have hosted an event at the resort.

"Also acknowledging Naydith event and Hirage as they have been a strong support of Samoa Touch in our previous tournaments since 2018. Also All Samoa touch events are smokefree events as our ongoing partnership with MOH," he said.

Mr. Wulf is grateful for their major sponsor, Vodafone Samoa and their other sponsors including Taumeasina Island Resort, Naydith Events Hirage and Public Health Ministry of Health.

"We appreciate the support from Taumeasina Island Resort to host our tournament at their venue. We believe that it is a great opportunity for our touch community to engage with our tourism industry by coming down and supporting our event and also enjoy the hospitality of Taumeasina staff and their specials on offer as we understand that this is their birthday month," Wulf said.

"We hope that this can be a continuous partnership as Touch is well known in the world and maybe in the future Samoa Touch and Taumeasina island resort can partner up to host an international event that will draw in teams from overseas to participate. But that is the goal once the Covid 19 restriction and travel ban are lifted."

It is a one-day tournament and the value of prizes is an estimate of $5,000.

"This includes cash prizes worth 2,000 and 3,000 tala value of vouchers and consolation prizes. The Winning team will receive a cash prize of 1,000 tala, the championship trophy and vouchers from our sponsors.The tournament will last for one day, starting from 9am until 5:30pm prizegiving. This tournament is a build up to our next upcoming tournament which we will commence our Vodafone Touch a Crown Open Grade Championship next month. So it is a great build up and re-start as our last tournament was hosted in March this year since the Covid 19 SOE lockdown."