Ava producers are calling for more farmers, especially in Savaii, to join the market and start investing in plantations, saying that there is a major supply shortage for the crop, even for the local market.

Satuala Developments from Neiafu Savaii, a family agribusiness which mainly produces taro, taamu and ava is currently being run by a couple: Aliimalemanu Ropati and wife, Misileti Satuala.

And while they are encouraging more farmers to plant ava, the couple have also acknowledged the support of the Government’s investment to revitalise the agricultural sector called the Samoa Agribusiness Support Project (S.A.B.S.)

Speaking to the Samoa Observer, Misileti said commercially farming ava is not cheap and she understands why not many get into the industry despite the promise of good returns.

One of the biggest up-front expenditures is the wages of the workers and an ava pounder which is used to achieve the fine texture that is mixed to produce the ava drink.

“Recently we started to look more seriously into ava and we noticed that there is not enough supply for [it which…] is why we have started to really push for it while taro covers the gaps as ava takes three to four years before harvest time,” said Misileti.

“We tried getting assistance from the banks to fund [us], mainly [for] the wages of the workers and such but it was hard.”

Although it was during that search that Aliimalemanu said they were told about S.A.B.S. 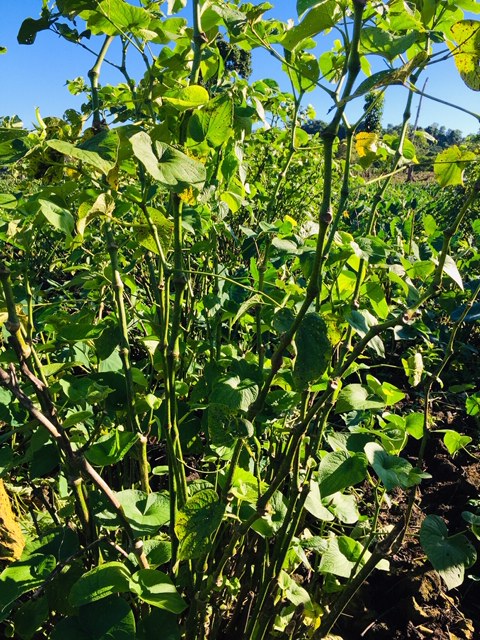 The S.A.B.S. project supports developing commercial agribusinesses in three complementary areas, including suitable financing support for agribusinesses to address the shortage of capital or a lack of collateral; which was exactly what Satuala Developments needed.

“[S.A.B.S.] assisted us in convincing the bank that it is a good investment to help for the farmers as most times, banks do not fund developments for farmers,” said Misileti.

“And it was S.A.B.S. biggest role for us that the banks said yes to fund our developments.”

The Satuala couple credited God for bringing S.A.B.S. to their attention as being a great help in securing the opportunity to leverage finance at attractive interest rates.

The other two components of the project include support services to agribusinesses to address their capacity limitations and improve access to markets and improvement of supply chain linkages and out-grower schemes to address the inconsistent raw material supply.

The marketing component of the project is next up on the Satuala's list of furthering developments with S.A.B.S.

The project is supported through a grant of USD$5 million from the Asian Development Bank and will run for seven years.

Aliimalemanu and Misileti said since joining S.A.B.S. late last year, they have been encouraging other farmers in Sava’ii to talk to S.A.B.S. about the expansion of their farms and the development of families, villages and churches.

Although collateral for expansion projects tends to crop up as a regular problem, Misileti added.

“The problem is that the programme is fifty-fifty, but [for] the farmers in Savai’i, most do not have assets such as lands that can be provided as collateral while the project guarantees the other fifty,” she said.

According to project facilitator, Leumaga Donald Chan, the S.A.B.S. Project also collaborates with the Samoa Business Hub to provide collateral to some eligible commercial agribusinesses.

“The S.A.B.S. Project financial support is channelled through the four local commercial banks, to provide partial collateral for commercial loans between $100,000 to $1.5million at a minimum cost of borrowing,” he said.

“Some of the expected macroeconomic outcomes from the SABS Project are increased rural and urban employment, decent income-earning opportunity for smallholder farmers, mechanisation of agriculture and expanded land use for agricultural production by large agribusinesses.”