“I have no objections regarding their plans; whatever they have decided upon, let it be," said La'auli. (Photo: Samoa Observer)
Politics

The former Cabinet Minister, Laaulialemalietoa Leuaatea Schmidt, has decried a decision by the Attorney-General’s Office to appeal his recent court acquittal on more than 100 criminal charges as “character assassination”.

La’auli was last month found not guilty of more than 100 charges of forgery, theft and obtained by deception.

But the decision to appeal the verdict has provoked the ire of the politician, whose seat was recently declared vacant in the wake of the legal victory, forcing him to face a by-election.

Speaking to the Samoa Observer on Thursday, Laauli said: “I have no objections regarding their plans; whatever they have decided upon, let it be.”

Although Laauli said his only concern is that their actions will only incur extra costs to the public funds, saying the Government has already spent over $1 million on his court case.

“They have already spent over a million talā on the main case and they lost, and I didn’t have anything to go against them regarding a lawsuit for malicious prosecution,” he said.

“I didn’t want to do that because who am I going to sue? I’m going to sue Samoa? So, I have my whole heart to forgive that matter but now, they are coming back to have the appeal now. It’s all going to cost the nation extra money again, that was my only concern.”

Apart from this, Laauli said that the appeal was a waste of his own time and money too: “But I still have to do it because I have to protect myself.” 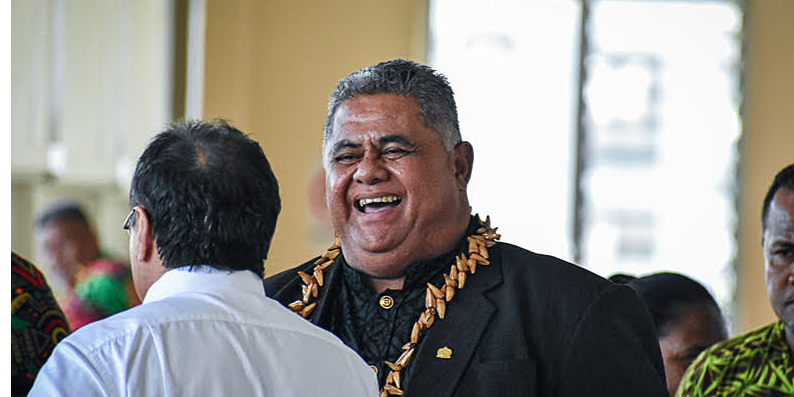 The appeal to Laauli’s case was referenced by the Prime Minister, Tuilaepa Dr. Sailele Malielegaoi, during his weekly programme with TV3 on Wednesday.

Speaking live on Facebook, Tuilaepa alluded to the matter as he was announcing the appointment of the new Attorney General, Savalenoa Mareva Betham-Annandale.

He spoke of the importance of the Attorney General’s role in strengthening the judiciary.

One of which, Tuilaepa noted, was the authority of the Attorney General to appeal a case verdict should the need arise.

“The reason why I am saying this is because I have been told that the verdict of Laauli’s case has been appealed by the Office of the Attorney General,” he said.

“Which means, it is stupid to say that the Prime Minister has once again taken La’auli to court; I have no involvement in this.”

Tuilaepa also dismissed claims that the decision to appeal the case is a waste of Government funds, saying there is “no such thing”.

“There is a budget of the Ministries which account for such things such as appeals which is part of their mandate,” said Tuilaepa.

“To the people who say it is a waste of money, does that mean if there is a lapse in court, do they wish to continue with such a dishonest court? The Attorney General’s Office cannot sit idly when they have the power to act, because what happens once can happen again.

“The money spent by the Attorney General’s Office is money that has already been passed [by Parliament] to operate with.”

Last month, La'auli was acquitted of more than 100 criminal charges.

The criminal charges stemmed from a longstanding dispute over Local Partners and Associates, a nonu company, between the accused and a senior Member of Parliament and Associate Minister of the Ministry of the Prime Minister and Cabinet, Peseta Vaifou Tevaga.