P.M. Tuilaepa shuts down claims the by-election had been forced without an official resignation from Laauli. (Photo: Samoa Observer)
Politics

Prime Minister Tuilaepa Dr. Sa'ilele Malielegaoi has responded to claims that the Gagaifomauga No. 3 by-election is being pushed through without a formal resignation.

Speaking his weekly programme on TV3 on Wednesday afternoon, Tuilaepa pulled out an A4 paper claiming it to be Laauli’s resignation letter and read it out loud.

“There have been claims saying the by-election has been forced when [La’auli] has not resigned, and it’s better for me [to read it out loud], here in front of me is the resignation letter,” he said. 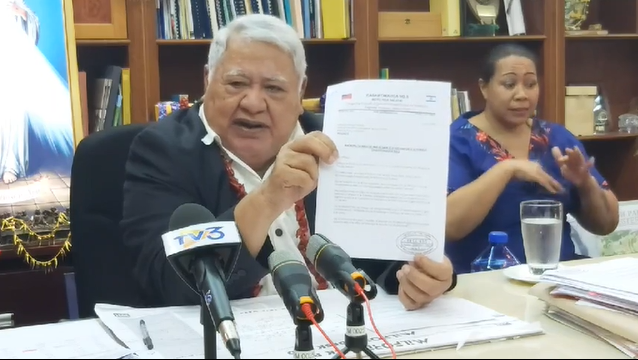 The letter is dated July 16, 2020 according to the Prime Minister, and was received and acknowledged by the Speaker, Leaupepe Fa’afisi Toleafoa on the same date.

In the written letter, Tuilaepa said Laauli’s resignation from the seat of Gagaifomauga No. 3 in Parliament is clear, saying his verbal resignation was from his heart.

Tuilaepa also clarified on the televised programme that he did not encourage him to resign, saying: "La'auli resigned on his own terms in Parliament."

He then lamented how he got caught up in Laauli's situation, but laughed it off, saying such issues only multiply his blessings.

The Office of the Electoral Commission declared the vacant seat in Parliament last week, two days after the date of Laauli’s resignation letter.

But when the Samoa Observer contacted a senior matai of the Gagaifomauga No. 3 constituency, Seve Avaula, he said they were shocked by the Speaker of Parliament's decision as they thought Laauli had not tendered a resignation letter. 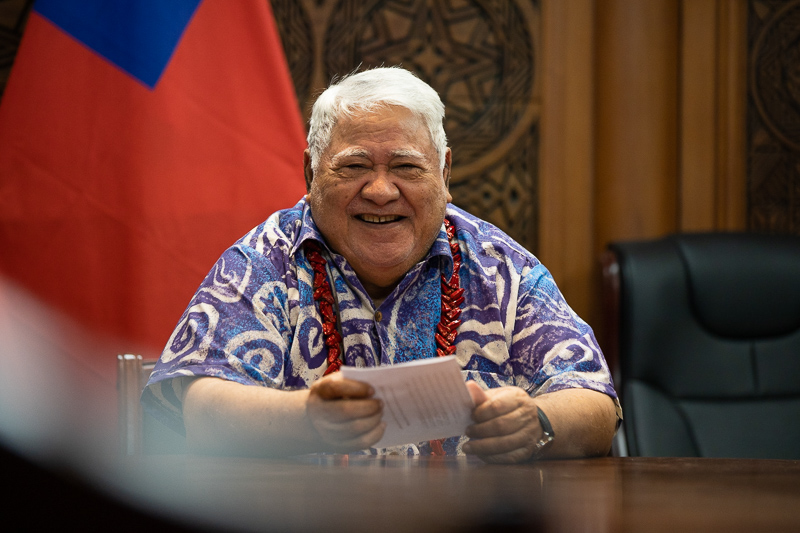 Instead the constituency of Gagaifomauga No. 3 told their Member of Parliament to set up his own political party.

The outgoing M.P for Gagaifomauga No.3, La'aulialemalietoa Leuatea Schmidt, verbally resigned from the Parliament early this month following recommendations of a Parliamentary Privilege and Ethics Committee Report, which found him guilty of contempt of Parliament.