Inside the school compound (Photo: Vaitogi A. Matafeo)

The old Tafaigata Prison compound has been turned into a new school by the Ministry of Education Sports and Culture (M.E.S.C.).

“A total of 20 acres in Tafa’igata specifically [where the] prison building is located, is now being leased for school purposes,” the Samoa Land Corporation Chief Executive Officer, Ulugia Petelo Kavesi, said in response to questions. 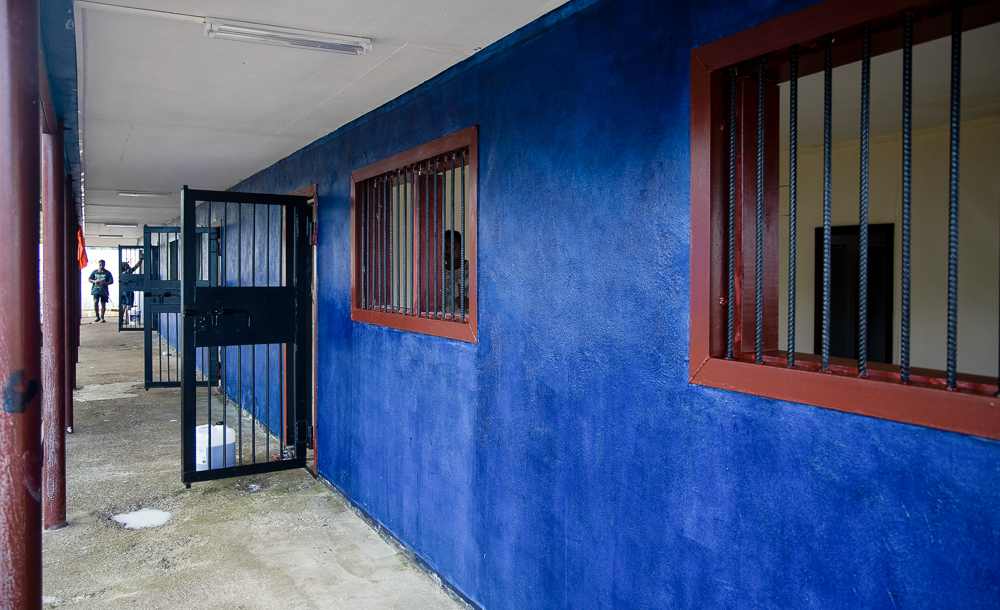 Last week the M.E.S.C. announced the “Tafaigata development” of a Primary School and Early Childhood Education Centre opening is scheduled next week.

They also announced that term three will start on 27 July, 2020 after the opening.

At the compound, classrooms were painted blue and red.

The building retains signs of its heritage, with metal bars on its windows not seen in any other school in the country.

The gate inside and outside the school received a facelift and was painted with slogans relating to literacy, numeracy and other educational aspects. 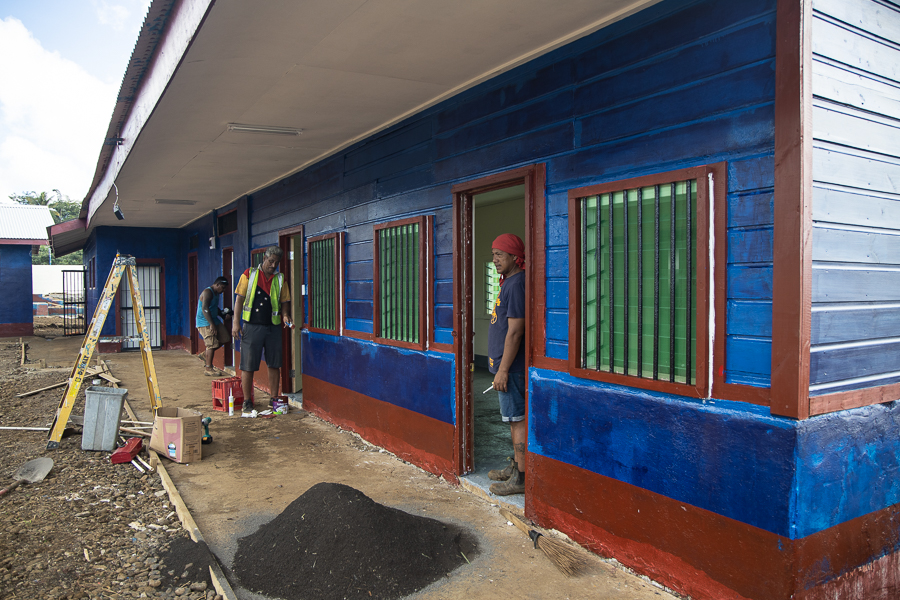 Ulugia told the Samoa Observer they have yet to finalise the paperwork with the M.E.S.C. on the lease.

The C.E.O. refused to divulge how long the lease is for, noting that “details have yet to be finalised.”

In the he Tafa’igata area, the Samoa Land Corporation oversees 118 acreages of property. Aside from the school a national park is located on some five acres and it is the site of the future national Police academy.

The area is also where some families were relocated from Sogi to.