Physical health is just as important as spiritual health.

Ask the Church Minister of the Vailele Congregational Christian Church of Samoa, Reverend Dr. Siaosi Salesulu, and he will tell you just as much.

This why the good Reverend and his wife, Sou Salesulu, have been encouraging active participation in sports for their church members.

One of the sports they have been involved with during the past few years is netball. With the help of Sunday school teachers, the church has been promoting netball as a way for women to stay fit, healthy and push for national and international representation honours.

“We started our netball team seven years ago, and we also have our men’s cricket team who all play on Saturday," said Rev. Salesulu.

"We do our best to make use of the kids’ talents and to help them be the best that they can be. Our team is made up of our Sunday school students and the kids of our congregation and there’s no one from outside."

The Reverend said there is a lot for their players to learn about netball but thanks to technology, they have watched a lot of youtube videos to help them

“The challenge being for us is that we don’t have enough knowledge of the sport. I think that’s the difference between a club and a Sunday school team," he said.

"For clubs like St. Mary’s, SCOPA, United Soulz, and others, they have people who are advanced, knowledgeable and have many ideas about netball but for us a Sunday School, we only have ourselves and the youtube channels that we watch to give us ideas to teach our students." 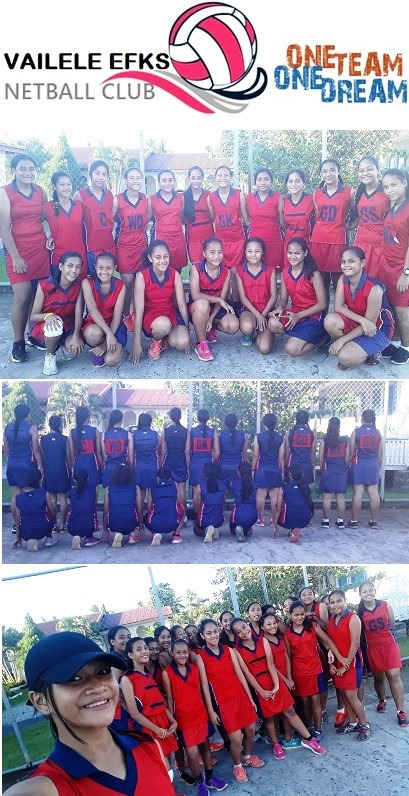 Rev. Siaosi said the win took him by surprise.

"When my wife called me that they won against St. Mary's, I was surprised," he said.

"After all, St. Mary's is one of the biggest teams in the competition and they also have proper training from their old girls' association and everyone who helps out with their training. But for my team, we only give them how much we know but this was epic for our girls and us as well."

The win has given Vailele extra motivation at training.

For Mondays and Tuesdays, the team will have their runs, and then from Wednesdays to Fridays, they have their ball drills in preparation for their matches on Saturday.

"Every team in the competition is a challenge for us, but I believe in my girls and I know they can do it," said Rev. Salesulu.

"They have been in other tournaments and they were able to win a few tournaments as well. So, I have confidence in them and they are well-skilled, I am very happy with their performance throughout the whole tournament."

The Vailele E.F.K.S has three teams competing in the PFL National Netball League.