While waiting to defend their title in the A’ana Provincial Sevens, Nofoalii Rugby Club received extra inspiration on Friday with a donation of new gear.  The club were crowned the winner of the A’ana Taxi Provincial Sevens last year 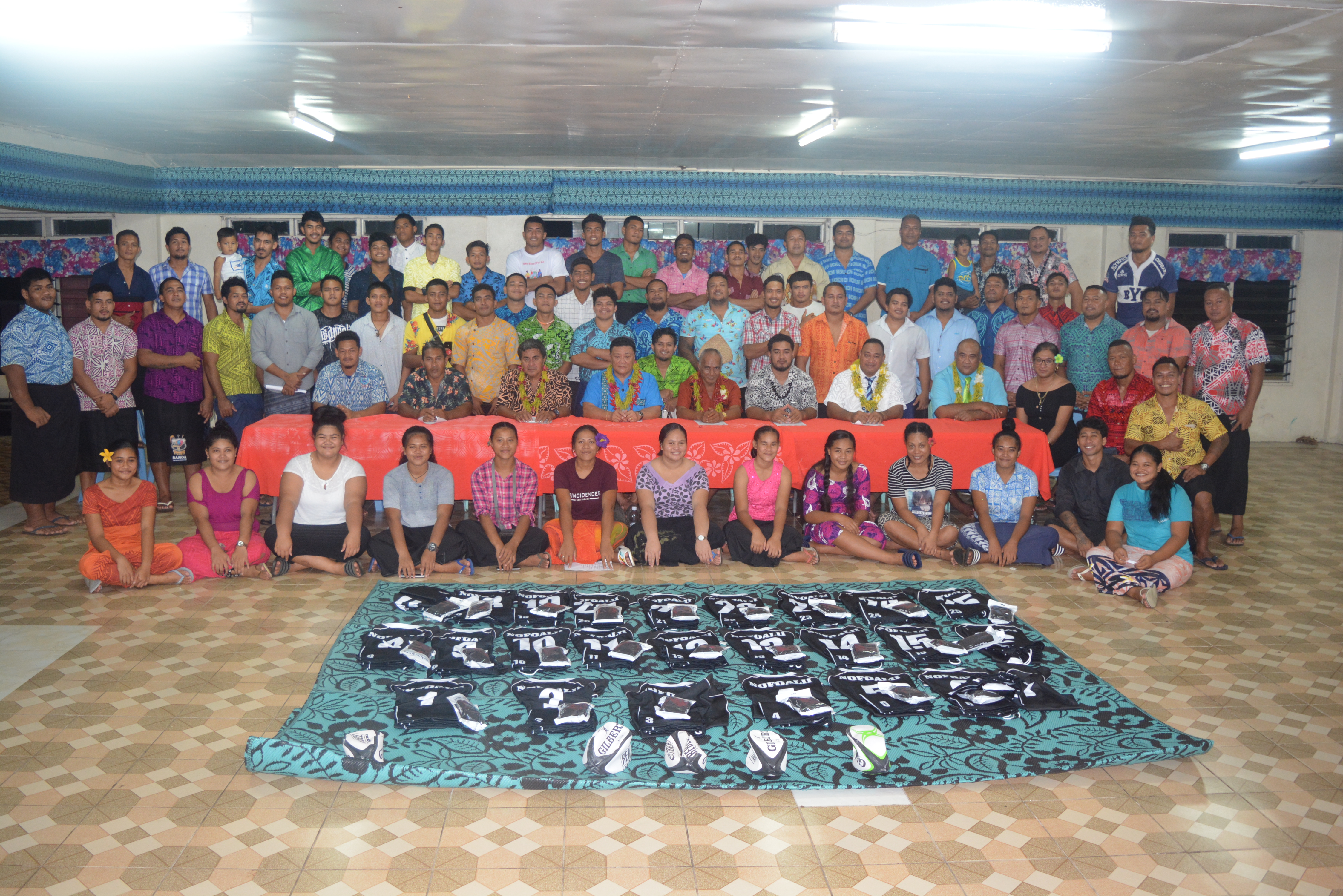 The official handover was conducted at the Congregational Christian Church of Samoa (E.F.K.S.) Hall on Friday night through a Skype meeting.

There was a huge turnout from the men and women’s teams, matai and Member of Parliament from Aana No.2, Tanuvasa Setefano Taáteo.

The estimated cost of the full set of uniforms including jerseys, shorts and socks with rugby balls ran to NZ$5,000.

The ceremony was conducted by Reverend Tupou of E.F.K.S. and Reverend Faleata of two Catholic churches from Nofoalii.

Laufiso Tomasi Peni, the President of the Club, said the generosity is nothing new as the donors as are the sons of the village who are residing overseas.

They are always donating through sports equipment, which this year is the new uniform for the team.

Bonding is always emphasised between the two teams, he said.

According to the club President:

“The players have a close bond as most of the players who now reside in Auckland have all started from the same Nofoalii Club here, and they know exactly the needed assistance like this for the development of Rugby.”

The vote of thanks was acknowledged by Auala Taupo Shepard during the virtual handover.