The food was served at the N.U.S Clean Hands Save Lives campaign launch. (Photo: Marc Membrere)

Young Samoans are in a better position as agents of change to push society towards embracing healthy diets and lifestyles.

That is the view of local filmmaker and Tiapapata Art Center founder, Galumalemana Steven Percival, who spoke on the impact of consuming unhealthy food during an interview with the Samoa Observer on the sidelines of a National University of Samoa [N.U.S.] event last Friday.

As part of the university’s “Clean Hands Saves Lives Campaign”, the Tiapapata Art Center in partnership with the United Nations Food and Agriculture Organisation [F.A.O.] used the opportunity to promote healthy foods. 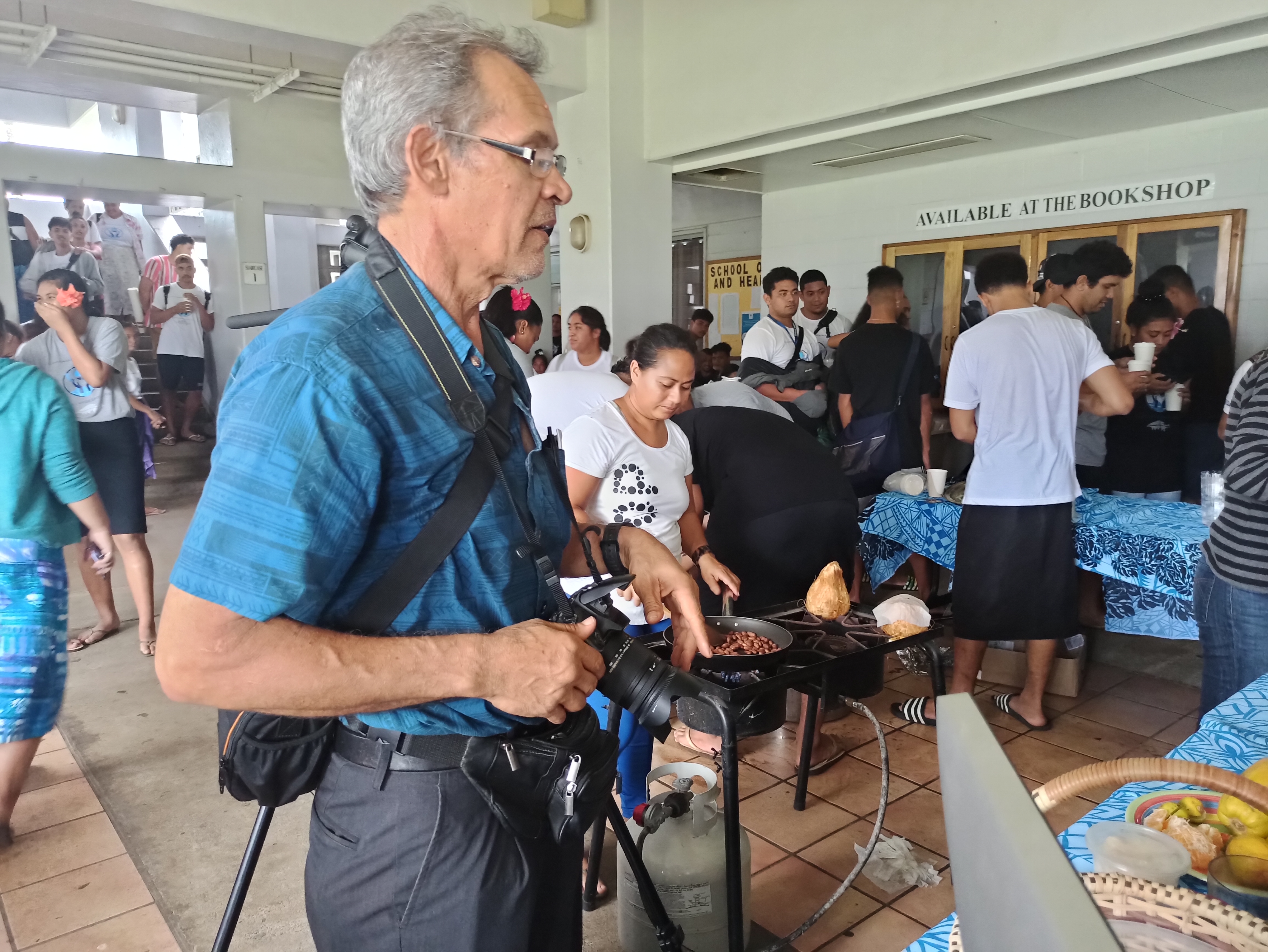 Galumalemana said with the support of the F.A.O. they accepted an invitation from the NUS Students Association to support them with the launching of the campaign.

"What they wanted us to do was to provide a very healthy nutritious lunch so half and what we are bringing we are going to give away to guests and to some students,” he said.

“The other half we will be using to kind of test whether or not our students are willing to part with money to buy healthy nutritious food and not junk food which is what they intend to be very familiar with so we have brought a different range of dishes including vegan meals.”

He said the healthy food promotion project is the work of the Tiapapata Art Center and their chef and his wife Wendy is aware of the nutrition in the food.

Local firm Ms Sunshine Farms has also joined the collaboration through its Koko Samoa product, with the company represented by the owner Floris Niu, according to Galumalemana. 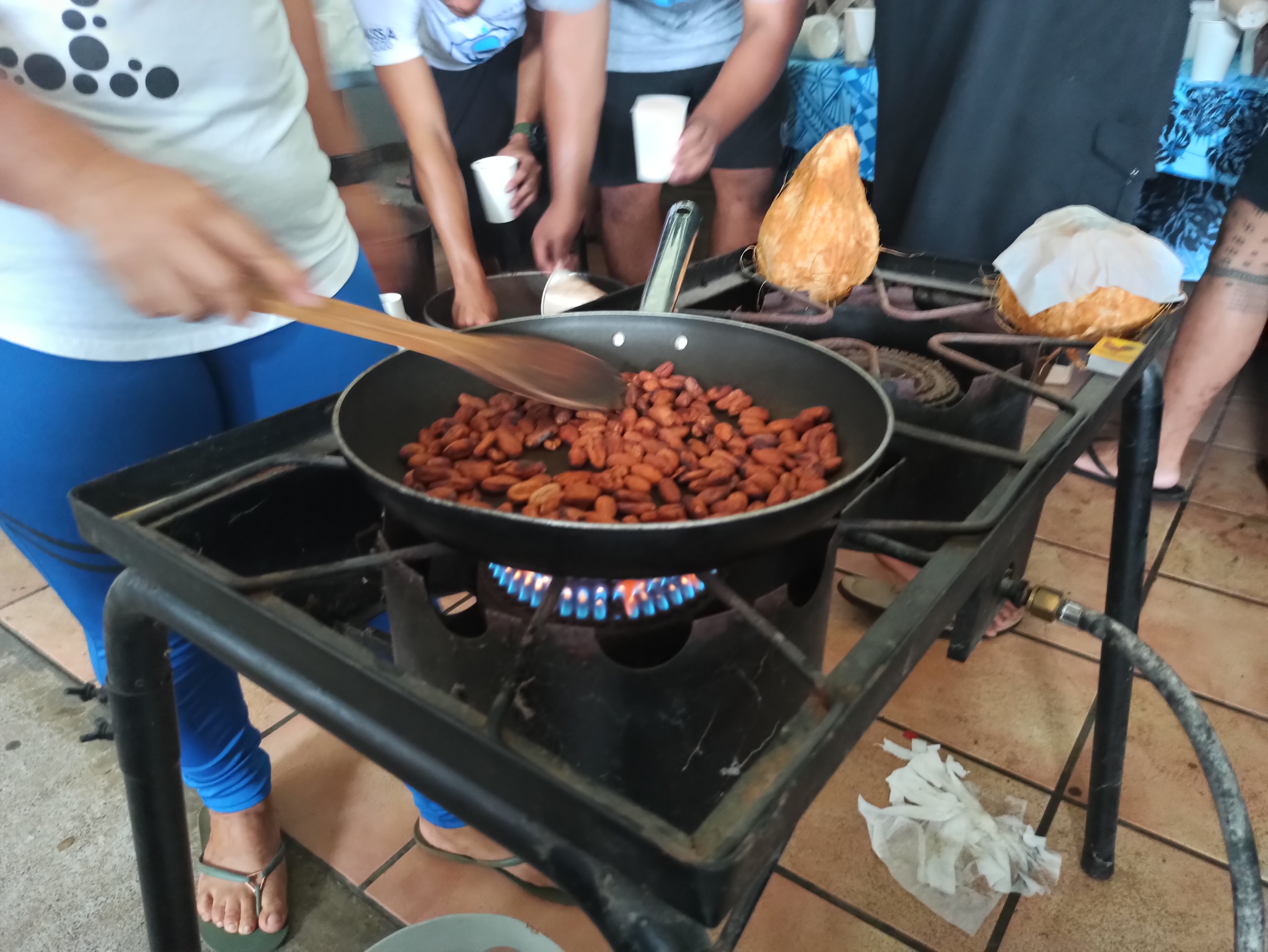 Galumalemana is optimistic about the success of the healthy food promotion project and he puts it down to one group of people – young people.

“I think Samoa and the young people of Samoa are ready for a sea change in their attitude towards foods,” he reiterated during the interview.

"It is a very difficult thing to change behavior when it comes to food choices, but the other difficulty to do is that children and youth rely on what their parents basically provide them.”

According to the local filmmaker, a lot of parents are also not highly educated enough to understand the health impact of consuming unhealthy food, and this includes the high consumption of salt [sodium].

“Their parents are not educated to the point where they understand the damage that they are causing with the kinds of foods that they are serving, then that's a big problem for the young people because they don't have enough power or influence to say where money should be spent.”

"Unfortunately the high in sodium rich in fat foods tend to be cheaper than the nutritious salads and legumes and other foods that are very healthy for you. So part of it is driven by money, it is a very price conscious society but I believe that young people as agents of change are in a good position to start swinging society towards a healthier not only in terms of food but in lifestyle and also with exercise."

To address some of the knowledge gaps in Samoa on the benefits of eating healthy meals, Galumalemana said they have produced a brochure titled “Why should we eat vegetables and fruit” for the public.

"One of the materials we developed is a brochure, ‘Why should we eat vegetables and fruit’ and this we produced up there in the Samoan Language. But it is also available in English if people want it in English, and it has some very informative information about the vitamins and minerals and their use in the human body," he added.

The Tiapapata Art Center is currently working with 10 vendors at the food market at the Savalalo flea market on a step-by-step process of introducing a health-focused component to the meals that they are selling.

“And we are doing down there is like a baby step in the process but it is a good baby step because what we are doing is trying to convince the vendors, the value of adding vegetables to their deep-fried or steamed pork chicken mutton buns, they call them in Samoan Keke Puaa," Galumalemana said. 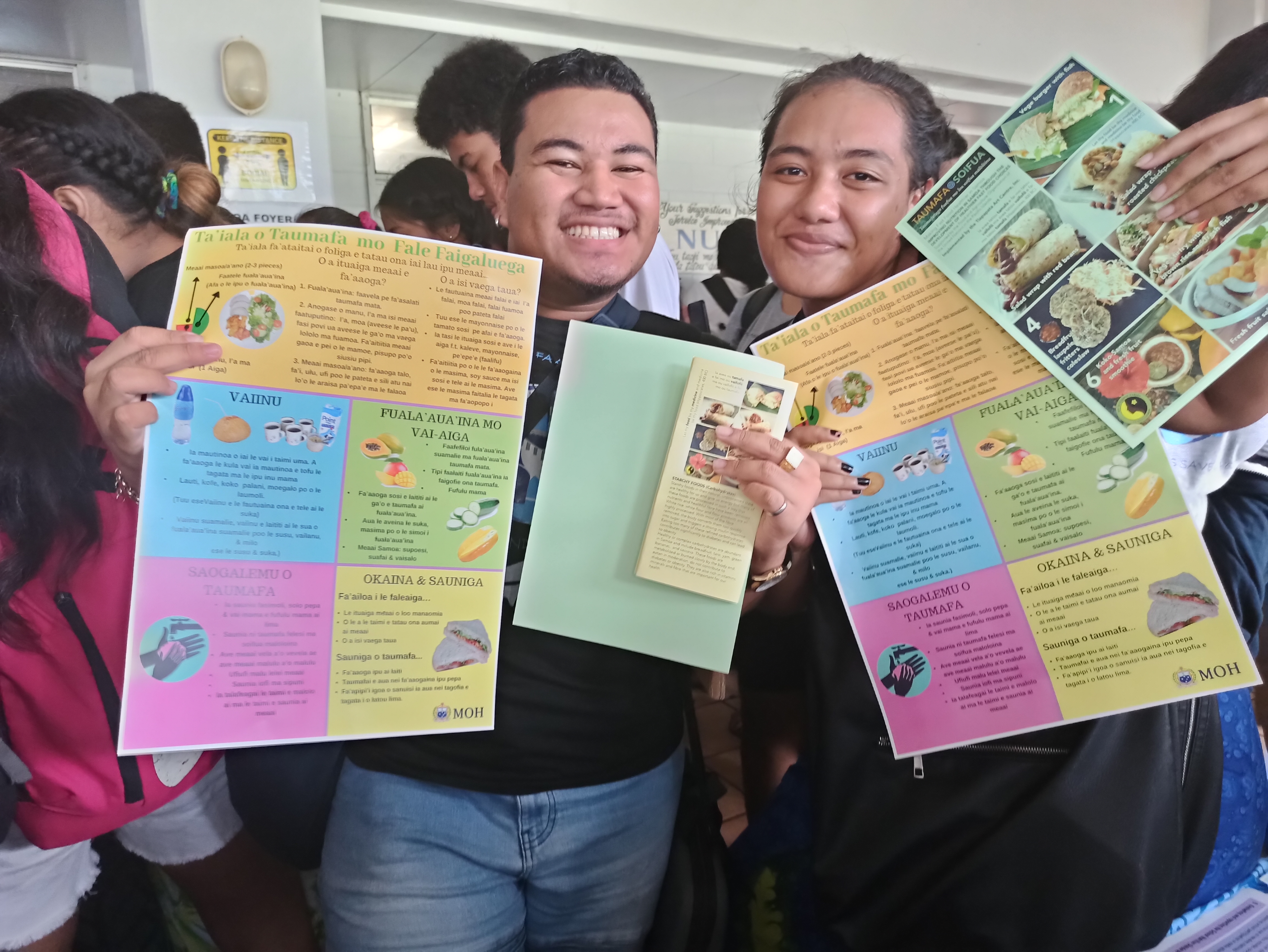 "So these keke pua'a they are very unhealthy, high in sodium, lots of soy sauce, no vegies and lots of meat. And it seems that consumers are very addicted to this kind of food so they will come and they will take five and eat five in one sitting. It is a cheap item to buy $1.50 each.

"But the exciting thing is I think our vendors, some of whom who have been working in this field for 30-plus years, their parents started off the business and now they are taking it up, these vendors are on board and they are excited and keen and happy to explore with us whether or not we can bring a mindset change to the consumers.”

Galumalemana thanked the F.A.O. and the N.U.S. administration for the invitation to assist in the student-led event.