A college principal’s family has made a public appeal for help for their father who needs urgent medical treatment overseas to remove a brain tumor.

Vaiola College Principal, Mika Lolo, developed a brain tumour in 2015 and underwent surgery in New Zealand to get it removed.

And as part of his follow-up care, he had to do a CT scan every year to check his condition.

His wife, Emily Rebecca Lolo, told the Samoa Observer in an interview on Friday that they were advised by medical staff after the surgery in New Zealand in 2015, that if there was no recurrence of the tumour within five years of his surgical operation, then he has been cleared.

However, a CT scan this year revealed that the tumour had returned, consequently Mrs. Lolo said that her husband needed urgent surgery to get it removed, and added the Samoa Government through the Cabinet gave approval for him to be treated in New Zealand.

"But that [discovery of the tumor] happened right at the same time that all the COVID-19 restrictions came in, all the travel restrictions and the travel ban came on,” she said.

“So there was nothing we could do. The Government has been really good at trying to get him, they’ve approved him, the Cabinet has approved him to be treated overseas in New Zealand but New Zealand is not letting anyone in right now, there are many cases.

“He’s not the only one, I have heard there are at least 10 others that have also been approved and are waiting and New Zealand won’t let anyone in.”

But the family’s plans to take their sick father to New Zealand has been hampered by travel and immigration restrictions imposed by the New Zealand government in recent months, to curtail the surge in COVID-19 cases.

Mrs. Lolo said that due to the restrictions, the family has decided that it is best their father gets medical attention in the United States as he is an American passport holder.

"For a while most of the flights they required a really long layover in Auckland before we could get a connecting flight to the States, but they just changed the schedule next week so that we are able to get on with a three hour layover,” she explained.

“Prior to that, we were denied because you can’t transit more than 24 hours without a special exemption and New Zealand was denying all the exemptions. Every time we tried it was denied. But with that change we were able to book, and finally just today, we got the tickets booked on the flight for next Friday to go to the States.”

In the US healthcare can only be accessed if the individual has health insurance, which Mrs Lolo said why they are making a public appeal for assistance, and even set up a GoFundMe page for public donations.

"If you don’t own a health insurance plan, you have to pay it all in cash, and that is why we – on the advise of some friends and some other people who have been helping us – they said why don’t you set up a GoFundMe page and I did and we have had a really positive response." 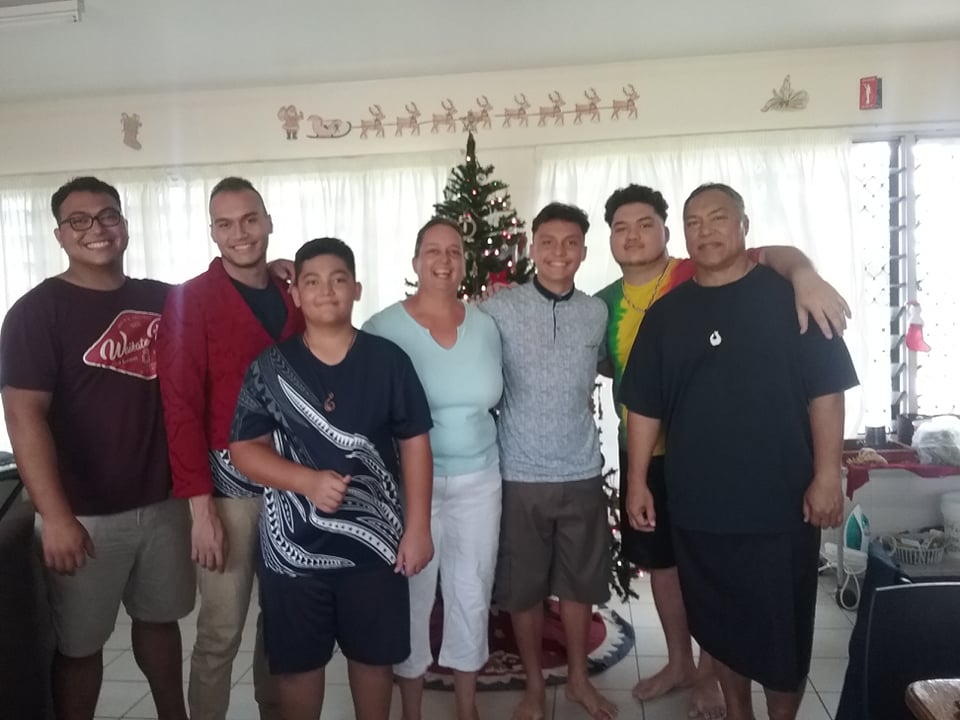 When asked what the total cost of the life-saving operation will be, she said she was not sure as her husband’s first surgery in New Zealand was paid for by the Government.

"I just kind of put down a number of US$35,000 because I know how expensive medical treatment is there in the States and I checked last night and we are up to nine thousand so far which is very flattering,” she added and further indicated that the operation could save her husband’s life if done soon.

“I am amazed. We have felt the love of all of our friends and family, so many people and it has touched our hearts. We just hope that we can get there in time to get the surgery he needs, because we have been told that if he gets the surgery, he’s got a very good prognosis for a full recovery and that is what we are hoping for."

Acknowledging the importance of Mr. Lolo undergoing the operation soon, his wife said it was hard for her, seeing him in his condition the last six weeks.

"I know that time is short, we just got to get him to America as soon as we can. We would prefer New Zealand but we understand that New Zealand has got to protect their own citizens. It is a lot simpler and closer to go to New Zealand but we decided that the U.S is our best option and that is what we are trying to do next week.”

Mrs. Lolo said she and the family appreciates any help anyone can give, especially at this time when there is now an opening to get out of the country, to travel to America for her husband’s life-saving surgery.

“We know that no matter what happens, we know that the Lord is taking care of us so if anyone wants to contribute it would be very much appreciated.We are just overwhelmed already by the kindness of so many people."

There are other organisations and individuals, who were also working behind-the-scenes to assist the family in their strive to get their father to seek medical assistance abroad. They include the Jesus Christ Church of Latter-day Saints [L.D.S.] and the Minister of Health, Faimalotoa Kika Stowers.

Mrs Lolo said they had the support of the L.D.S. with one of its church members – who is part of the Area Medical Team in New Zealand – suggesting the setting up of the GoFundMe page as they knew how the healthcare system worked in the U.S.

She also acknowledged the work of the surgical team at the Tupua Tamasese Meaole National Hospital and the support of Minister Faimalotoa.

"We appreciate all the help that our Government leaders and the Cabinet ministers have done for us and we know that there are many other families who don’t have this option to go to the U.S. We feel really blessed that this door is open for us and we know that the other families that are struggling at this time and don’t have options to leave Samoa, they are in our prayers too," she reiterated.

"We have felt the prayers of so many other people for us and it has been very humbling and just very grateful for everything everyone has done to help, especially the health System here in Samoa, they’ve done the very best in a very difficult situation and are trying very hard to support their citizens here in Samoa and get them the care they need and it is just unfortunate that COVID-19 has put travel restrictions on that make that really hard."