Line out: Falefa reaching out for the ball (Photo: Aufai Areta Areta)

Both teams went to the half time break in a deadlock, 3-3.

Twenty minutes into the second half and Mikaele Manu’a of Falefa secured a try, and Joseph Kasiano added another two with his conversion, 10-3. 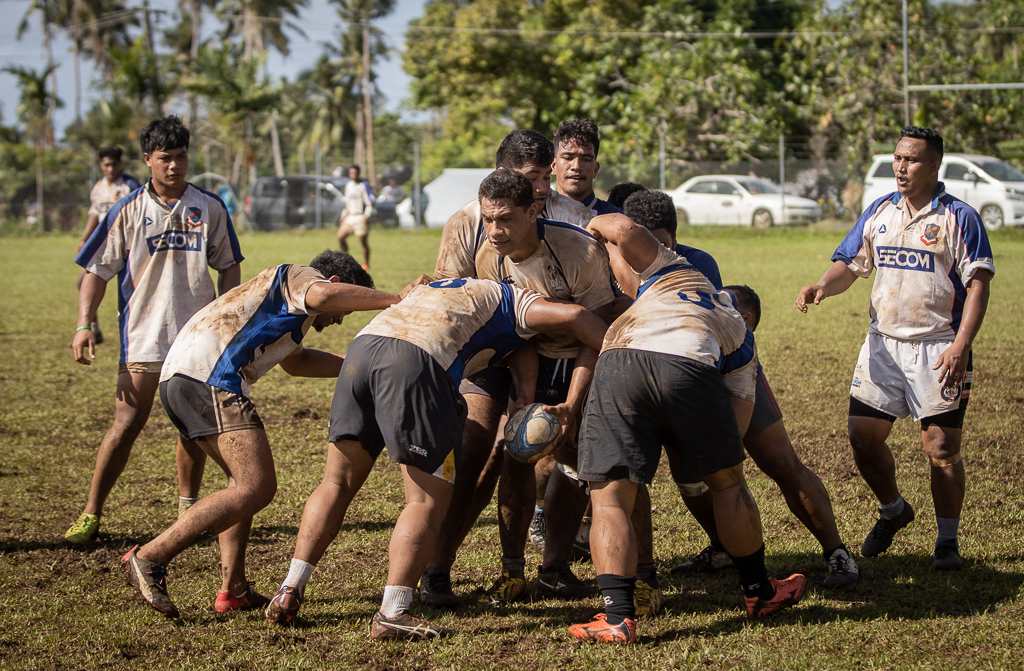 Lalomauga responded with a penalty conversion to close the gap, 10-6.

The game could have gone either way but Lalomauga had more gas left in the tank and they scored a last minute try to clinch the victory, 10-11.

Lalomauga Coach, Suaava Feauai, said it was a close game but they will the win for what it is worth. He said they made many mistakes which is an area they are looking to work on for next week. 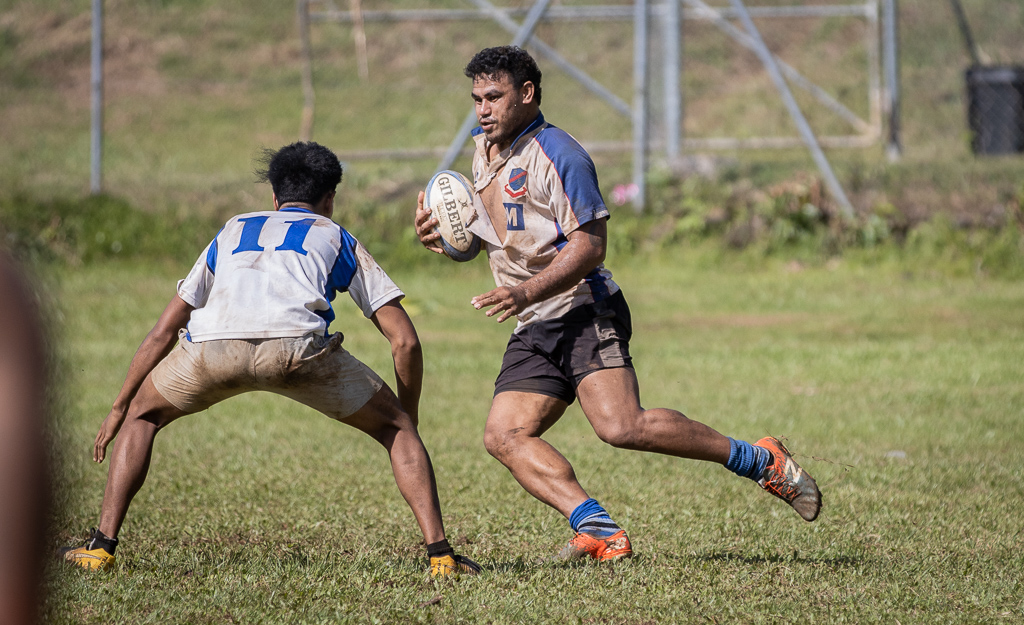 Fitness, he said, will be top of their priorities.

“The lack of resources for our players is something that we need to look into, our fitness was not there I notice some of my players were unfit and walking around inside the field. But for today’s game, I am very happy,” he added.

The Lalomauga Senior A team is made up of the Lalomauga youth, and the coach is hoping that some of his players will one day make the national teams.

"At the moment none of our players have made it to any elite teams, so my focus is to prepare them and hoping that one day our Samoa Rugby Union will perhaps notice the players here in these other unions."

The Tumua Maroons defeated the Puleono Blues on Wednesday in a tight contest that saw both teams tied at halftime before the Blues succumbed in the second half.