First they opened their new classrooms and now they have brand new desks and chairs.

That's the reason students educated at Leifiifi College celebrated yesterday, thanks to a donation from New Zealand’s High Commission.

But with new classrooms comes the need for new desks and chairs.

This is where former Leifiifi College leaders in 1989, Mele Feterika Mamea and Rula Su’a Va’ai, stepped in to help facilitate the furnishing project. 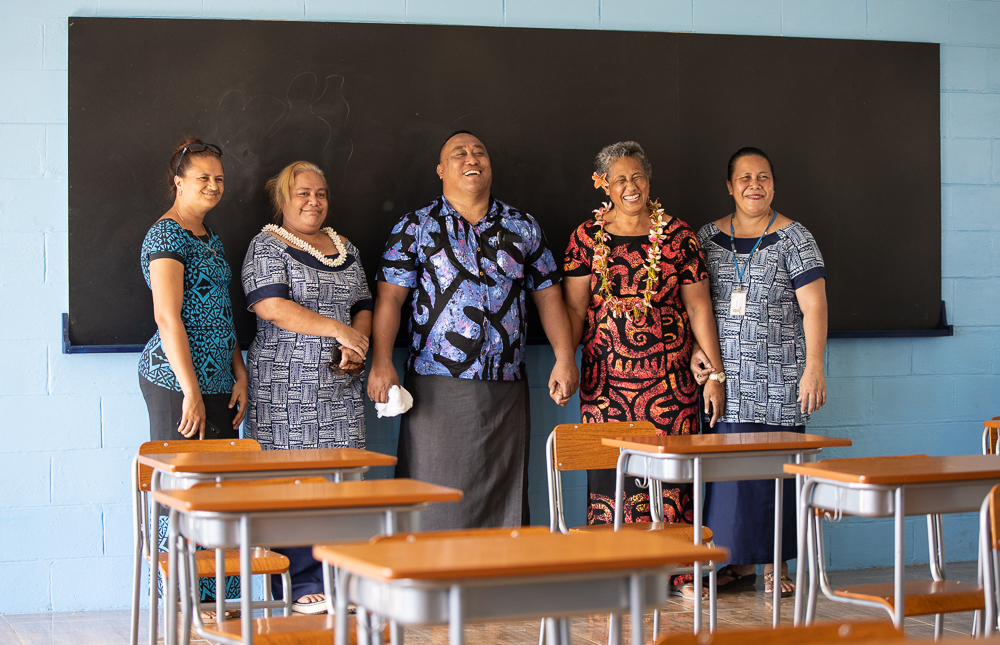 “We express our sincere thanks to New Zealand’s High Com for this thoughtful grant and donation which will enable some of our students to improve their learning capacities,” she said.

“Obviously, we didn’t know where else to get the funding to furnish the new facilities for the students but thankfully, our prayers have been answered. This donation was granted by the New Zealand High Com as per quest by this school through P.T.A. (parents teachers association).”

The school's next project in terms of infrastructure is the hall. They are also looking to start a vegetable garden to promote healthy among the school's student population and teachers.

According to Sifuiva, the Ministry of Natural Resources and Environment (M.N.R.E) has been approached for their proposals for equipment to improve these projects.