The village of Falealupo, Savaii is offering local tourists a slice of its mythical and historical treasures such as the supposed chamber and retreat for Samoa’s first warrior Queen and demi-god, Nafanua.

Many tourists and locals travel to Savai’i just to tour in Falealupo’s famous canopy walk.

But just a short distance from it and fittingly tucked away on hallowed ground behind a Falealupo Catholic church, sits the “Aga Lega 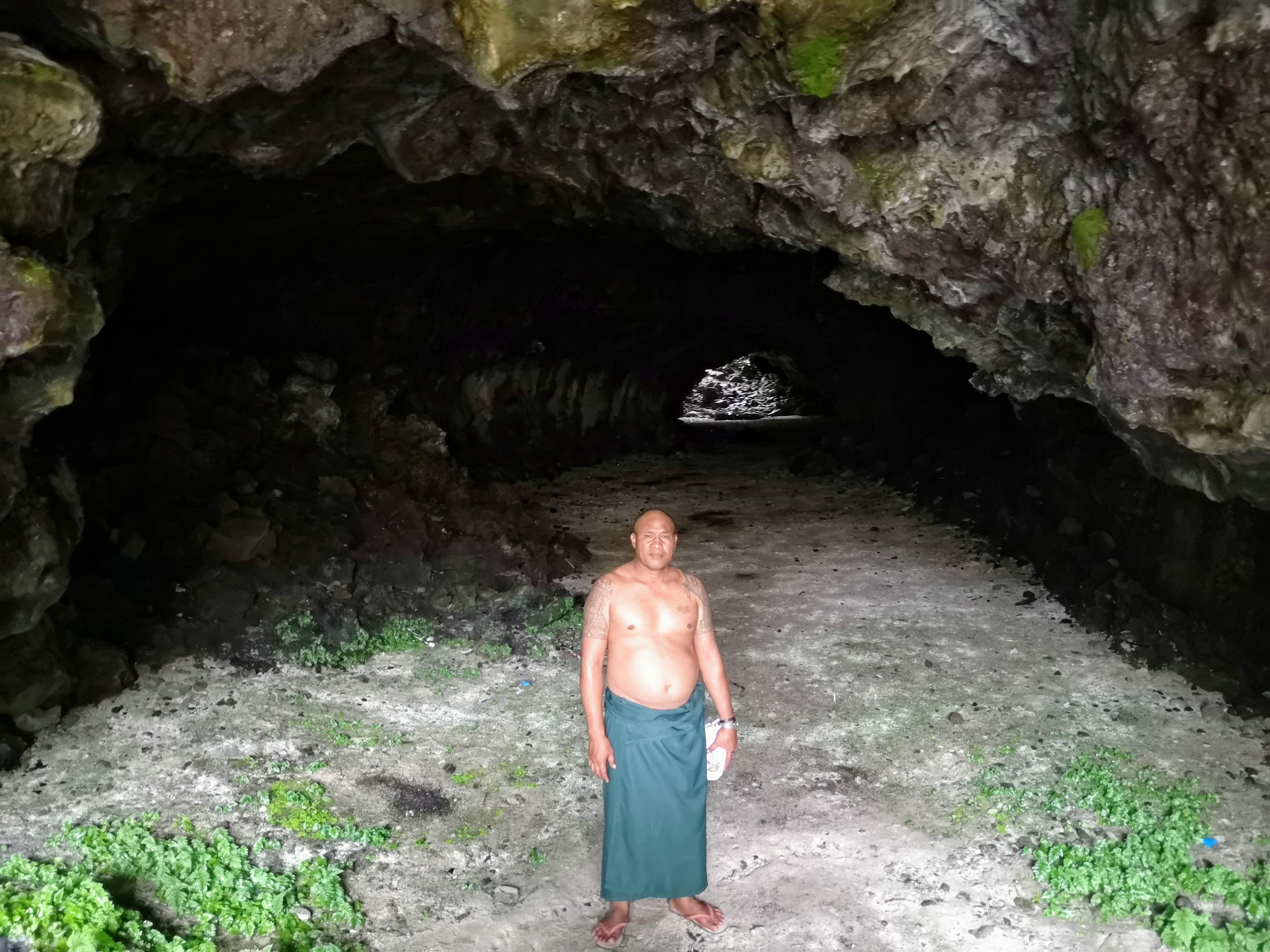 It is a large underground cave that, according to locals, once served as a healing chamber and retreat for Queen Nafanua as well as a focus for high chiefs who sought her wise counsel and blessings.

One of the local chiefs, Tupa’i Tolo, and caretakers of Nafanua’s retreat - carrying the same title as Nafanua’s high priest and war general in ancient times. His ancestor has been tasked by the Queen to deliver her decrees, lead her armies and acquired for her the Tafa’ifa royal titles.

“The history of this place has been passed down to me by my father and his father before him – we are the descendants of the priestly families of Nafanua and the custodians of the Aga Lega,” said Tupai.

He added that despite its mythical, historical and cultural value to Samoa with all the potential of being the next iconic site, the Aga Lega rarely receives any visitors unless the location is revealed through word of mouth.

The Savaii Samoa Tourism Association is seeking to attract local tourists to the big island as the international market has ground to a halt.

It recently asked the Samoa Tourism Association to send journalists and media to Savaii to promote the island as a destination to locals and neighbours on Upolu.

“It would really help us to have signage like all the other historical sites in Falealupo,” he said.

“It would make things easier for everyone if the Aga Lega was included in the loop trail but unfortunately people just pass by this site, not even realising - this is the maota (house) of Nafanua.

“The name originates from the healing plant also known as turmeric that grew in this cave.”

Tupai also mentioned that the old stories have told them that it was brought there by the flying foxes and kept in this sacred cave for a very important purpose.

“Most Samoans are familiar with the historical battles of Nafanua, who fought many wars from the east to the west but not many people know that this is the place where the warrior came to recover and recuperate,” he said.

The Aga Lega gives the visitor the unique experience of re-imagining Nafanua as a mere mortal, retracing the steps of a wounded yet victorious Warrior Queen into the dark, cool sanctuary to recuperate and find the strength to fight another battle.

There are stairs that lead down to the cave that opens up into a natural cathedral-like space that would have been in total darkness if not for the open ceiling at the other end of the cave.

Tupai also pointed out a large round shape passage that leads off the main central space is the location for Nafanua’s personal chambers.

Local folklore has it that the Aga Lega was regarded as the seat of power during Nafanua’s reign, a place where High Chiefs sought out her counsel and wisdom. More importantly, it was where the warrior Queen distributed the political and cultural powers of Samoa that still exist today.

“When Malietoa and Su’a sought out the powers of sovereignty over Samoa, it was here they came to seek Nafanua’s blessing,” he said.

“However it was not their time because she had given the honour to Salamasina of Leulemoega.

“And instead she gave them an oracle, to await their sovereignty which will come from the heavens which today we know as the independent state of Samoa founded on God.”

As with all Samoan legends the story contains a moral and Tupa’i comes full circle in the tale of Falealupo’s divine daughter and the role of their district in the making of modern Samoa:

“Falealupo is the only village that has a tradition of advocacy and support weaved into their fa’alupega (geneology) why? Because all the glory and blessings of Nafanua was gifted from Falealupo to lift up Samoa and because of that… today, the role of Falealupo is to support and defend Samoa.”

The Human Rights Protection Party (H.R.P.P.) has brought in over $1.6 million during the course of a 12-hour radiothon fundraiser held on Saturday.

A driver falling asleep at the wheel is believed to have caused an accident involving a silver Noah Van running over SouthPac Rentals’ iron fence opposite the traffic lights at Vaimoso, and colliding with another vehicle at 12:45pm this afternoon (Saturday) during the peak of traffic.

The All Saints Anglican Church in Samoa hosted its annual bazaar on Saturday with members of the public descending on the event in numbers to support the fundraising while enjoying the various fun and games on offer.