They are all contesting under the Human Rights Protection Party (H.R.P.P.) for Vaimauga No. 2.

The 69-year-old signed up with the party of Government on Wednesday with the backing of his village chiefs.

He said the decision to run for the 2021 General Election was not a long term plan of his but rather a calling from the Lord.

Tofaeono added that being a candidate in the elections is something his family had always wanted.

"All things are done just as the Samoan proverb says "e fili i le tai se agava'a', meaning unless I get on the scale, I will never know," said the father-of-two,” he said.

"That's why our family and village have decided to nominate me for the elections next year. And I believe that I have some knowledge and qualifications that may be of use to our country and especially our constituency.”

Tofaeono said education was his number one policy area he would seek to improve should he win the election.

"Right now, in Moata'a, we are trying to construct a new school building and I am the chairman of our school committee," he said.

His nomination of education as a priority is perhaps no surprise as he is the husband of Afamasaga Dr. Karoline Fuata'i, the Chief Executive Officer of the Ministry of Education.

The school building project had started and current MP Lenata'i is a big help, he said. This does not bother him one bit.

He said the contest between his fellow H.R.P.P. members will not affect the way they treat each other.

"We continue to work together, we are brothers. We are all from the E.F.K.S. (Congregational Christian Church of Samoa)," assured Tofaeono.

"I believe that the political sport is played diligently. If the people vote for you, thank them, if not, thank the Lord; whether or not you win a seat, appreciation is what matters."

Lenata'i is a pastor's assistant at the Moataa C.C.C.S. church and sits on the Council of Moata'a. 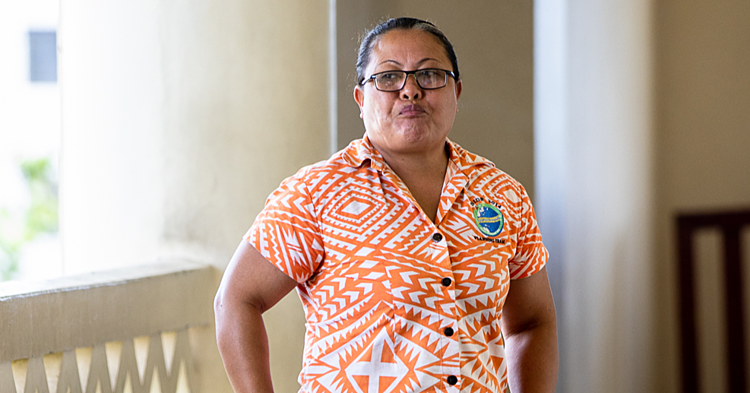 A former Government employee accused of stealing $15,000 claims she dropped the funds on her way to the bank to deposit it.