If you thought June was unseasonably rainy, you would be right. (Photo: Vaitogi Asuisui Matafeo)

It came after four weeks of near constant rain and severe weather with the country facing a 50 per cent chance of being under La Niña.

The Ministry of Natural Resources and Environment’s Principal Scientific Officer in Climate Services, Fa'apiso Aiono, explained that throughout the year, the convergence zone lies somewhere between Samoa and Fiji, and during the dry season it should stay further north of Samoa.

“However, in June this year it displaced south of its normal position providing so much rainfall for the island,” Ms. Aiono explained.

She said one reason for the heavier convergence zone is a marked increase in sea surface temperatures, which sends more water into the atmosphere only to come down again as more intense rain events.

The Australian Bureau of Meteorology reports June had sea surface temperatures between 0.8 and 1.2 degrees warmer than average around Samoa. 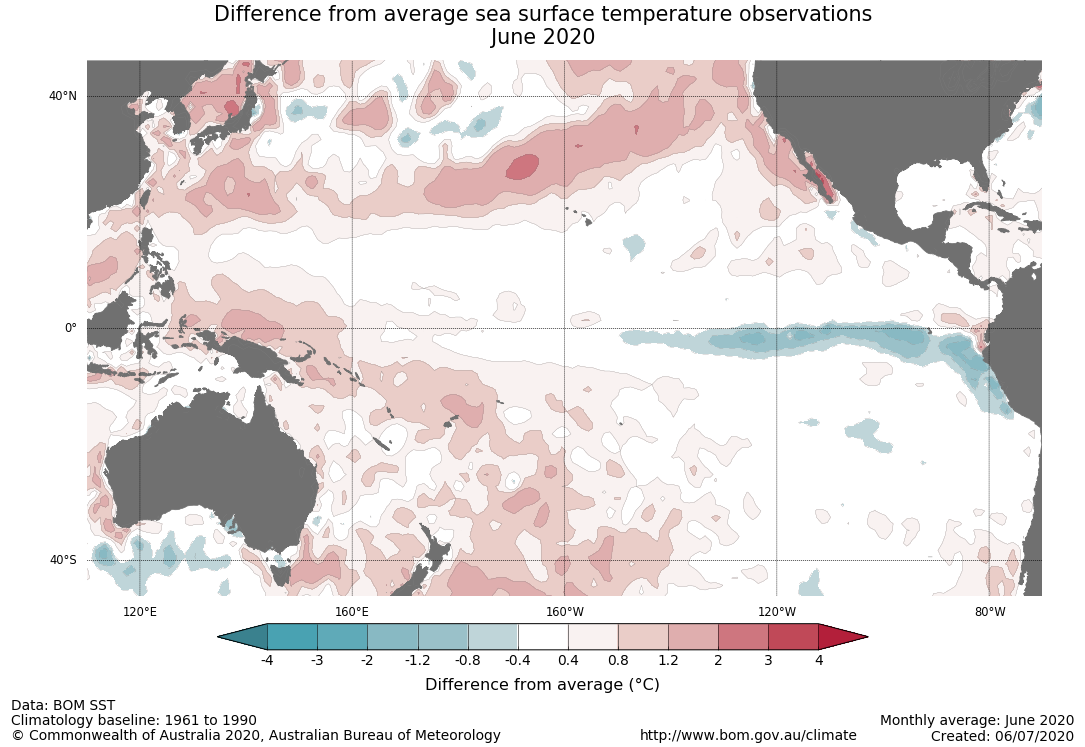 Sea surface temperature alone does not impact the total rainfall however, as the Pacific will be drier or wetter depending on the El Niño or La Niña phases.

Ms. Aiono said that based on climate models shared with the Meteorology Division, Samoa is looking at a 50 per cent chance of entering the La Niña phase in three months’ time.

“[It] causes more rainfall than usual, results in flooding and causes landslide in vulnerable areas, higher than normal sea level and increases potential of water born disease due to flooding,” she said.

In 2019, June nearly doubled its rainfall level against the previous year, while July more than doubled the last 30 years of average rainfall.

Without a close look at the data, Ms. Aiono said 2019 marked the beginning of a dramatically rainier period than previously experienced. 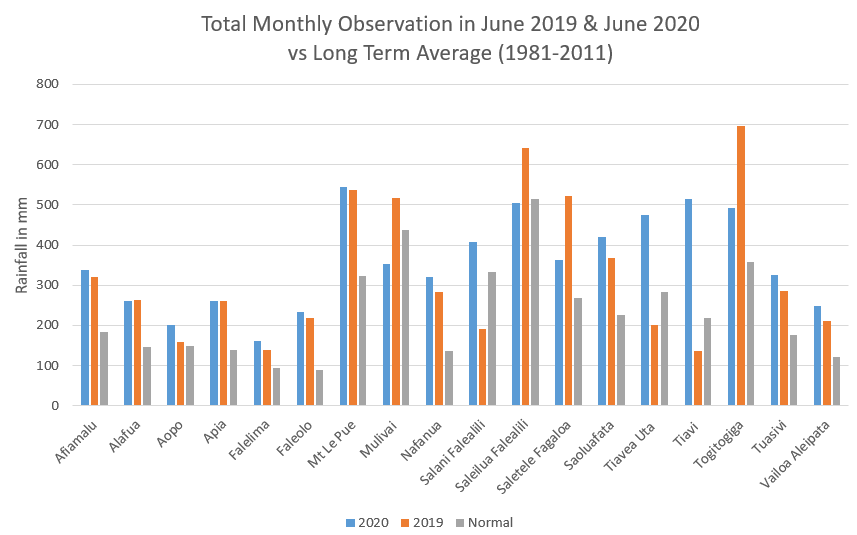 And while it is too soon to confidently identify any trends, the scientist said if the dry seasons continue to be so wet there will be significant impacts on Samoa.

“It would be a challenge for development,” she said.

To manage this, the Meteorology Division is preparing bulletins with the weather outlook to help them making planting and harvesting decisions.

These heavy and unseasonal rains are effects of climate change.

“A consequence of increased heating from the human-induced enhanced greenhouse effect is increased evaporation,” the Intergovernmental Panel on Climate Change (I.P.C.C.) reports.

“Basic theory, climate model simulations and empirical evidence all confirm that warmer climates, owing to increased water vapour, lead to more intense precipitation events even when the total annual precipitation is reduced slightly, and with prospects for even stronger events when the overall precipitation amounts increase.

“The warmer climate therefore increases risks of both drought − where it is not raining − and floods − where it is − but at different times and/or places.”