Tagaloa thanks the schools that have supported the programme and stated that tennis goes hand in hand with education. (Photo: Christopher Wasson)

That is the view of the Australian Open Pacific Pathway [AOPP] Coordinator, Tagaloa Yvonne Wilson-Carruthers, when she talked about the benefits of undertaking tennis development pathways in Samoa in an interview with the Samoa Observer.

She said the A.O.P.P., which is being run in partnership with the International Tennis Federation [I.T.F.], is basically a tennis introductory programme targeting schools in Samoa and focuses on Years 3-6 students.

"It is to introduce the game in different schools," Tagaloa said. "It is the same format they have done in Australia in the school tennis programme so in this programme, Australia sponsors the portable nets as well as the racquets, same with the International Tennis Federation.” 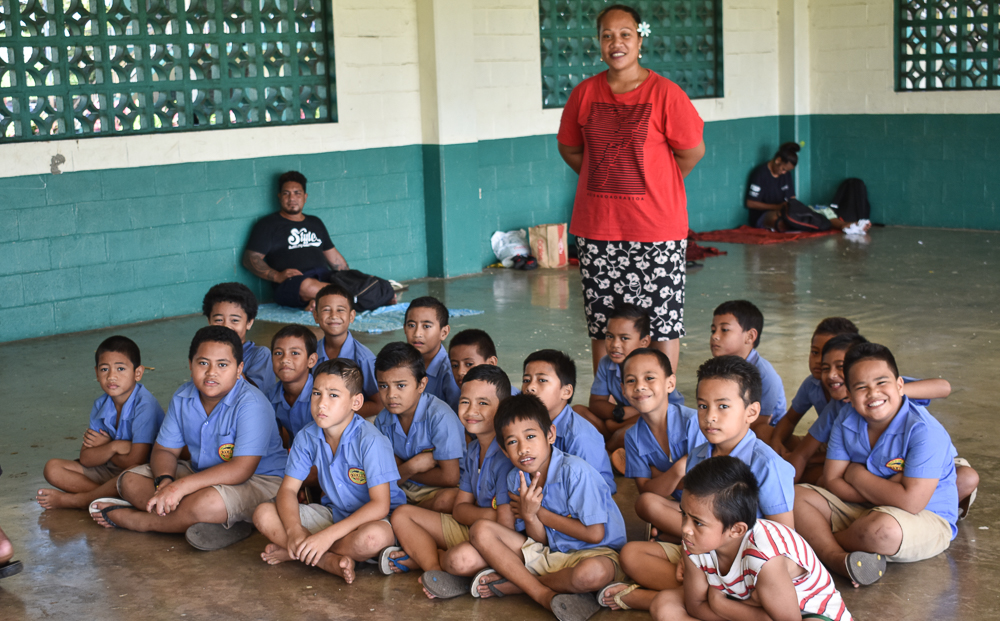 Currently, the A.O.P.P. mostly involves private schools in Samoa with the programme’s team introducing tennis to the school and the participating school then hosting an in-school competition.

"From the in-school competition they select their own best players, maybe 10 from each class that will represent their school at different levels. So these schools will come together and we have a big inter-school competition that is sponsored by B.S.L. as well as A.O.P.P., I.T.F. and Tennis Samoa," she added.

They then host the inter-school competitions and explain how each level uses different types of colored tennis balls during the competition such as red, orange and green dot balls.

Tagaloa said they select the best players from the different schools who will be included in the Tennis Samoa programme.

"We have an ongoing Saturday competition, where all these players, whether they make the team or not they are all welcome to join."

Tagaloa added that if a participant's interest in tennis starts to grow then they will have national competitions where they can all participate.

"When they do well then they are selected into the squad. Then from the squad, we have our national players because we have a regional competition so we have an East Pacific Regional Competition, we do that every year," she reiterated.

She emphasised that after participating in similar competitions in the north and west Pacific regions, the best are selected to play in a tournament held in Fiji with the top players selected for the I.T.F to sponsor to do tours and to progress to another level.

"If the players do really good, they are awarded scholarships in Fiji so in Fiji we have four recipients from last year," she added. 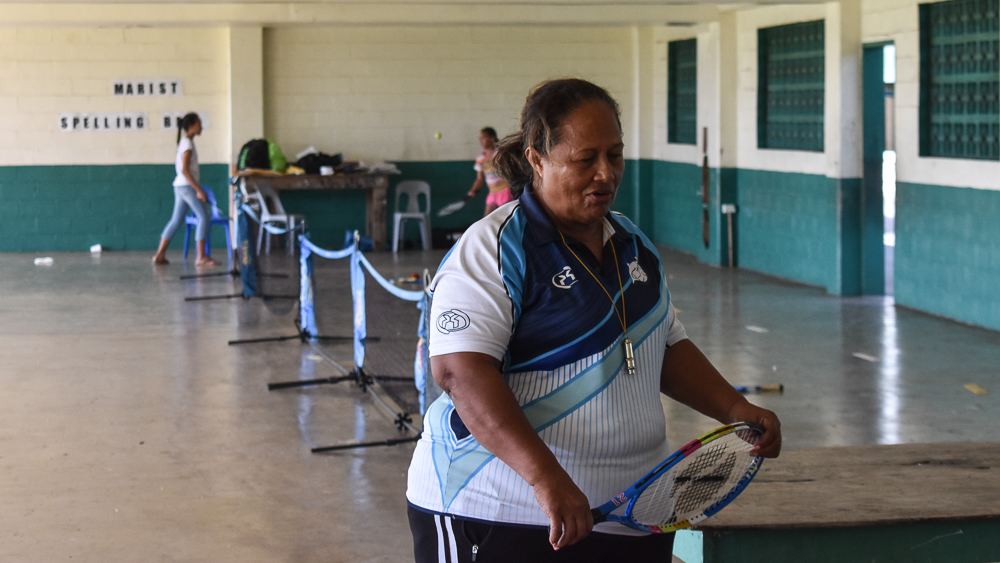 Those who are part of the tennis tour will also take online classes with Tagaloa stressing that from there they can make it to the professional level or they can go to the U.S for college tennis and study for a degree.

"A lot of opportunities. We have a pathway for all the tennis players, up to the professional level," she said.

When asked about the development of tennis in Samoa, she said: "Through the school programme, we have a balance in all age groups because tennis has different age groups.

"So all those age groups for boys and girls are pretty much balanced that we have enough players.

“According to our statistics or records from the I.T.F we are one of the top development programmes we have in the Pacific."

Beaming with confidence, Tagaloa said they are looking at a gold medal in tennis at the Olympics and the Commonwealth Games.

"I think tennis is, I would say, the only sport in Samoa that gets scholarships and continues going on to a professional level," she added. "We have been doing it for more than 20 years."

Tagaloa thanked the schools that have supported the programme and added that tennis goes hand in hand with education.