Plan to save the Manumea

The Manumea is Samoa’s national bird and listed as critically endangered by the International Union for Conservation of Nature (I.U.C.N). As few as 150 may be left but a new decade-long plan hopes to change that.

The Manumea population has significantly dropped in previous years due to various reasons which include the loss of habitat, hunting, and “possibly due to the impact of introduced invasive predators” and sightings of the bird are rare due to its cryptic and elusive behaviour.

A 10-year plan to save Samoa’s national bird was launched last month called "Recovery Plan 2020-2029” which is the outcome of the "Recovery Plan 2006-2016” which concluded, “that there might not be another decade to save the Manumea.”

The goal of the Recovery Plan is to ensure that the Manumea is no longer in danger of extinction. The plan aims for the majority of Samoans to recognize and value the Manumea as a key part of their natural heritage and to play their part in its conservation.

It consists of 8 objectives and 26 activities. The first objective is to create the relevant governance and funding conditions that will enable the implementation of the Recovery Plan.

"The second objective is about communities preserving and restoring those forests where Manumea has been seen during the past 10 years (Manumea Key Rainforest Areas-MKRA), found both in Upolu and Savaii,” the Recovery Plan 2020-2029 states.

“The third and fourth objectives focus on the control and mitigation of the other two key threats to Manumea survival: hunting and invasive predators.

“Objective 5 promotes the increase of knowledge about the ecology and behavior of Manumea while implementing conservation efforts. This includes as a priority learning how to separate its advertising call from that of the Pacific Imperial Pigeon or Lupe (Ducula pacifica).

“The sixth objective is about initiating a programme of captive breeding, providing conditions are suitable and if regarded as feasible, realistic and appropriate.

“The seventh and eighth objectives focus on raising awareness and promoting behaviour change in support of the ongoing Manumea Conservation Campaign (2019-2020) and training national staff in Manumea conservation.”

The recovery plan will give the Manumea a chance to fight for its future if it is implemented effectively. 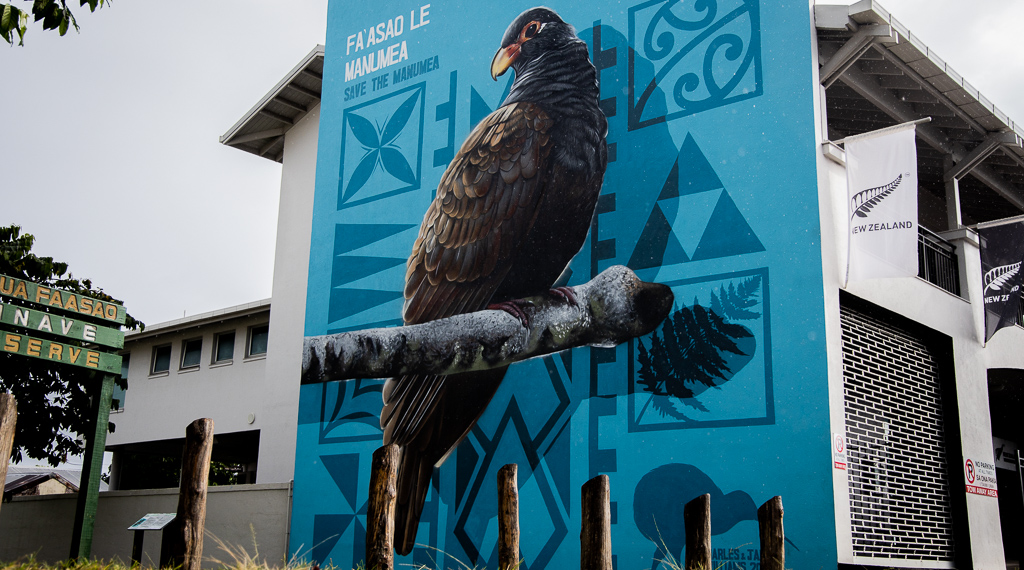 According to the Recovery Plan, “prompt action is needed, starting from proper institutional arrangements and the mobilization of sufficient funds.”

The Vice-president of the Samoa Conservation Society (S.C.S) James Atherton told the Samoa Observer that one of the early objectives of the plan in the immediate future is to try and capture a few Manumea and breed them in captivity.

"We raised that up in the priority list because one of the theories is that if people don't see it, it is hard to relate to it," Mr. Atherton said in a phone interview with Samoa Observer.

He explained that the facility will not only host the Manumea bird but will also host other rare Samoan species like the Ma'oma'o.

He further explained that the idea is if they get the funding, is to set up the center which will be a place for the people to go and view the birds and see for themselves and "hopefully connect with it."

"That is one of the priorities," he said.

Mr. Atherton stated that they want people to relate, appreciate, love, respect it, and also encourage people to save the bird.

The last time he had seen the Manumea was in the 1990s and described it as a "beautiful bird" and described the experience exciting.

Mr. Atherton explained that the Manumea is really rare and it is a treat to see it once because most people don't even see it once. He explained everything needs to be done to save the bird.

"This is the last chance basically in the next 10-15 years to save the bird," he added.

Mr. Atherton thanked the Auckland Zoo for funding the recovery plan and the rat management project at Maloloelelei. He also gives thanks to Global Environment Facility (G.E.F), United Nations Development Programme (U.N.D.P), Strengthening Multi Sectoral Management of Critical Landscapes (S.M.S.M.C.L) and the Ministry of Natural Resources and Environment (M.N.R.E) and members of S.C.S.

The recovery plan is available on the newly launched "I'm saving the Manumea" website.