A locally produced television show, ‘The Pacific Island Food Revolution’, may lose its Australian-Government funding, just before the launch of its second season.

Focusing on local chefs and local cuisine, the show was meant to be a radical solution to what producers called a Pacific lifestyle crisis, or the displacement of traditional diets with highly processed imported food.

But major funders of the project, principally InnovationXchange at Australia's Department of Foreign Affairs and Trade, with support from the New Zealand Government, appear set not to renew the show’s funding possibly due to budget cuts caused by the coronavirus pandemic.

Speaking to the Australian Broadcasting Corporation, founder and host of the show, Robert Oliver, said he still thinks new funding can be found, even if Governments aren’t behind the idea that television can help solve the region’s non-communicable disease crisis.

“We are all clear that it’s successful and we need to keep it going, but change doesn’t happen in one or two years it happens over a seven to eight-year period,” he said.

“We are not just a television show but we are a campaign, similar to an anti-smoking campaign or a seatbelt campaign and they take a lot of time and investment.”

The programme initially was allocated funding worth AUD$7 million (T$13 million) and was planned to run for three years.

Mr. Oliver said the programme was never guaranteed a second round of funding but after a strong partnership with D.F.A.T. he said he hopes Australia will find the funds to renew the programme.

“‘The Pacific Island Food Revolution’ is a demonstration of Australia’s genuine commitment to the wellbeing of the Pacific,” he said.

“And the bottom line is if the health issues in the Pacific are not resolved they do end up on the front doorstep of New Zealand and Australia to be resolved anyway.” 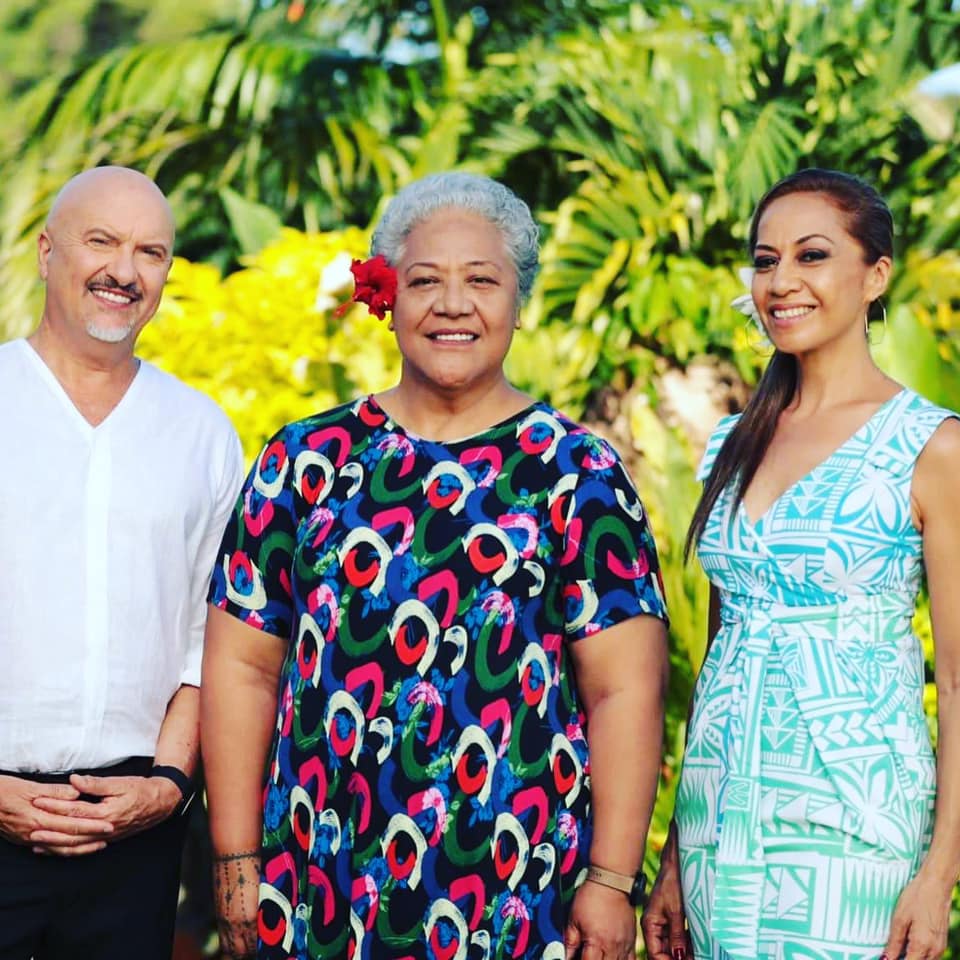 The show is styled on popular cooking competition reality television shows. Celebrities and chefs team up to cook quickly to win points from the judges; teams are from Samoa, Tonga, Vanuatu and Fiji.

In Samoa, three teams of two were part of the competition: childhood friends and household cook duos Jeremiah and Antonio, and Tina and Amazing, and bona fide chef and tour guide John Tuu.

Joining Mr. Oliver as host was Dora Rossi, who runs Milani Caffé and Paddles Restaurant with her family.

Mr. Oliver said he suspects the reason funding is not forthcoming is because the concept is relatively new and the team itself has struggled to articulate its value.

“Remember, behaviour change projects are typically funded [over a longer term and] don’t usually come in an entertainment package,” he said.

“I think that’s a bit on us, in that we’ve had a bit of trouble articulating what and who we are, and we’re getting better at that.

“There was also, as we understand it, more of a desire for the Australian donor spend in the Pacific to be directed towards infrastructure and we’re not that, we’re behaviour change and health.”

He told the A.B.C. that while the programme is in the middle of asking the Australian government for funding “the door is absolutely not closed.”