Although the tender process closed in February, the contract has not been awarded. This was confirmed by the Minister of Police and Prisons, Tialavea Tionisio Hunt, in response to questions from the Samoa Observer.

Following the resignation of Gagaifomauga No. 3 Member of Parliament, La'aulialemalietoa Leuatea Schmidt, who questioned the cost allocated by Parliament's Finance Committee, the Samoa Observer asked the Minister if the contract had been awarded and to which company.

“I can confirm it has been re-tendered and it has not been awarded [to a contractor],” said Tialavea.

He also confirmed that the specification for the generator has been downgraded to a 110kva, as opposed to the initial 200kva generator. This was based on a recommendation from an Electrical Engineer.

Asked why the specifications have been changed, the Minister said the Prisons requested the 200kva generator at the time, mindful of additional facilities at the Prison in the future.

The new tender closed on 10 February 2020.  According to the Invitation for Bids for the SPCS Ref#02/2019/2020 the Government through the Prisons invites sealed bid from eligible bidders for the following work.

“Supply, install, test, commission and sign off one 110kva diesel standby generator and one main switch board for the Tanumalala Prison Facilities.”

The price tag of the 200kva generator, which Parliament was told that the lowest bid was $300,000, led to an investigation into La’aulialemalietoa who questioned the excess cost of generator. La’auli had claimed he had bought a similar generator for less than $100,000 tala.

The Parliamentary Privilege and Ethics Committee found the M.P. guilty of misleading Parliament when he failed to provide evidence to prove his claim. But he maintained that his intention was good when he questioned the price tag and he has made his point that a 200KVA generator can be acquired for less than $100,000 with a quote he provided.

La’auli then resigned from Parliament before the debate on the Privilege and Ethics Committee report concluded.

In the report from the Privilege and Ethics Committee, it noted “other observations” as a result of its investigation.

The Committee believes that these also need to be addressed as so to instigate new processes and procedures to further improve the services of Government Ministries.

It made reference to comments made by the Chairperson of the Finance and Expenditure Committee that responded to claims made by La’auli about the generator price being costly. 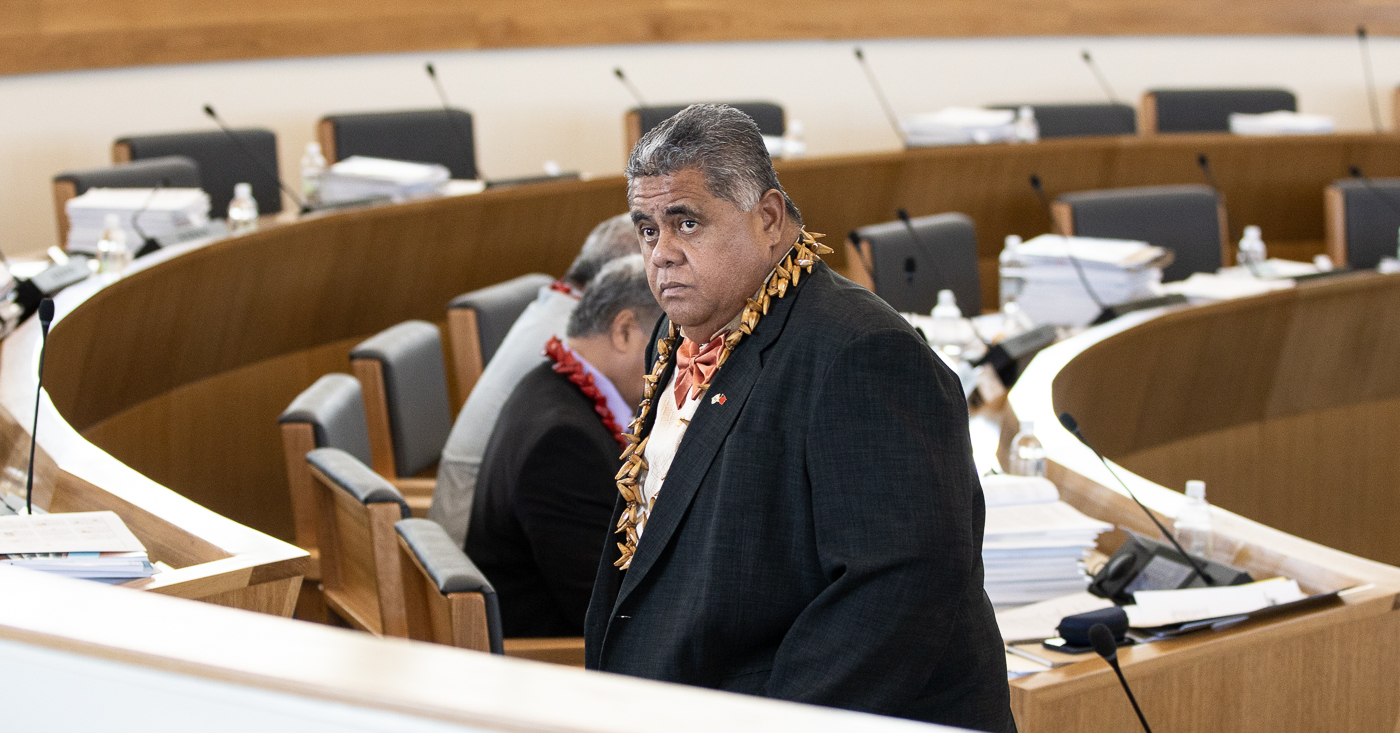 Chairperson and M.P. Aliimalemanu Alofa Tuuau had told Parliament during the exchange with La’auli that the $300,000 number wasn’t just inserted in their report.
“There were companies that bid for the Prisons tender that the Committee reviewed, and this was the most appropriate cost and lowest bid for the prisons,” she said. “That is the answer, we had checked the quotes that were submitted.”

However, that was not quite the case as the Privilege and Ethics Committee found.

The Committee found that there were only two companies that bid with three requested for quotation for the first tender for the standby generator.  The Tenders Board declined all three tenders due to reasons, the Prisons “did not attain a consultant’s advice on a relevant standby generator to be used for the Prisons (E.P.C.)”

“The costs in the three bids did not include other work requirements such as installation, testing, switch board etc,” the report states.

“As a result the Tenders Board advised the Prison and Correction Services to re-advertise bidding for a standby generator.”

The second tender bid took place as advised by the Tenders Board and was closed on the 27th May 2019.

According to the oral submissions put forth by the Ministry of Finance and the Prisons and Connection Services, there was no Company that submitted its bid at the time frame allocated.  However one Company submitted its bid but it was late.

“Despite the bid being late, the Ministry of Finance used the cost of the late bid to base its estimated appropriation for the standby generator of $300,000 in the Supplementary Budget for the Prisons and Correction Services,” the Privilege and Ethics Committee found.

“The cost includes all other work needed for the standby generator to function properly such as installation, testing, switch board etc.”

The wording too on the Supplementary Budget under the appropriation of $300,000 states generator.

“The Committee believes that this does not clearly specify what the Prison and Correction Services need and intentions of the Ministry of Finance (M.o.F.),” the report stated.

“And whether is it just the generator they need funds for, or whether the funds requested includes the generator and installation and other work needed.

“The Committee is of the opinion that the Budget should be made clear outlining all expenses because this can merely mislead Parliamentarians.

“Committee also found during its investigation, the negligence on the part of the Prison and Corrections Services in finding a standby-generator.”

The Committee pointed out this is not the way a Government Ministry should implement a situation where a large amount of money is involved.

“Committee believes that there are already systems in place to ensure that the funds allocated to each Ministry are utilised wisely.

“Committee also noted from its findings, that from the very beginning of this work, the Prison and Correction Services did not seek an advice from an expert on standby generators as to what kind of standby generator was suitable for the new Prisons.

The Management of the newly restructured Ministry of Police, Prisons and Corrections confirmed that they will look into the process regarding the discussed standby generator for the Prisons, says the report.

“The main reason for the many differences regarding this matter is the absence of an expert/technical advice in the first instance especially when such work involves a large amount of money such as the procurement of a standby generator.”

Cost of generators vary depending on the model and country its shipped from.

Quotes from an Australia’s #1 Generator Supplier for a 200kva diesel generator can be purchase for $68,000 tala and around $80,000 for similar specs from Current Generator company in  New Zealand.