Ott Constructors Tama Uli Black is the overall winner of the first round of the Vailima Savaii 7s.

They won after a tough match in the finale against their brothers, S.S.A.B. Tama Uli Red.

The first round of the Vailima Savai'i 7s series commenced last Saturday and was held at the Don Bosco College field.

The tournament was officially launched by Member of Parliament, Namulauulu Sami Leota, who is also the President of the Samoa Rugby Union.

Twelve teams competed in the first round of the tournament on the big island.

Fa'asaleleaga Rugby Union President, Su'a Hesed Ieremia, said there is raw talent seen in the players who competed in the first round of Vailima Savai'i 7s.

The second round of the series will commence this coming Saturday. 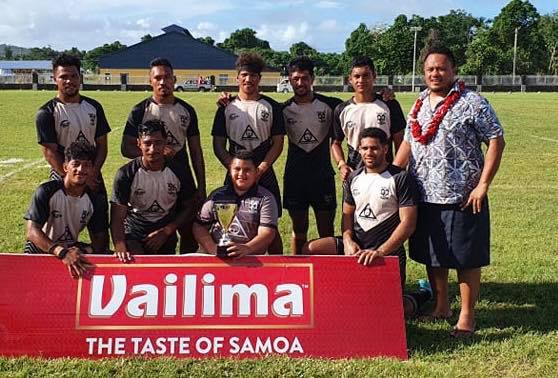 Here are the results for the first round:

Up next is Round 2 at Sapapalii Field next week Saturday.