The Chief Executive Officer of the Samoa National Provident Fund, Pauli Prince Suhren, has confirmed that more than nine thousand contributors have cashed out their two per cent dividend from the Fund over two days.

It means that for Wednesday and Thursday this week, the Fund injected $6,161,060 million into the local economy, with $7.8 million remaining unclaimed. The amount is the balance of $14.2 million [2 per cent] the Fund had allocated for the cash payout.

But the S.N.P.F. premises at Apia, Vaitele and Savai'i continued to attract huge crowds on Friday. The statistics for Friday were not available.

According to Pauli, some 4,576 members were served by their staff of Thursday, which amounted to total cash pay out of $2,853,821 million. 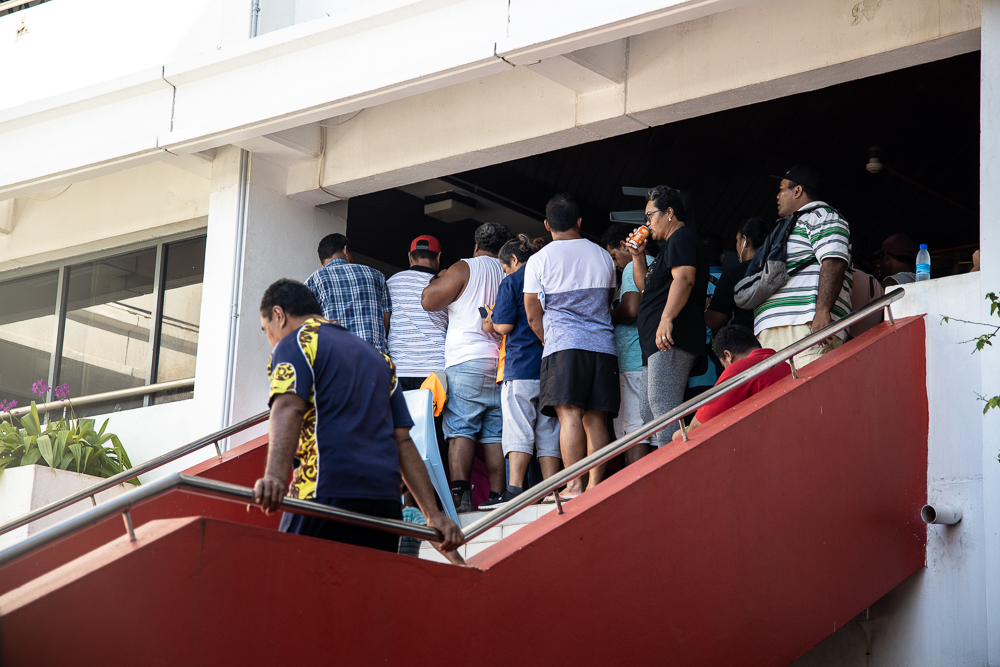 The biggest dividend payment from S.N.P.F. of a total of $64.5 million or 9.1 per cent is paid out in portion with $14.2 million [2 per cent] for July being the first disbursement.

From the amount that has already been paid out as of Thursday, there is still $7.8 million yet to be redeemed by members.

This does not include $21.3 million [3 per cent] that will be credited to members contribution accounts on 1st July.