As the first Pacific woman, and in fact Pacific person, to ever hold the role, Togialelei said she is thrilled with the opportunity to contribute to the museum’s development.

“I feel very thankful but also this reflects the institution and the leadership, and what they are looking at," she said.

“I think it’s a real opportunity for good outreach and community engagement, research.”

With a broad portfolio and an opportunity to dive deeply into a complex and nuanced region, Togialelei said she will be looking at speaking more with the communities that are reflected in the museum.

“What are the innovative conversations we can have with communities, and what are the debates that people are concerned about? How can we represent them in our collections going forward?,” she said.

“Those are some of the elements that I am hoping to look into and explore, empowering and challenging [the curators] to be strategic in terms of how we might operate for the Pacific, by the Pacific and about the Pacific.” 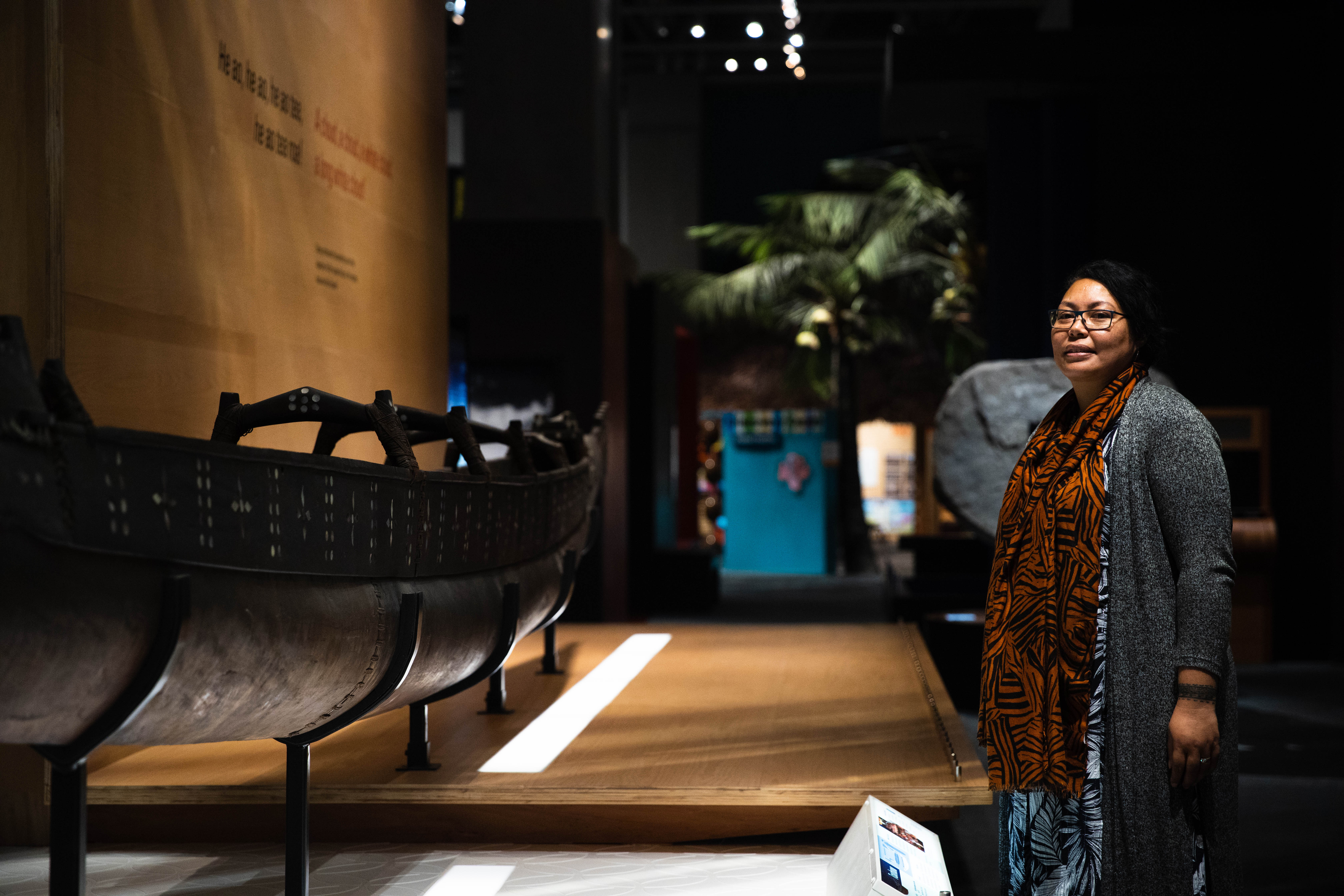 In her role, Togialelei leads six curators, including Pacific Cultures Senior Curator Sean Mallon, who is of Samoan descent, and Rachel Yates who has previously worked on climate change exhibitions.

One of the first pieces projects Togialelei will be working on is a major redevelopment of the New Zealand History and Pacific Cultures exhibition space.

“It has been happening for some time and that will be a really big project I’ll be contributing to, working across different curatorial sections and seeing what the stories are, what are the narratives we want to explore and how do we want to represent that on the floor.”

The team will also be looking at how to take Te Papa online.

It is not Togialelei’s first foray at Te Papa, she was previously a curator from 2008 until 2013. But during that whole time, she said she never considered taking the step towards the senior role she now holds.

“I don’t think it was ever in my mind, to be honest.

“For me, it’s come at the right time for my career, coming back to the museum having been away and having that foundational experience in Samoa.

“It reflects where the institution is at and how they are thinking about ideas around identity.”

Until very recently, Togialelei was the Director of the Centre for Samoan Studies, a role she held since 2018 after three years as part of the Centre.

She said her experience there reforming the programme, student experience, and the infrastructure was instrumental to her growth in the field.

“The collaborations, I have to say, had been an exceptional experience. It’s very international, and there is so much interest, not only in Samoa but in the region.

“I was really thankful that I was able to participate in those conversations around gender and cultural heritage, especially for someone who was outside, if you like.”

Togialelei was raised in New Zealand, and spent some time in Australia before moving to Samoa for her work at the Centre.

As well as her work in Te Papa, Togialelei will continue to be an Adjunct Research Fellow in the Museum and Heritage Studies programme at Victoria University, and as an Associate Researcher for the Centre for Pacific Studies at the University of St Andrews in Scotland.

She has presented internationally on behalf of the Centre for Samoan Studies, including on colonialism in museums at a museums restitution conference in Tanzania, on public health care in Samoa at a conference in Australia and on gender inequality in Fiji.

Togialelei was also part of the work to open the Palauli Heritage Trails in Savaii, a village-led project in Vaitoomuli.