The Association’s Programme Coordinator, Hillier Pouesi, said they wanted to improve access to information for people who were visually impaired.

The braille reading material is being produced by the Association’s Braille Production Unit, which was set up in November last year through the help of the Civil Society Support Programme (C.S.S.P.). 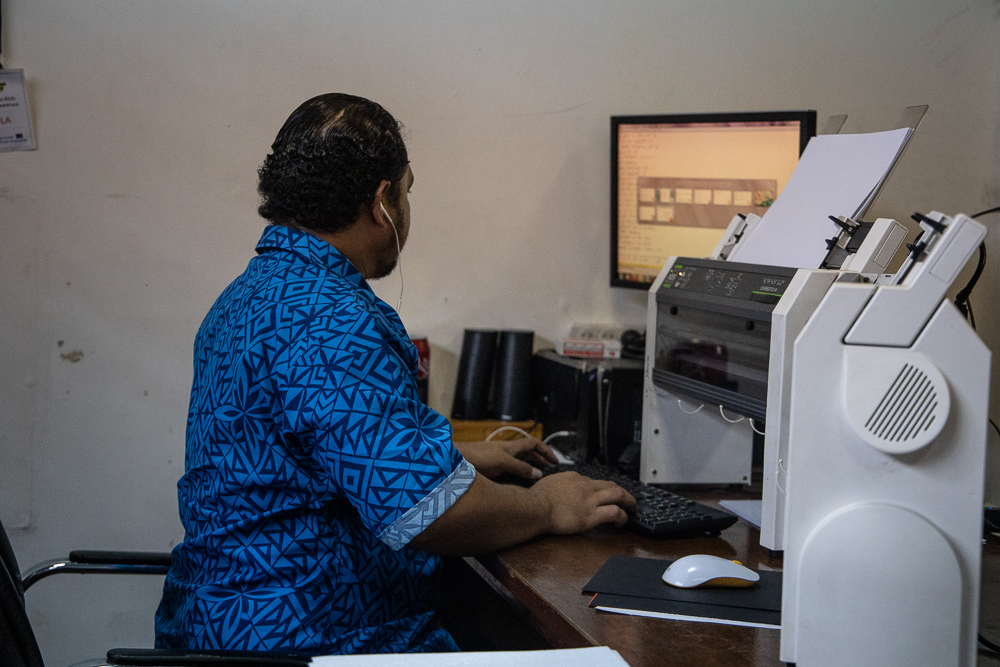 The production of reading material by the Association complements the Government’s decision to ratify the Convention on the Rights of People with Disabilities, according to Mrs. Pouesi.

"That's why we are trying to do braille so that everyone would have access to information, especially for people who are blind and visually impaired,” she said.

“When we started our production, it was only in our local community but so far we have some of the Government Ministries that we work with. For example, the Office of Electoral Commission, so we are trying to convert and transcribe their printed documents into braille.”

Besides translating work for Government Ministries, they have also done some work for a United Nations Development Programme [U.N.D.P.] project and will soon be making home and school visits. 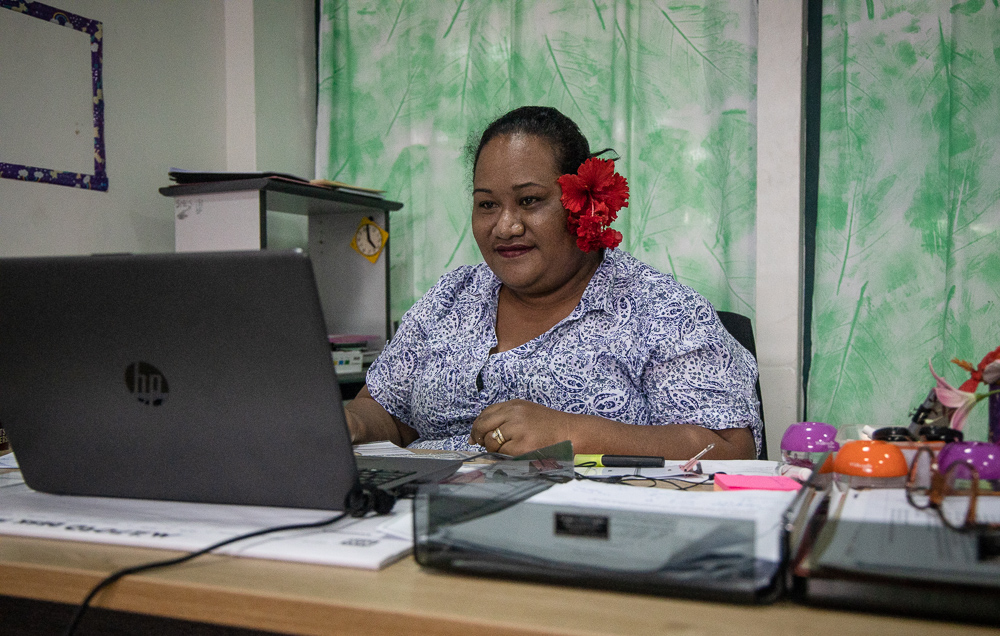 "For the future, we are trying to work with other Ministries. It's making sure that everyone has access to information. We also do home and school visits. Mainly for school, we provide training for teachers," she added.

The Association has been receiving positive feedback on their work producing braille reading material, added Mrs Pouesi, and they have also reached two of their members studying at the Australia-Pacific Training Coalition.

Currently, there are 10 braille machines in Samoa and the Association is on the lookout for willing donors to provide more.

Isaako Tuato, the Association’s Programme Officer, told the Samoa Observer that the machine  they currently is called an embosser. 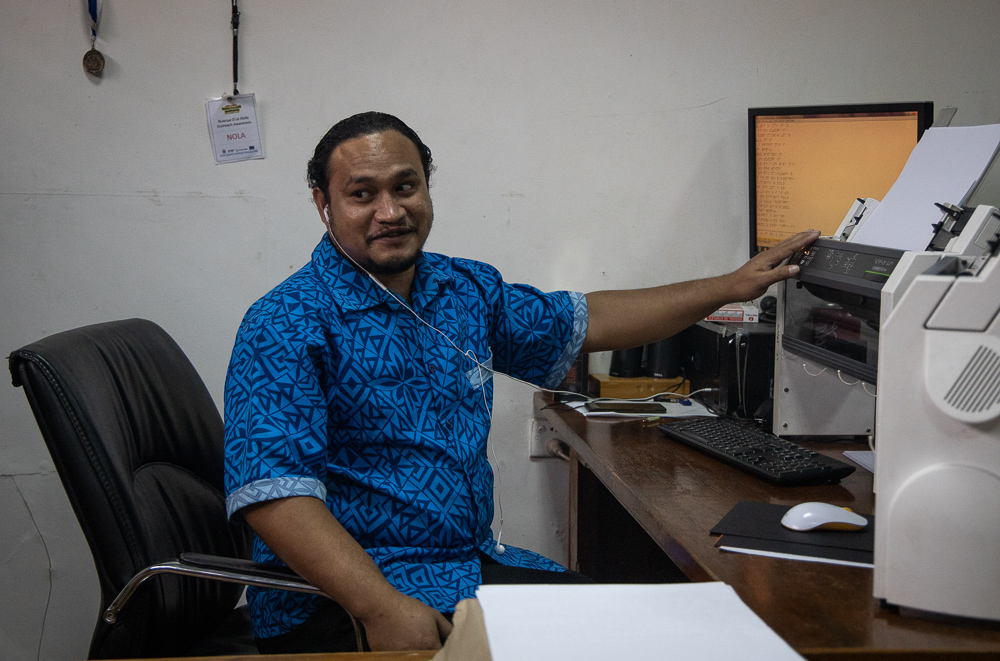 They have training sessions every month for their staff to know how to use read and write braille.

Mr. Tuato, who is currently running the in-house training, revealed that it took him one year to learn how to read braille and the job of translating is a difficult one.

"Braille requires a lot of space, for example, if you give me one print page document and if it is translated into braille on A4 size then it would use more than three sheets," he said. "I have learned a lot from the use of machines and software for production."

Having received training in the use and maintenance of the embosser – through a representative of the manufacturing company – Mr Tuato said that the equipment that is being used is expensive.

"The cost of one machine would be over USD$3000, if we want to upgrade the machine to its latest version then it would be more than USD$5000. Also, the software we use costs more than USD$1000," he said.

They are happy to offer their service to any organisation that needs to translate their documents into braille for an affordable price, he said.