The red-colored Nissan X-Trail with its front bumper and wheel damaged. (Photo: Vaitogi A. Matafeo)

The passengers of two vehicles that collided at Mo'ataa in front of the Apia Park Stadium on Monday escaped injury.

An eyewitness, who refused to be identified when interviewed by the Samoa Observer, said the driver of a red-coloured Nissan X-Trail put on his indicator to show he was turning right unaware of the approaching vehicle.

Upon realising his mistake of overtaking two cars that placed his vehicle in the direct path of the Nissan X-Trail, he tried to turn back to the right lane only to crash into an approaching car. 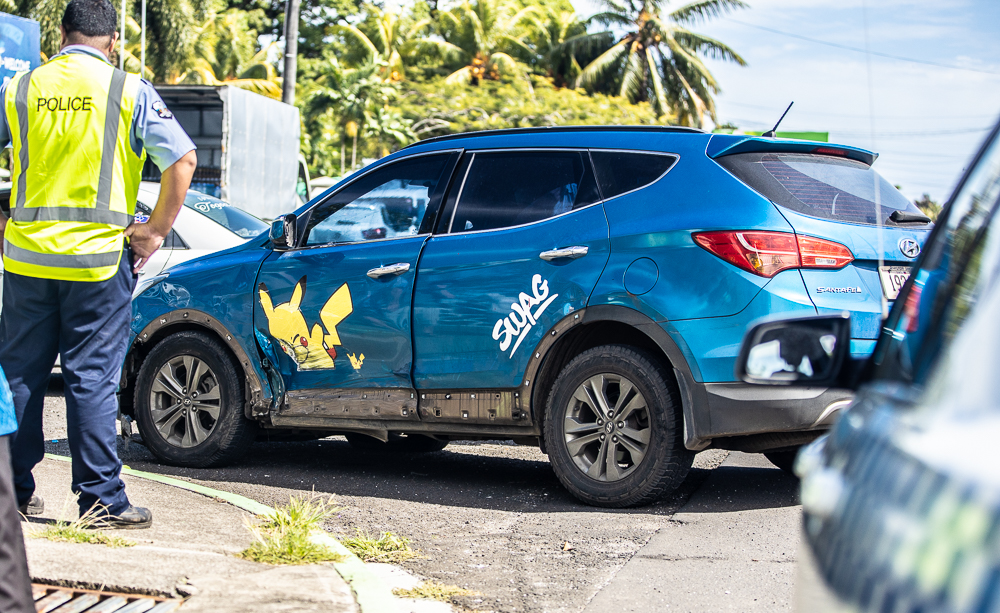 The Hyundai Santa-Fe had scratches on the left side while the Nissan X-Trail had its front bumper and the right wheel damaged.

Police officers were at the scene of the crash when the Samoa Observer arrived. They refused to comment as they are not authorised to speak to the media.

Another eyewitness at the Apia Park front gate said he did not know what happened until he saw a police car parked in front of the stadium's gate.

He said the driver of the Nissan X-Trail lives in Moata'a and must have been on his way home when the crash occurred.