The photo, originally taken by the Reuters wire service, has been republished in several prominent publications. (Photo: Supplied)

A Samoa Airways’ plane that never was, a cancelled order for a Boeing 737 MAX 9, has inadvertently thrust the national carrier into the global media spotlight as Boeing begins test flying the previously grounded model.

The 737 MAX was grounded for more than a year after crashes in Africa and Indonesia; news that it was no longer allowed to fly came just a week before Samoa Airways was due to receive a model.

But a shot of that very plane, and its Samoa Airways branding, has risen to global prominence after a photo of it, taken by Lindsey Wasson of the Reuters news agency last year, has been widely used in stories about the potential return of the 737 MAX.

In most of the aerial shots of the tarmac space at the Boeing Field facility, the Samoa Airways distinctive white bent coconut tree logo on the plane’s blue vertical stabiliser stands out among dozens of grounded planes. So too does, the name of ‘Samoa’ in blue on its body remains.

The photos showing the Samoa Airways branded aircraft have appeared in media around the world again this week, including in the New York Times and the British Daily Mail as Boeing begins flight testing the model.

The branded Samoa Airways is amongst the several grounded 737 Max planes piled at the company's Seattle plant.

The grounding cost the aviation industry tens of billions of dollars and eroded the profit margins of several airlines. 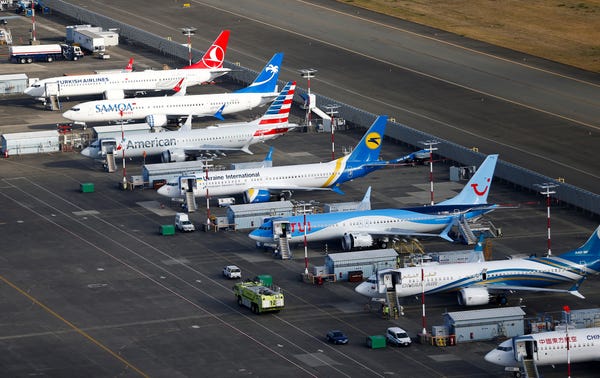 If Samoa had received the Boeing MAX 9, it would have made the airline the first in the Pacific to operate a Boeing 737 MAX 9 aircraft.

It was expected to be leased from the Air Lease Corporation (A.L.C.) in the United States.

A week before the delivery of the new Samoa Airways aircraft, the Boeing fleet model Max were grounded following the crash of Ethiopian Airlines Flight 302.

It was the second crash from the aircraft model in five months.

Samoa Airways was instead forced to move quickly into a new arrangement: to "wet lease" a 737-800NG from the Malaysian-headquartered Malindo Air. The lease arrangement was cancelled in April of this year. 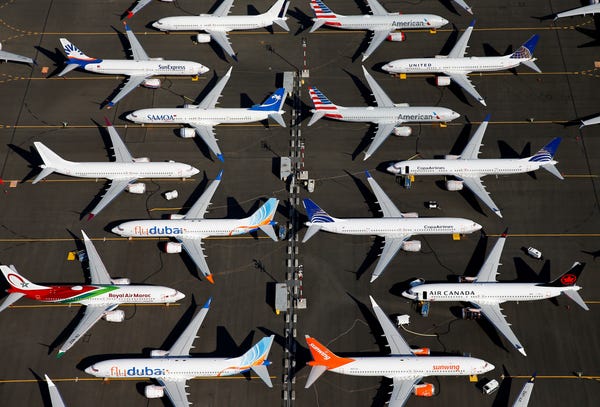 Despite the grounding of the Boeing MAX fleet after the second crash, the company continued to field orders from customers.

Some are still expected to be delivered as soon as the grounding ends, while others will not, such as the Samoa Airways branded aircraft.

But as the grounding stretched on longer than Boeing originally estimated, undelivered orders piled up — and Boeing was forced to find space for them - in its employee parking lot.

More than a year later, Boeing has received approval from America’s Federal Aviation Administration to start test flights of its 737 Max to demonstrate that it can fly safely with new flight control software.