A program under the Samoa Women's Association of Growers [S.W.A.G.] is aimed at getting street vendors engaged in the community and making them feel involved.

The program initially started with Tuatagaloa offering free ukulele lessons for street vendor kids, and anyone who is interested in learning how to play with Leota Lene stepping in as well offering to teach fire-knife dancing free of charge. 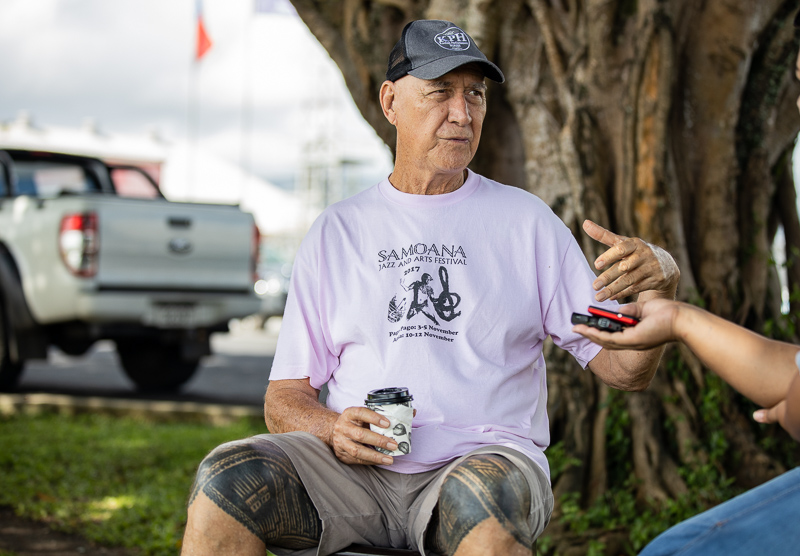 "I’ve been having these free ukulele lessons for three weeks now on Saturdays but today’s the first day we’ve started on the fire-knife dancing," Tuatagaloa said

"This program that I do was mainly to encourage the street vendor kids and they are the purpose of doing what I do here on Saturdays.

"When we first started the market here, they were a challenge because they were somehow in the way of what we do here.

"And then our S.W.A.G. committee had a discussion and we agreed not to chase them away as they were also trying to earn through what they were selling."

Leota Lene of Siva Afi has been doing these community programs as well for a while and he's taken a few street vendors off the streets and under his wing, hence his involvement in the S.W.A.G. Saturday market. 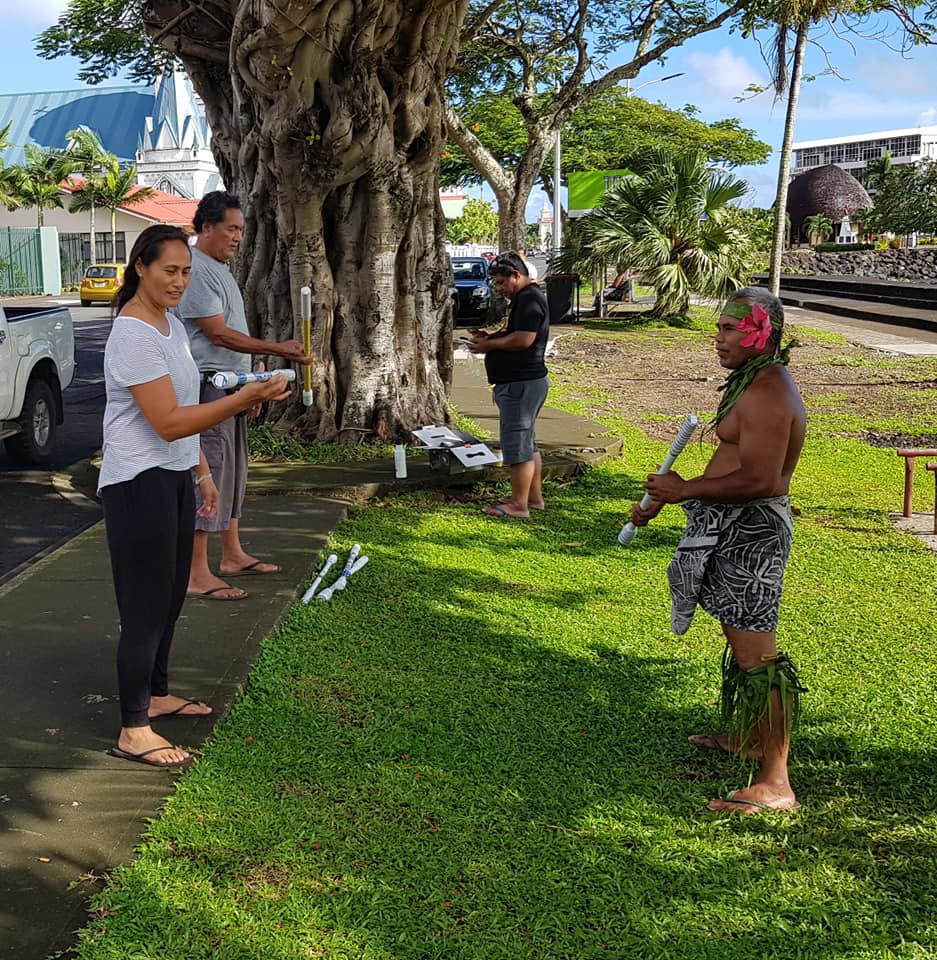 Tuatagaloa says that they understand why these kids are out selling goods, as they are also trying to provide for their families and through his program, it will be a good additional skill and talent for them.

"I’m not a professional musician, but growing up I listened to others play and I was able to pick up," he said

"I used to do ukulele lessons as well back in our village at Poutasi and there are quite a few of our village kids who are now good at playing the instrument."

He also said that for those interested in coming for the lessons that he offers ukuleles made locally from Poutasi to be used during his lessons.

The S.W.A.G. had been having their markets at Tauese in front of Italianos, Bella's Kitchen and Cocktails On the Rocks ever since their Sunday market was prohibited under state of emergency [S.O.E.] orders.

"We’ve set up here every Saturdays now and we’re grateful to these businesses here for providing the space," Tuatagaloa said

"After about the second or third week of the market, we set up a little table for street vendor kids. So rather than walking around selling their products, we managed to sit them down and have their market here. 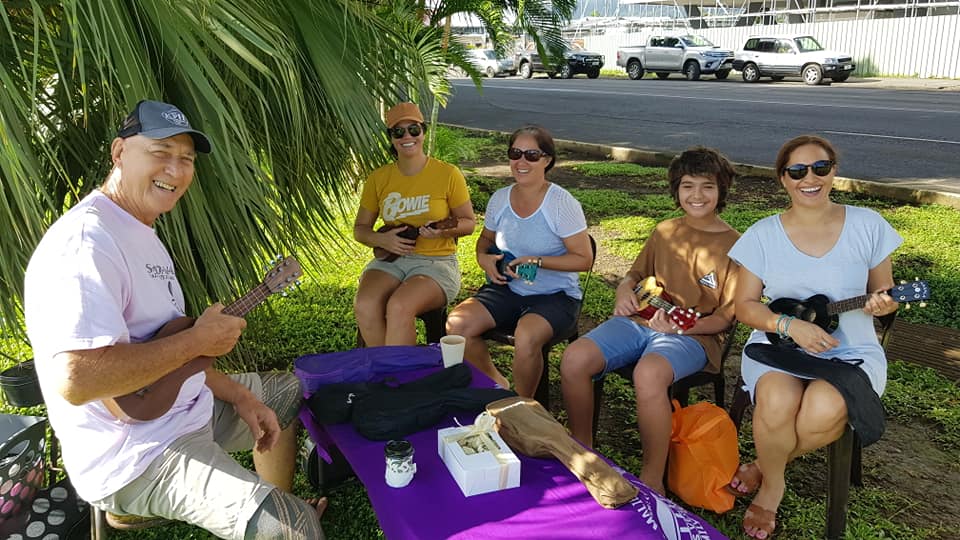 "And then the next few weeks, they started disappearing and I haven’t seen any of them and I’m hoping that they’ll come back because I want to teach them another skill.

"It’s not just about the farmers but about the community and how we’re coping with COVID-19 and preparing them for a better future."

Tuatagaloa said that S.W.A.G. hasn't chased them away but they believe that the kids are worried that they might get arrested by the police, as they are not allowed to be street vending as per the S.O.E. orders.

He added that not only did he start his free ukulele lessons, he had also introduced early on at their S.W.A.G. Saturday market was music, and Eyespy Radio came down and set up at Tauese.

He then invited some young local talent through Doris Tulifau of Brown Girl Woke fame.

"They came down one Saturday, and they played and sang here and it was great and I’d like to see more of that where our young local talents come here and sing, perform and dance," he added

"It just adds another social dimension to the whole atmosphere here."

Tuatagaloa hopes to have more local musicians perform down at Tauese during their Saturday markets, after they set up a little platform they can perform on, and Eyespy Radio will record them and send their voices out to the world.

"So this is slowly happening and these young musicians they perform down at Taumeasina every Tuesdays," he added.