"Truth has been revealed," La'auli declares

Former Cabinet Minister, Laaulialemalietoa Leuatea Polataivao, has continued to protest his innocence, after the Supreme Court dismissed more than a hundred charges against him on Friday.

Declaring outside the Supreme Court that the "truth has (finally) been revealed", the Gagaifomauga No. 3 M.P., who recently quit the Human Rights Protection Party (H.R.P.P.), said he knew he had done nothing wrong.

The decision delivered by Justice Vui Clarence Nelson before a packed Courtroom brought an end to what La'auli said has been a seven-year-old battle.

“Like I said before I walked away from my Ministerial portfolio, I claimed my innocence," he said. "Now the truth has been revealed."

La’auli was charged with one count of forgery, one count of using forged document, 50 counts of illegal trading between the defendants and customers of L.P.A. and 48 charges in relation to unathorised hire of truck to Vailima Breweries.

Justice Vui found that the prosecution failed to prove the charges against La’auli and three co-defendants beyond reasonable doubt.

La’auli’s wife, Heather Schmidt, his nephew, Martin Schwalger and employer, Tuitui Aiolupo, were the other defendants who had charges against them dismissed.

But Laauli's business associate and the owner of Talamua Media, Apulu Lance Polu, was found guilty of one count of using a forged document. 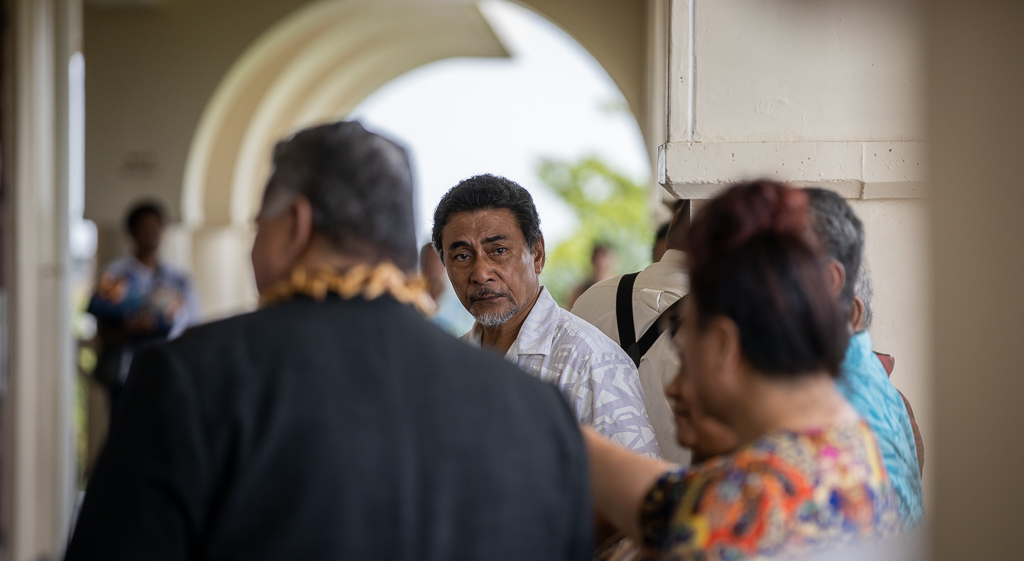 “The end result is that only one charge has been established against Mr. Polu and the rest has not been established beyond reasonable doubt,” Justice Vui ruled. “You are [all] discharged except for Mr. Polu.”

Apulu is remanded on bail until his sentencing on 20 July 2020.

The Courtroom was filled with supporters of the five defendants. Among them was La'auli's fellow independent M.P., Olo Fiti Vaai and H.R.P.P's Faumuina Wayne Fong.

The five defendants were initially charged with 233 offences that were reduced to 105 charges before closure of the trial in December last year.

All of them pleaded not guilty to the charges in relation to the operations of a nonu juice company name the Local Partners and Associates.

The charges stem from a business fallout between La’auli, Apulu and Associate Minister of the Prime Minister’s Office, Peseta Vaifou Tevaga into the nonu juice company.

In an interview with La’auli, he said he was relieved.

“This is testament of what I had declared when I resigned from my Ministerial position that I am clean from all of this,” he said.

“I praise the Lord for the outcome and I also acknowledge my constituency, my families across Samoa for their word of encouragement and support.”

In 2017 when criminal charges were filed against La’auli, the former Minister of Agriculture and Fisheries resigned from his ministerial portfolio to clear his name.  The criminal proceeding was led by overseas lawyers hired by the Office of the Attorney General to prosecute. 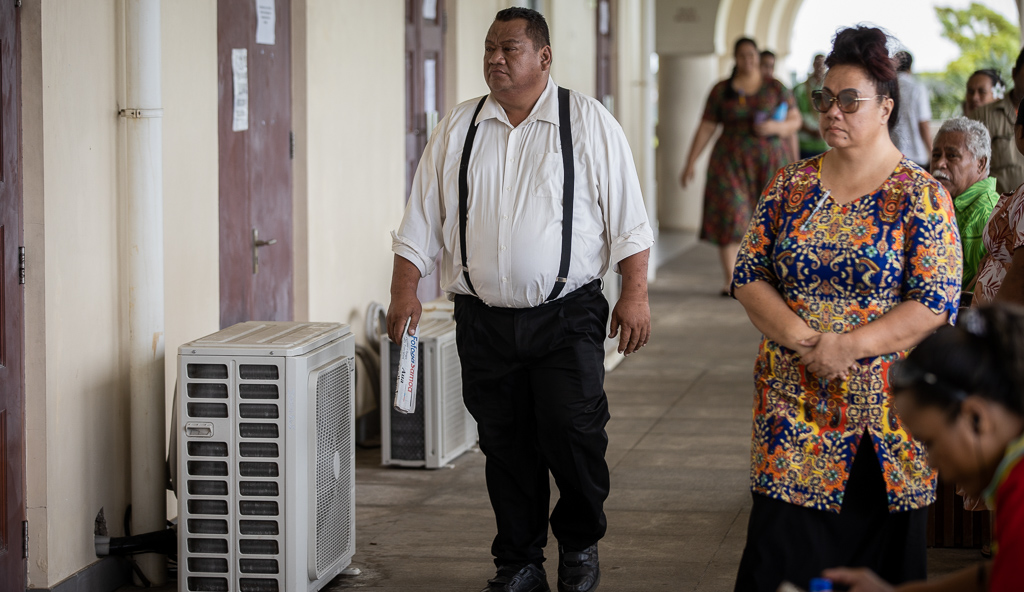 On the other hand, La’auli was represented by QC Aaron Perkins while QC Kieran Raftery acted for Apulu.

The trial began in June 2019 while the country was hosting the Pacific Games. It lasted five weeks.

La’auli was the only defendant that gave evidence aside from an accountant of the L.P.A. who testified in the defence case.

The other four defendants in the matter had opted not to testify.  In his 91 pages written decision, Justice Vui made it clear there is evidence of criminal activity in the case but it is an issue of evidence and credibility.

“It is as in all criminal cases always tempting for defendants (with the possible exception of Mr Polu who has been found guilty of one charge) to regard “not guilt” findings as a complete and utter vindication of their actions,” he said.

“I would caution the defendants particularly the outspoken first defendant [La’aili] against this.  As noted above in every criminal trial the prosecution bears as it must the burden of proving beyond reasonable doubt that a crime has been committed.

Further he said, “in this case there was evidence of criminal activity but the correctly rigorous standard of proof required by the law could not be attained.  It is an issue of evidence and credibility thereof and whether it was sufficient to meet these tests.

“The Court has found with one exception that they did not.”

Justice Vui added that nothing more than that should be made of it.

He described the proceeding as an “emotional charged trial with dominant personalities on both sides conducted in a very public and sometimes hostile atmosphere”.

Lastly, Justice Vui acknowledged the lawyers involved in the case for their professionalism and great assistance to the Court with the “voluminous documentary evidence” the proceeding entailed.