Over two million in grants for women's equality

Projects focused on improving the economic status of women living outside of their home villages by building their management and financial skills have received $2.4 million in funding.

In Samoa, the term ‘nofotane’ refers to women who, after marriage, live in their husband’s village and family, leaving them with far fewer connections than those who marry into their own villages.

The Government of Samoa through the Civil Society Support Program II in partnership with the European Union (E.U.) has awarded six non-Government organisations (N.G.O.) grants for the gender equality initiatives. 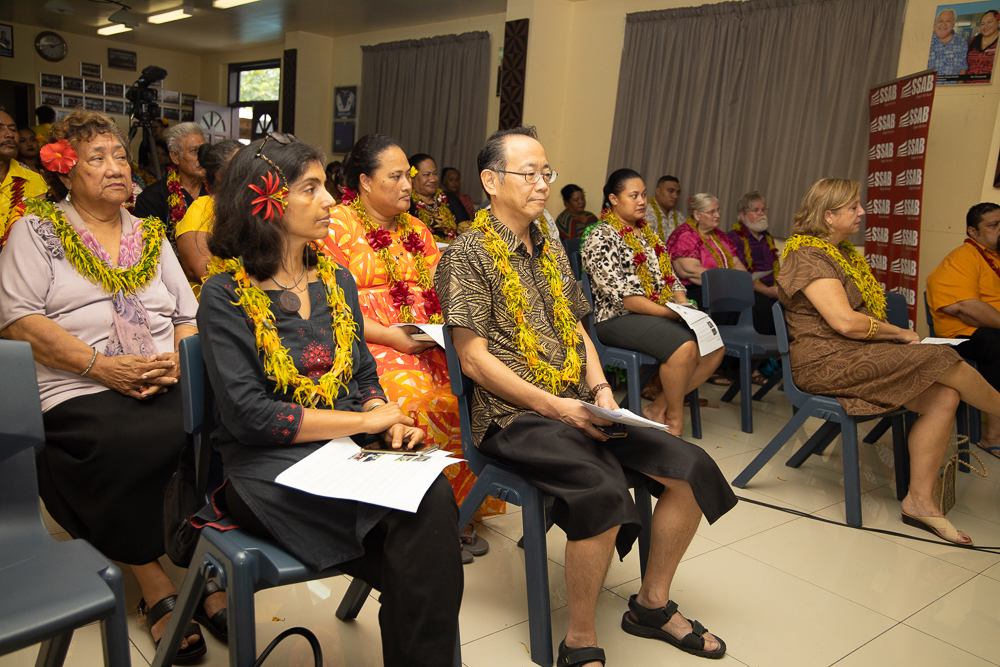 The Samoa Victim Support Group (S.V.S.G.) is one of the six recipients and is ensuring work towards economic empowerment and gender equality.

A 15-seat vehicle worth $50,000 has also been provided in conjunction with the financial support for the S.V.S.G.’s work which involves transportation around Upolu, Savaii and Manono-tai.

The S.V.S.G. will work with organisations including Women in Business Development, the Bank of the South Pacific as well as the Samoa Commercial Bank to enhance market access, promote financial literacy training and to increase their access to credit.

A small ceremony to mark the launch of the project was held at the Samoa Stationery and Books conference room on Thursday.

It was attended by more than 20 women who are part of the nofotane programme.

According to S.V.S.G.’s patron, Tuisugaletaua Sofara Aveau, the project is aimed at sustainable income generation and self-employment of nofotane women and ensuring they have access to support and resources.

“In order to better sustain their income generation activities, they need to have other access to outlets, to sell their products from their small businesses and maintain those access for longer times to realise better income and regular availability,” he added.

He said the project will assist 700 nofotane who have previously accessed S.V.S.G. support but noted that these women were not isolated and had support from their families; daughters; and were linked to other businesswomen.

“Therefore, it is only natural that more women and family members will join the project activities and people participating in the project increasing, can be a good gesture for C.S.S.P., S.V.S.G. and Samoa,” he said.

“The project will run from June 2020 to June 2022 and will be conducted and coordinated from the S.V.S.G. headquarters in Apia.”

The Head of Cooperation at the E.U. Delegation for the Pacific, Christoph Wagner, he said that the E.U. is pleased to partner with the S.V.S.G.

“To empower nofotane women especially given the current economic downturn due to the global pandemic,” Mr. Wagner said.

Mr. Wagner said that support was made all the more crucial by the current economic environment:

“There indeed can be no sustainable development without empowering women and girls as they represent half of the world’s population. Gender equality and female empowerment are at the core of the EU’s values.’’

The head of the Ministry of Foreign Affairs and Trade, Peseta Noumea Simi, said that the support provided through C.S.S.P. complements the E.U.’s regional Spotlight initiative. That programme seeks to address gender-based violence in the Pacific and particularly in Samoa; domestic violence have been notably exacerbated by the COVID-19 pandemic.

The financial support from the E.U. will go towards developing income-generating activities for self-employed nofotane.

The grant will also go towards the S.V.S.G.’s broader aim of supporting victims of gender based violence.

The President of the S.V.S.G., Siliniu Lina Chang, thanked the E.U. for the funding grant which she said would help achieve its aim of gender equality.

“The women’s ability to participate, to be heard and to contribute to the wellbeing of their families is S.V.S.G.’s holistic approach to sustainable development and the achievement of gender equality,” she said.

The grant will be implemented over the next two years and involve communities, villages, village councils, Government and financial institutions.

S.V.S.G. is a non-governmental organisation set up in Samoa in 2005 to support victims of crimes and the most vulnerable populations through advocacy, casework, and shelter for children.