Go back in time in Falealupo

One person at a time can make their way slowly across the bridge, but the pace is not for safety’s sake. Take your time to inhale the rainforest’s many scents. It smells ancient. (Photo: Aufa'i Areta Areta)
Savaii

Falealupo has a lot to offer international tourists.

Its expansive white-sand beaches, extraordinarily sweet oranges, that infamous canopy walkway and the spiral staircase winding around a 300-year-old tree.

But to Samoans, it is more than that, it's an opportunity to walk the dirt roads of the country’s customary and Christian traditions and heritage, and spend time in the home of some of the more famous myths and legends children grow up with.

Falealupo is the western-most point of Savaii with nothing ahead of it but the ocean. The closest neighbour is Hahake in Wallis and Futuna and it is 400 kilometres away, so completely out of sight to the naked eye.

It is the birthplace of the goddess Nafanua’s father Saveasiuleo, who rules over the spirit world of Pulotu whose entrance Fafa o Saualii is at the very tip of Falealupo-tai.

A mythical giant called Moso journeying across the Pacific has left his footprint in Falealupo, and ancient flows of lava have left mysterious caves scattered around the area. 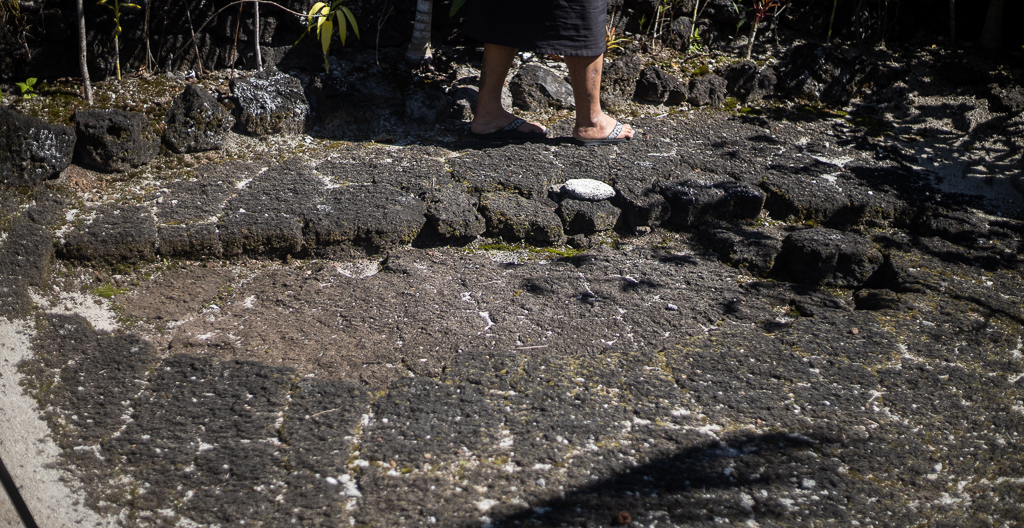 Village matai and tour guide Silialaei Tuaia believes every Samoan should spend time in their ancestral homeland of Falealupo.

“My message is: come. It's good to hear about the legends, but come and see them,” he said.

“Many of the words in Samoan language used in lauga (speeches) in church and special occasions, the deepest and hardest words come from here, because many things happened here.”

One of those words is the name given to the Little Sisters of the Poor Home for the Elderly in Vailele, Mapuifagalele, and the proverb it stems from: “lutia I puava ae mapu I fagalele.”

Silialaei explained the name refers to Fagalele Bay in Falealupo, which is where bodies and boats broken by storms at sea will eventually be washed up and returned home.

“From the sea, every fisherman whose canoe was broken by the rough seas, every piece of the boat and the fisherman will be brought home to the sands of Fagelele. No one will be lost to the sea,” he said.

The village children and young people are taught Falealupo’s stories often, and from a young age. But Silialaei wants the rest of Samoa to know the tales of their heritage too.

“Some of them know but only people who are connected to Falealupo, so I want them to come here.

“We are dying. Soon the young people of Falealupo will continue the teaching,” he said, referring to the elders of the village. 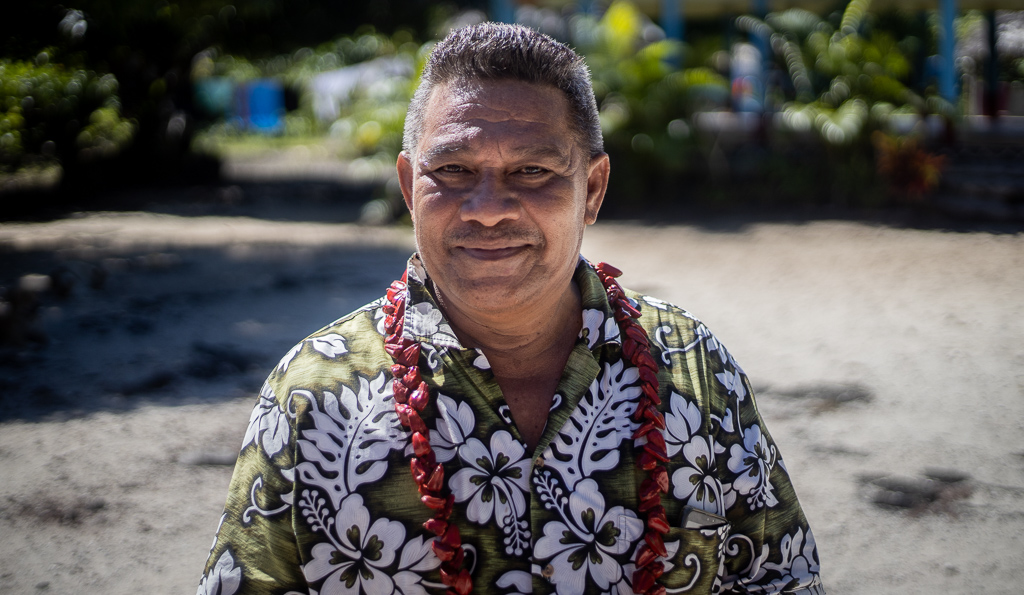 As well as Samoa’s ancient history, the country’s younger achievements are on show in the area too. The elegant construction of the Canopy Walkway which brings in $20,000 in profits annually and finances a pension for Falealupo seniors, is a feat of modern times.

A winding metal staircase takes you to the top of the swing bridge, which towers 40 metres above the sandy forest floor. One person at a time can make their way slowly across the bridge, but the pace is not for safety’s sake. Take your time to inhale the rainforest’s many scents. It smells ancient.

On the other side, a set of stairs spirals around the 300-year-old banyan tree and several decks are installed at points throughout the tree for you to stop and take in the view.

When the village moved to sell logging rights to much of the rainforest, an ethnobotanist looking to study some of Samoa’s native plant species encouraged a major turnaround and instead the village signed a covenant to protect the rainforest, in exchange for money to rebuild their school.

Today it is lauded as one of the most successful examples of village-led eco-tourism, and to thank him for his part the village bestowed with the title Nafanua on ethnobotanist Paul Cox in 1989. 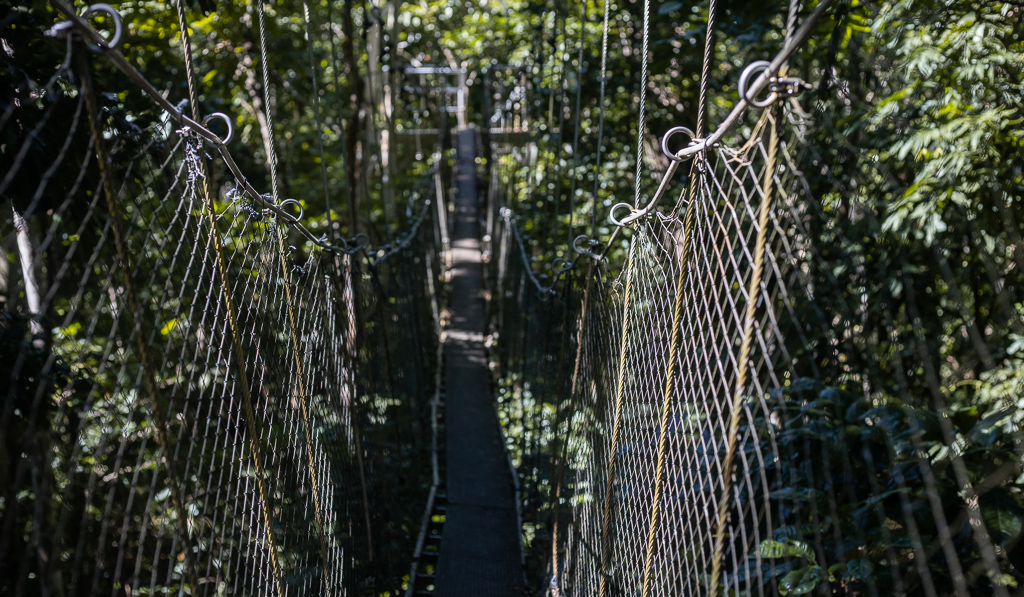 In the absence of tourism, Falealupo’s income is drying up. The money earned from taking tourists across the walkway and through the legendary sites around the area finances village development, school improvements, the senior's pension and even family events like weddings and funerals.

But Silialaei is not concerned for his and other’s welfare.

“We can live without tourism,” he said.

“We just decorate and maintain the tourist sites and keep them clean. Not this year, next year, people will come. If they know about the legends of Falealupo, they will want to come.” 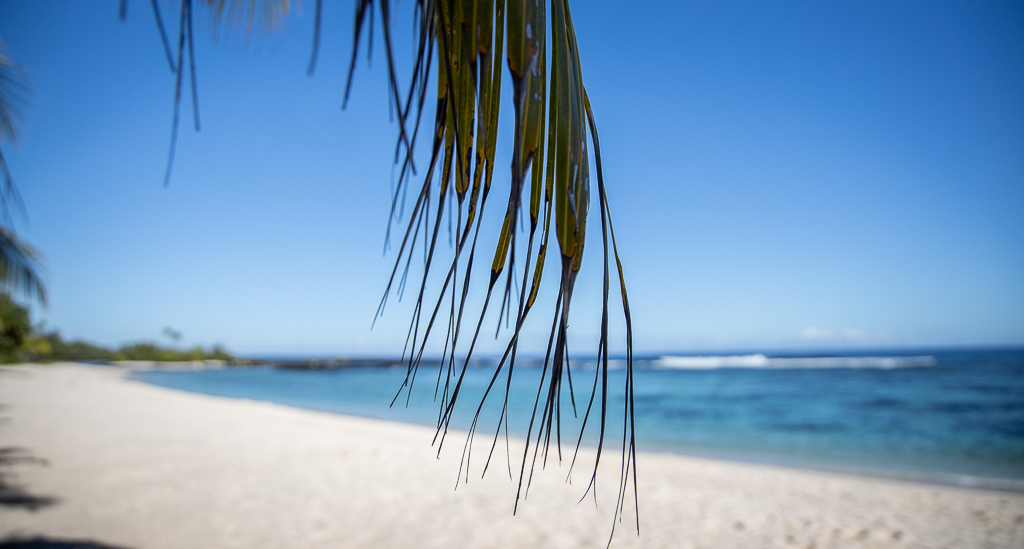