With lush resorts priced for overseas currencies and unable to shrink prices any lower than they already have to attract locals (both Amoa Resort and Le Lagoto Resort and Spa say they cannot make ends meet at less than $300 per room per night), how many Samoans are willing to spend on accommodation? (Photo: Aufa'i Areta Areta)
Savaii

When Samoa first went into lockdown to fight off any coronavirus, it closed the route between Savai'i and Upolu. After a few weeks, ferry services returned but with a limited schedule, and now they basically run as normal with one exception.

There are no ferry services on Sundays, and it has Savai'i hoteliers worried any push for locals to spend their weekends – and their money – on the big island, is sunk.

Amoa Resort Manager, Elisabeth Siaosi, said the ban on ferry services, swimming and operating business at all on Sundays will be a major hindrance to the tourism sector recovery in the wake of COVID-19. 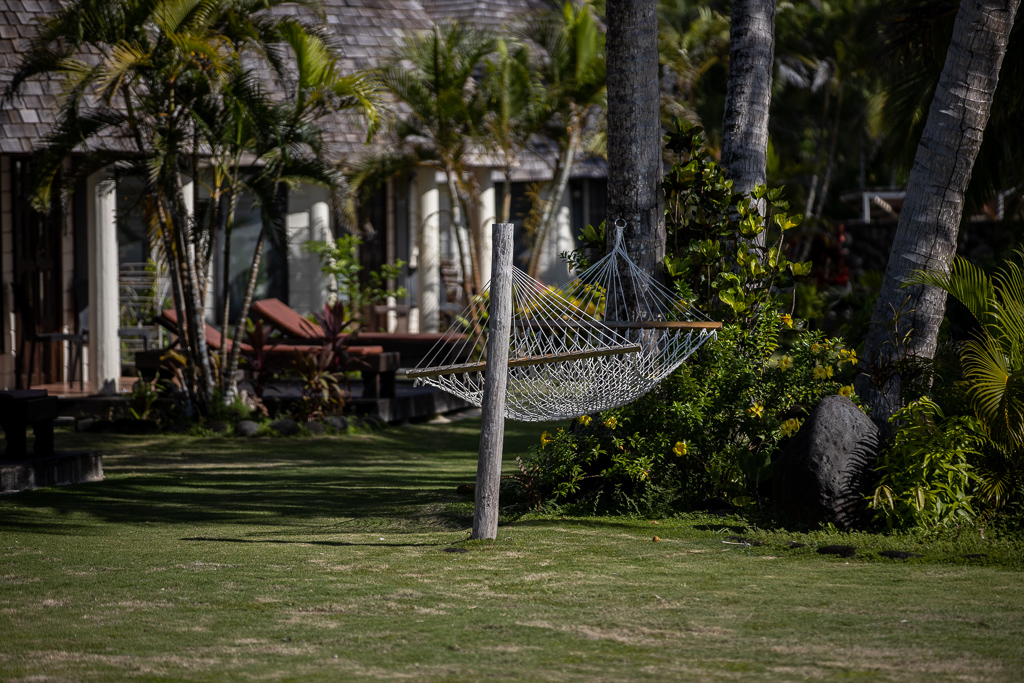 Ms. Siaosi is worried that if Upolu residents are being asked to consider a weekend get-away to Savaii, they won’t take kindly to taking the 6am ferry back on Monday morning, before a workday.

The Sunday business ban is also taking its toll, with one of the few days in the week hotels can make money by hosting lavish toonai, which have becoming regular traditions for families who prefer not to cook once in a while.

Even after reducing prices on their rooms down to a flat rate of $295 for any room, bookings aren’t the main income for Amoa Resort, but lunch, dinner and the bar.

If, as the Prime Minister has said, the Sunday ban on business operations is drafted into law and passed, Ms. Siaosi says businesses should be compensated.

“We made the investment,” she said simply.

In the meanwhile, she and others are going to the Savaii Samoa Tourism Association (S.S.T.A.) pleading their case, hoping they will be heard by the S.T.A and government.

S.S.T.A. member and Managing Director of the Lata Plantation Richard Wetzell is highly critical of the ban on Sunday ferries.

His business, which relies on tourism for 80 per cent of sales of water (Samoa H20) and vegetables, needs the visitors as much as hotels do.

“Travel is a bit of a challenge for tourism in Savaii, it always has been, particularly with no air service and the closing of the Sunday service,” he told the Samoa Observer.

“You can still come across to Savaii, whether it be Friday afternoon or Saturday, spend two or three nights and go back Monday morning on the 6 o clock [ferry]. It means an early start but you can do it. But you’re kind of wrecked for work.”

He said conversations with multiple hotelier friends across Savaii reveal the same problem: customers enquire about bookings for the weekend, get close to committing to the trip and realise they can’t travel home on Sunday afternoon.

“The Sunday ferry service is a major obstacle for properties in Savaii at the moment. We need the air service. Not having air service is really hurting the industry here.”

Mr. Wetzell said the other issue is that the ferry itself is prohibitively expensive for people who want to bring their car across the strait. While cheaper than renting a car for a weekend, the near $200 round trip fee puts a lot of people off coming.

His proposal to the S.S.T.A. and then to the S.T.A. is that the government should consider subsidizing the car service while it is leaning on locals to fill the tourism gap.

“If our market over the next six to nine months is going to be Upolu, our biggest challenge is if there is a family coming with a car, that’s $200 return straight away.

“They haven’t paid for accommodation, meals or anything else. We want to try and get some kind of assistance in potting packages together to make it more attractive in Upolu.”

Next month, the S.T.A. is dedicating the entire month to convincing Samoans to travel to the big island and spend their money there to keep a struggling industry alive.

But if the ferry ban persists the campaign may struggle to take off, hoteliers say.

S.S.T.A. President Vaaelua Faapoipoituuloa Gidlow is optimistic the government will listen to Savaii’s concerns, but he also knows he needs to play a long game.

“We have always had a good relationship with S.T.A.,” he said.

“We have always been supportive of what they do and in return we get their support, but it’s hard to please everyone so if there are issues where we don’t get what we want, it’s just the way it is and we live to push another day.”