Women of Saleaula maintain lava fields, waiting for you to visit

On a normal week in Saleaula, Savai'i, the stunning remains of the 1905 Mount Matavanu eruption are visited by hundreds of guests from both Samoa and abroad.

When the global COVID-19 pandemic caused Samoa to close its borders and go into a state of lockdown, the famous lava fields shut down too.

No tourists, families or school groups are walking their jet black plains.

The lack of tourism in Saleaula has been a massive financial hit to the village.

A good day of guests can bring up to $30,000 monthly but in the last few months just a handful of people come through.

But armed with their salu and sapelu, the Saleaula Women's Committee are the lava fields caretakers, tending to the site everyday as if it were about to be flooded with tourists once more. 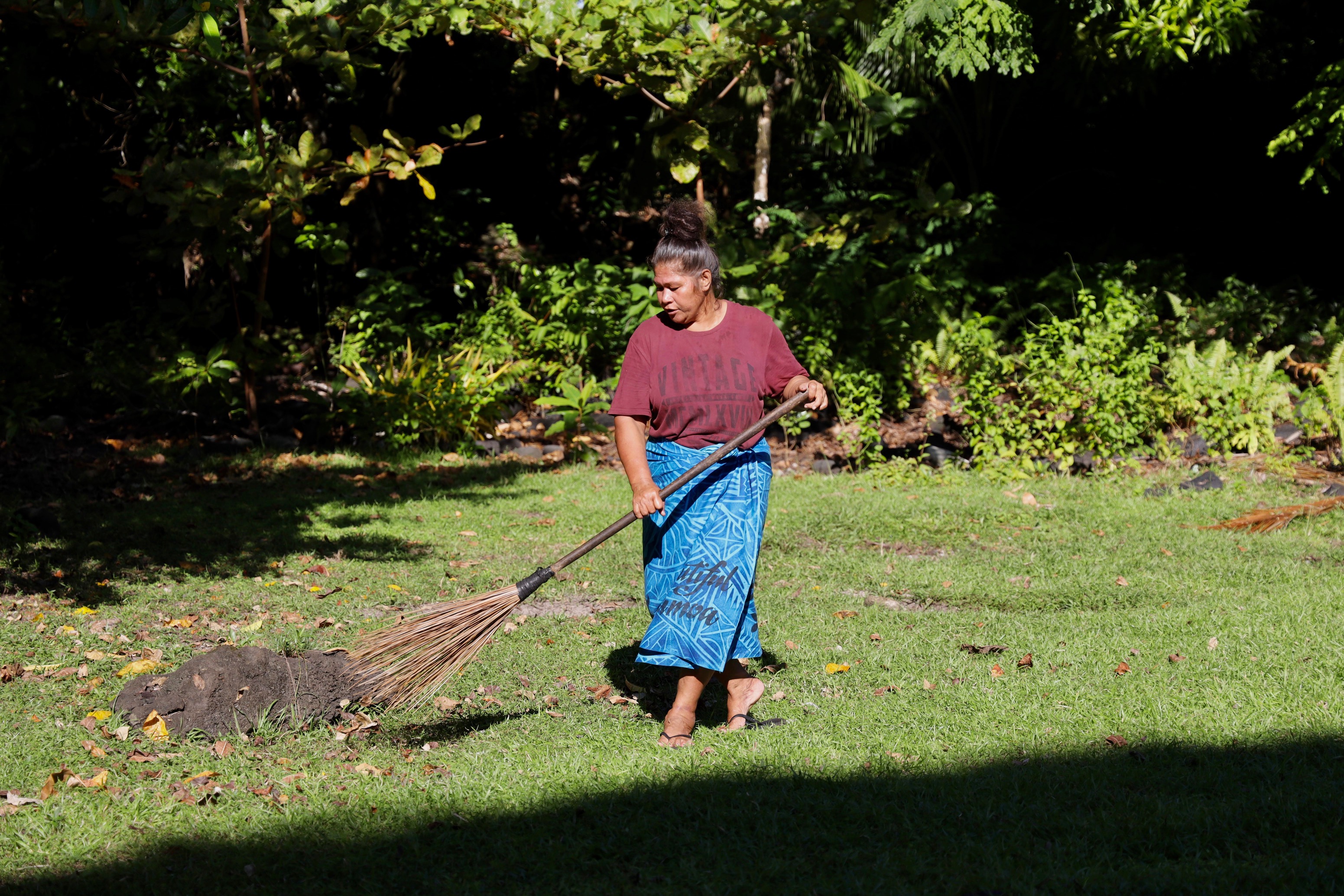 Committee spokeswoman, Matauaina Saofa, said before the lock-down the lava fields were popular with tourists and locals alike. Up to 50 locals would visit, from family reunion groups to school tours.

Added to the year-around hum of international tourists, the fields where Mt. Matavanu spewed molten rock for six years were hardly empty for long.

Now, Ms. Saofa says, locals from the village and the rest of Savaii are not interested in spending time or money there.

And until the state of emergency orders around large gatherings are lifted, the Alii ma Faipule will not allow the committee to promote the lava fields, lest they fill up and break the rules.

Ms. Saofa said she hopes social media will be enough to bring local tourists back when the orders are lifted, as she has few other promotion options. 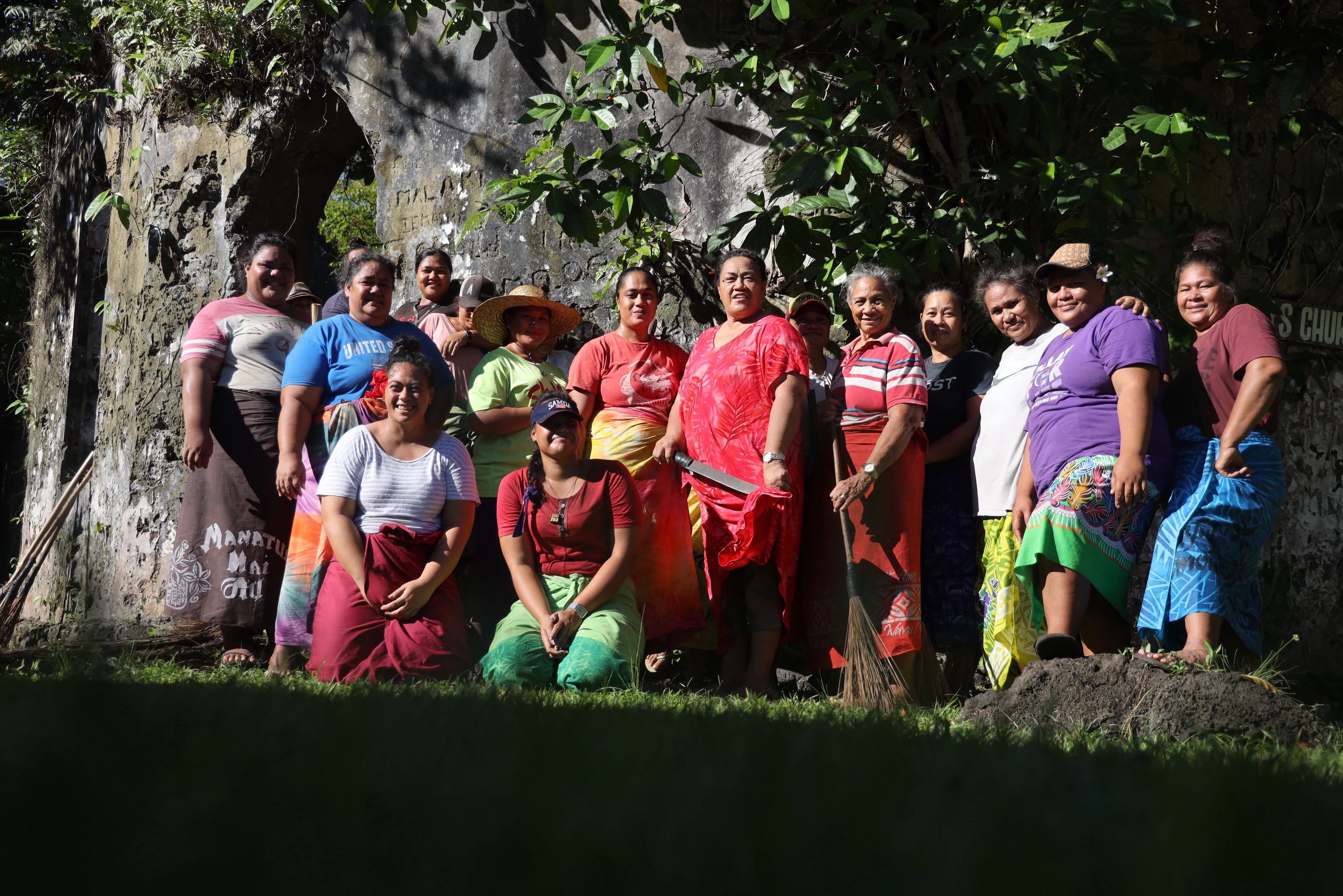 The Saleaula Lava Fields are an hour's drive from the Salelologa Wharf. They are a stunning example of the earth's raw power.

It is hard to spend time on the rugged expanse of pitch black lava remains. The sun reflects incredibly strong heat up through rubber sandals and all through your body.

But it is also hard to leave, or tear your eyes away from the ripples, cracks and ravines left behind by one of the most immense natural disasters in Samoa's history.

When Mt. Matavanu erupted in 1905, it's lava flow cloaked five villages, separating families and redefining life in the district of Gagaemauga.

The eruption lasted until 1911. It flowed over 100 kilometres squared and in some parts was 400 feet deep.

Within the Saleaula site are three wonderful opportunities to take stock of the mountain's strength. One of the first things you see after the blooming frangipani in the entrance is what is left of a London Missionary Society church.

It has no roof, and a tree towers above it having grown from within its remains. Inside, it is clear the lava circled the church, and flowed in through the front door, filling the interior.

Generations of visitors have scratched their names and messages on the church walls. It would be ugly if it wasn't somehow a sign of affection for this place ravaged by fire. 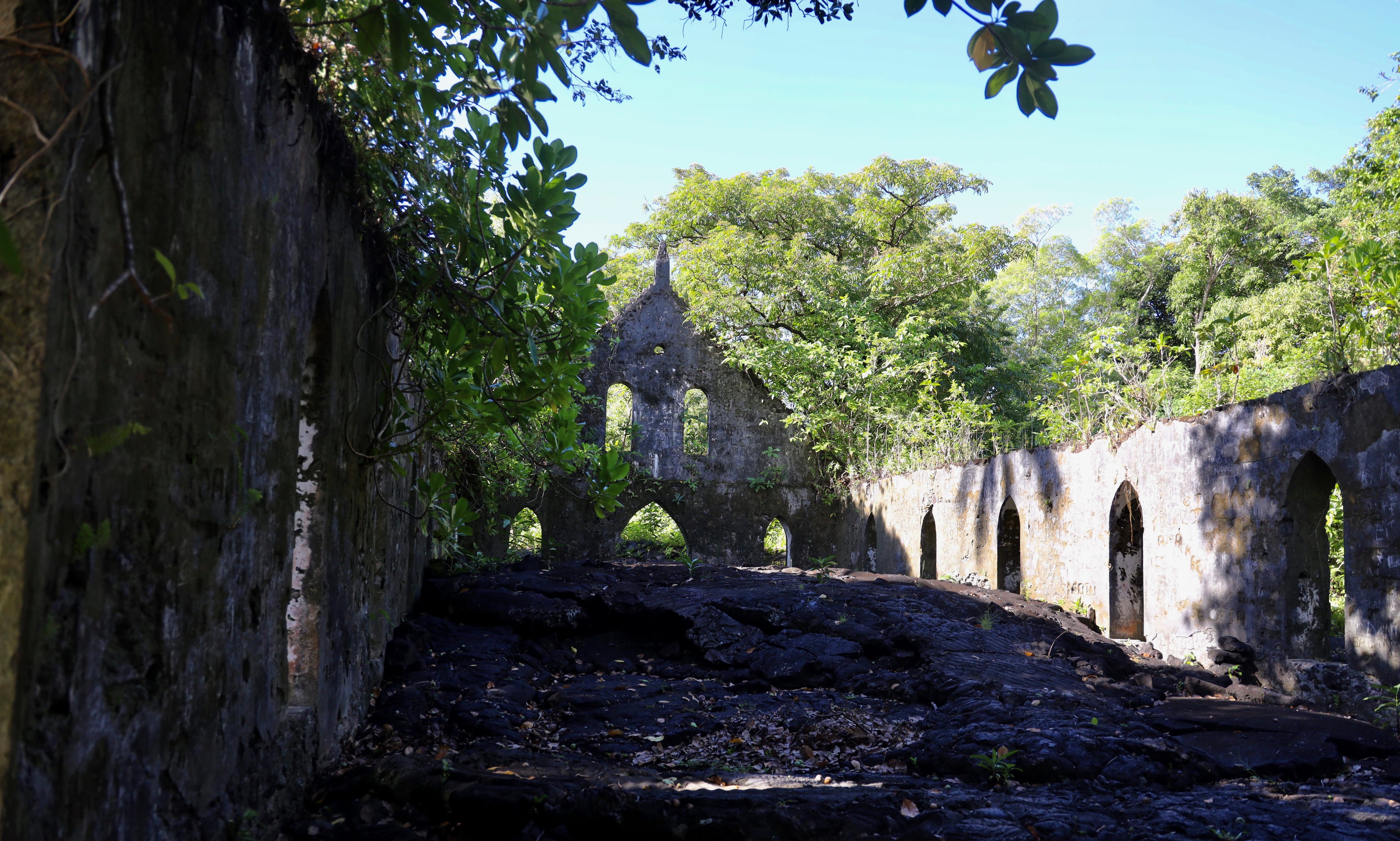 Next, after a hot walk over the river of dried lava you reach the Grave of the Taupou, or the Virgin's Grave. The legend is well known: that when the eruption's flow reached Saleaula, it circled the grave of a nun who died aged 35, leaving her remains unharmed.

It's a strange story, but it suits Samoa's marriage of custom and religion: where even nature has a hallowed respect for God's servants.

Despite the heat, it is worth spending extra time to walk to the water's edge where the village committee have built a small boardwalk around the mangroves that bridge the lava and the sea.

Imagining the force of all that lava being stopped by only the ocean is something to be reckoned with.