Associate Minister, Peseta Vaifou Tevaga, has spoken out in defence of his family business which has received more than $6.5 million in Government contracts for clearing the Ti’avea Airport runway.

No suggestion of impropriety in awarding the contract to the Associate Minister’s family company has been made.

But Peseta was forced to make public comments in Parliament this week, after the Minister of Education, Sports and Culture, Loau Keneti Sio, jokingly referenced to the 26-acre Ti’avea Airport as “big money and small airport” to the backdrop of laughter from legislators.

“I want to clear the air because nothing is hidden under the sun, the allegations [are disappointing] but first I want to make it clear the project was tendered and [the Samoa Observer] knows that,” said Peseta.

Peseta remains the major shareholder for the Aldan Civil Engineering Company Ltd which is managed and operated by his son Danny Tevaga.

As an Associate Minister his portfolio responsibilities include the Ministry of the Prime Minister and Cabinet; Ministry of Foreign Affairs, Office of the Attorney General and Public Service Commission. 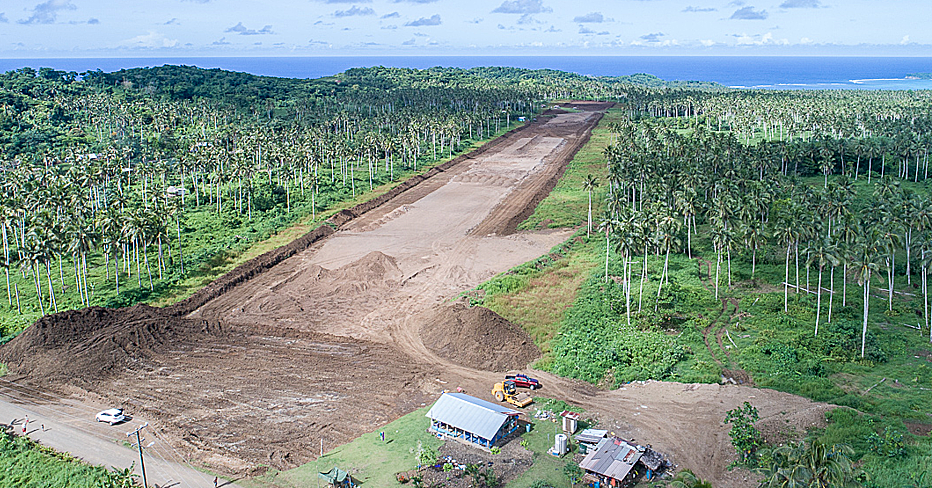 This did not sit well with Peseta who took to the floor and defended the contract awarded to his family company. He noted the company’s tender was for the amount of $3 million and that the second-placed bidder had submitted a contract with an estimated cost of $11 million.

“If anything, we did the Government a favour,” said Peseta.

“Many people don’t understand that if my children’s business did not bid, surely the Government would award the contract to the second bidder which was $11 million,” the Associate Minister said.

The Associate Minister expanded upon his views in an interview with the Samoa Observer where he further justified an additional $3 million that had been awarded to the company directly by the Tender Board.

“Now [an] additional [$3million] was required as the project deviated from its initial site plans due to family land issues,” Peseta said.

According to the Associate Minister, the Tender board conducted a site visit prior to the $3 million variation.

“This led to the Village Council of Ti’avea negotiations [with the families] that led to the clearing of the new area which is a swamp,” he said.

“But I am telling you the [reparation work on] the airport [runway] runs six metres deep.”

According to Peseta the amended plans for the Airport required materials three times more than expected for the original work due to the area’s swamp conditions.

He said their family business gave the Government a discount from $33 per metre for the remediation work.

“They asked for a discount and my son [Danny] reduced the price down to $23 square per meter,” he said.