From car enthusiasts to Good Samaritans

No Cash Crew, a group founded through a passion for cars continues to donate to the people who need assistance in Samoa. (Photo: Supplied)

A group car enthusiasts called No Cash Car crew continues to offer assistance to people who need it the most in Samoa.

The Group's President, Tipeni Malua Saio, said they are motivated by love and a passion to help people. No Cash Crew is made up of 70 members.

“Our name no cash crew relates to all of us. We have brought together our brothers and we all know that there are people in our country that need assistance,” Mr. Saio said.

According to Mr. Saio, the group had started donating to people in need of assistance when Mapuifagalele asked for help as a result of the Covid19 lockdown.

"That is where our donations started," he said. "We donated stuff that is needed by the elderly such as diapers, food, and money.

“In our club there are also people from overseas that are helping us in what we are doing. We also donated to a family at Lefaga where we donated a wheelchair, food, and cash. We also did a similar thing for an elderly woman at Leauvaa." 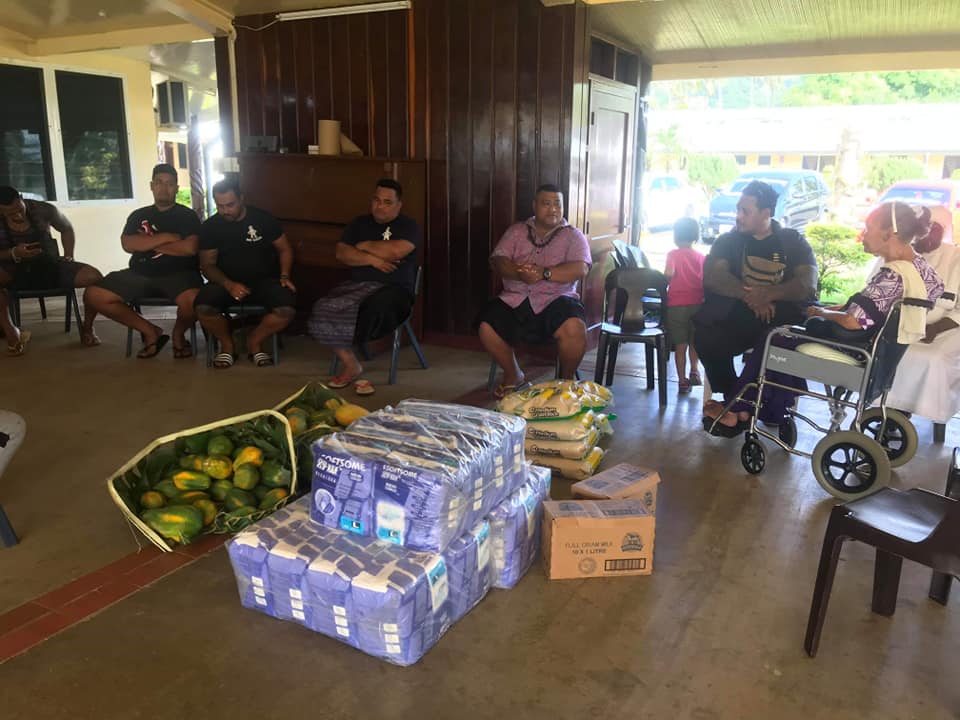 Mr. Saio explained they are working with the Apia Lions Club who had provided the wheelchair they had recently donated to an elderly woman.

“During these times people really need a lot of help,” he said.

“Some of the donations are from overseas as we have people supporting us from Australia, America, and New Zealand."

One of the members of the group, Maanaima Tenisi Scanlon, from Vaimoso told the Samoa Observer that the group is not specifically for people that own cars.

“The group also involves other people that want to join, and we invite them to join as we will treat them like family,” Mr. Scanlon said.

“We don’t only focus on cars and donations but we also have the chance to change the lives of some of the youth in our group that have faced problems in the past. Some of the youth member's lives have been changed after joining our group because we always give them advise.

“There has been a huge change in these kids. They were part of these gangs and this sort of stuff but have now left that behavior behind and are now happy in our group."

Mr. Scanlon said the people they donate to are not related to any members of the group

“We aren’t donating to the people any of our members know but we are donating to people that truly need assistance,” he said.

The group also extends their help to child vendors that are in the Apia Town Area and give assistance to the child’s family.

Mr. Saio gives thanks to the parents of some of the members of the group, “because of the support they give the group.”

“We would also like to thank our sisters who have also shown their support to our group. The group isn’t only for men, there are also women and they also give us a huge amount of support. We also thank the country for their support and also to the other clubs that we are currently working together with."