Tapping into local media to spread China’s message over controversial new security laws for Hong Kong is likely part of an ongoing foreign affairs directive that is neither discerning nor targeted, according to an Australian journalist.

Australian Broadcasting Corporation (A.B.C.) foreign affairs journalist Stephen Dziedzic who specialises in Asia and the Pacific, said despite Samoa’s lack of comment on the issue, the Chinese Ministry of Foreign Affairs will be distributing its party line far and wide in the wake of mass protests in Hong Kong against it.

“China may feel that on top of its private advocacy to political elites in places like Samoa it’s also good to do a bit of public advocacy work and that’s probably the rationale driving this,” Dziedzic said. 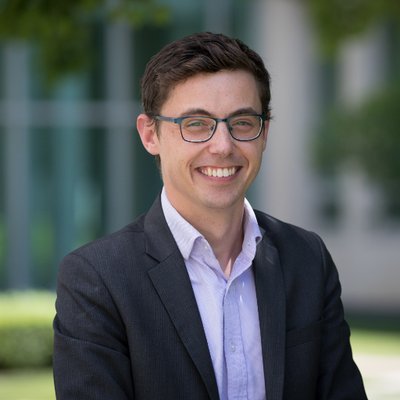 “It’s probably not going to have much impact in Samoa because Samoa was probably never going to contemplate saying anything on this publically.”

Last week the Samoa Observer received a ‘question and answer’ document containing statements by a Chinese Embassy of Samoa spokesperson on the new security laws proposed for Hong Kong, which intend to crack down on “acts of secession, subverting state power and organizing and carrying out terrorist activities.”

The A.B.C., Australia’s state-owned broadcaster received the same statement, just not by the Samoan Embassy.

Dziedzic said that because Australia has been vocal on the matter, joining the Five Eyes nations (with the exception of New Zealand) in a public statement condemning the proposed laws, sending these statements to the media makes sense.

“I think it’s easier to see why it would make sense in Australia [...] They see it as a potential threat to the independence of Hong Kong and they also see it as a threat to Australian business interests in Hong Kong.

“Now why Samoa? Samoa has been much less vocal, in fact I haven’t seen any comment from Samoa on Hong Kong.

“It’s because there would have been a directive that would have been put out by the Ministry of Foreign Affairs (M.F.A.) to basically spread Beijing’s justification for the takeover as widely and as broadly as possible

“It’s not a particularly discerning or targeted approach; it’s really just the M.F.A. using every avenue at its disposal to spread its message to the widest possible audience."

The new laws, revealed in May, have caused fresh anxiety in Hong Kong which fears its autonomy from mainland China is under threat. Since 1997, Hong Kong has been part of China after being returned from Britain.

Since then, it has enjoyed independence under a 'One Country Two Systems' approach. The new security laws and a proposed extradition law have many concerned Hong Kong will soon be subject to China’s legal system, overriding its own.

As well as the Five Eyes alliance statement (Canada, the United Kingdom, the United States and Australia), the Group of Seven (the U.K., U.S., Canada, France, Germany, Italy and Japan) have also spoken out firmly on the new laws, calling on China to withdraw them.

Instead, China responded by telling the G7 not to interfere with China’s internal affairs, and has resolved to implement the laws “without delay.”

Dziedzic said unlike with other less controversial issues, outspoken countries like the U.S. and Australia are unlikely to ask Samoa and countries like it to take a side on the issue.

“Australia will be hesitant about trying to draw Pacific nations into this broader geopolitical conflict because it will want to keep its powder dry for more immediate interests,” he said.

“I think Australia is already concerned enough about Chinese influence in places like Samoa and it’s focused on preserving its influence.

“It probably won’t want to fritter away its political capital that it has with Samoa on questions that are not directly related to its immediate self-interest.”

In its statement, the Chinese Embassy said the national security legislation is “legally sound and consistent with international common practices”, saying it is within China’s responsibilities to develop and pass the laws.

“Hong Kong is part of China. 23 years after Hong Kong's return to the motherland, the city still hasn't fulfilled its constitutional obligation to safeguard national security and remains full of loopholes,” the statement says.

“The legislation is exactly for the purpose of stopping the chaos and rampant violence. It will provide a more steady social environment, a more sound legal environment, and a more stable and predictable business environment in Hong Kong.”