Saturday the new Sunday for vendors. (Photo: Vaitogi A. Matafeo)

The Government’s decision to ban the opening of markets and shops on Sunday morning is reaping rewards for two local market vendors.

Loimata Fealofani of Tapatapo and Nazario Chong-Nee of Aleisa, who both have stalls outside the Frankie Hypermart at Vaitele on Saturdays, told the Samoa Observer that they both make more or about the same amount of money from sales compared to when they previously marketed on Sunday mornings.

Mrs. Fealofani said she supports the Sunday ban and changing her market days from Sunday mornings to Saturday has led to her making more sales and she can also go to church.

“It is good that everything is closed on Sundays because it is best to do the shopping from Monday to Saturday and one day for everyone to go to church," she said. "People are now used to shopping on Saturdays. If the Sunday restrictions become permanent then I fully support it. 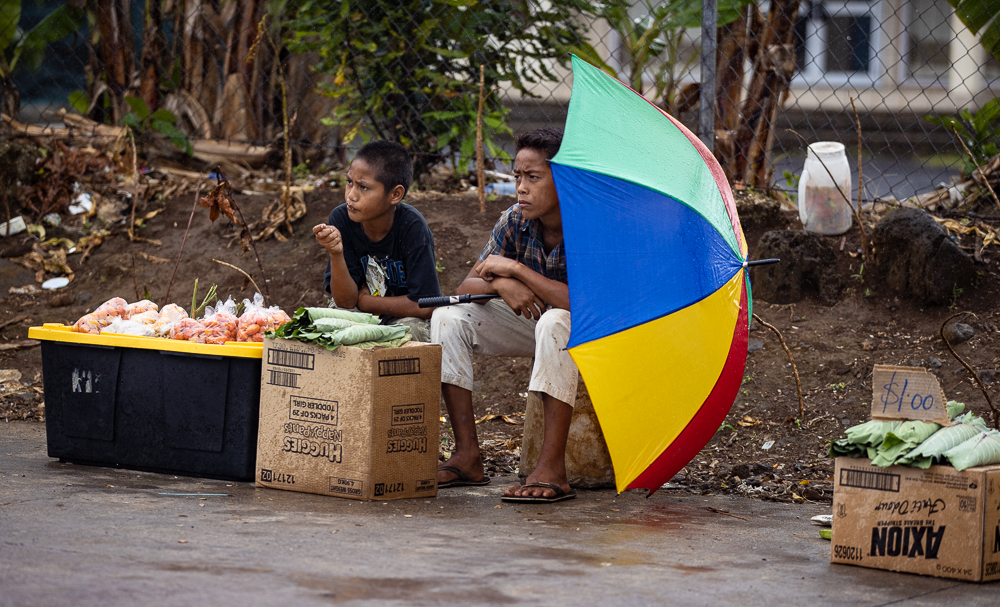 According to Mrs. Fealofani, when she had sold produce on Sunday, she would get over $200 in a short period of time, but now prefers Saturday as she earns more income due to the huge amount of time available. "Now they change it to Saturdays, it kind of made me really happy because now we are keeping Sunday holy," he said.

He believes that the Sunday restrictrictions are good for two reasons, the first being keeping Sunday a holy day, and the second reason is to get people used to shopping on Saturday instead of Sunday.

He further stated that the restrictions are good for our country due to the fact that Samoa is a Christian country.

"It says in the Bible you keep Sunday holy, you don't do nothing on Sundays all you do is just rest and pray and sleep," he added.