One business blooming during lockdown

Small floral business have not been affected by the lockdown. (Photo: Christopher Wasson)

Business has been blooming for local florist, Maletina Tiotio, of Aleisa despite the the state of emergency.

In fact, she’s never had it so good.

"Since the lockdown, it was all good. Only February and the beginning of March was how long the business was affected but not for long, [there were] only three or four weeks that things weren't working out well," Mrs. Tiotio said in an interview with Samoa Observer

She sells flowers at a stall in front of A-Mart at Fugalei on Fridays and Saturdays where she says she earns "good money."

"I don't usually sell flowers in front of A-Mart but ever since the lockdown I have brought flowers here. Starting from the end of March is when [business] started to go back to normal," she said.

Mrs. Tiotio states that one of the reasons why business is returning is churches being allowed to have services on Sunday again.

"Once churches started to have services again, then lots of flowers were sold. People are slowly buying and arranging flowers," she said.

She explained that during the earlier stages of the lockdown they had to wait until restrictions were lifted so they could continue their business.

"Right now, life is going back to normal and lots of money is being earned. We are only here for two days, just Friday and Saturday. It's good money," she said. 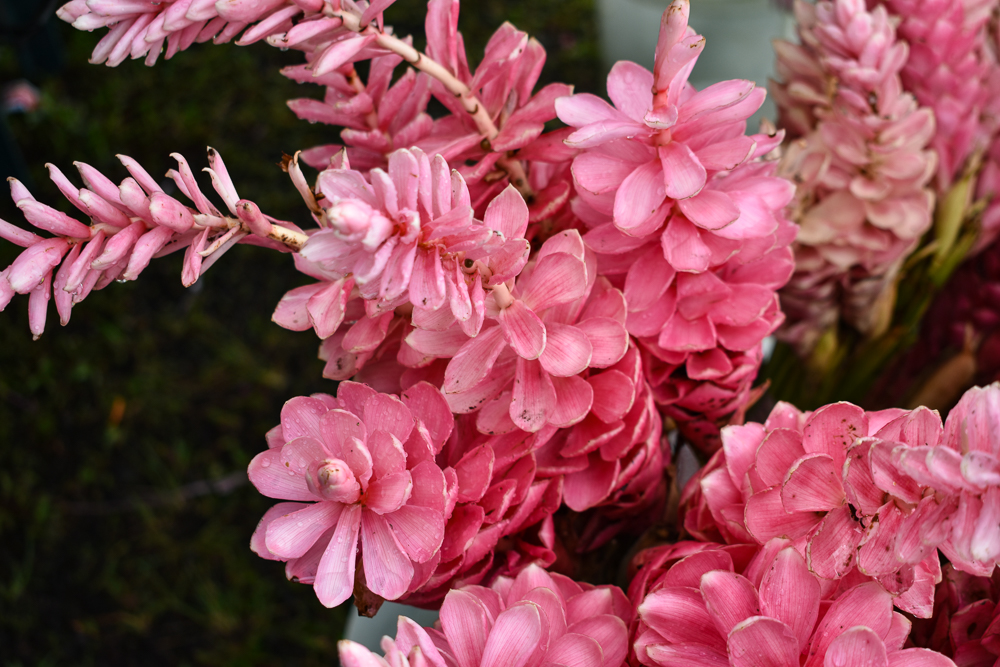 "We bring the flowers and pots here every Friday and Saturday and that's how we do it. Not only the flowers but also the pots because a lot of people are buying plants now," she said.

"Everyone comes and buys the bundle of flowers. Not only the bundles, but they also come and request for flower arrangement," she said.