A former Cabinet Minister, La’aulialemalietoa Leuatea Schmidt, has accused Prime Minister, Tuilaepa Dr. Sa'ilele Malielegaoi, of abusing his position by commenting on an ongoing criminal case involving himself and an Associate Minister.

The Member of Parliament also criticised the Attorney-General’s Office, for singling him out in a media statement they issued, without  mentioning the Prime Minister’s intervention, to which he had responded to.

In a statement issued by Laauli on Saturday morning, he pointed out what he regarded as the "hypocritical" treatment of commentary on his case:

“The Prime Minister made some inappropriate references regarding a court case against myself and others that is currently and yet to be completed,” he said.

“The Justice System is supposed to be that a person charged is innocent until proven guilty, however, the Honourable Prime Minister appears to already find me guilty and wants the public to find me guilty based on his public comments when the case is not yet completed.

“I am not sure why he has brought this up in public unless he is trying to use his position and his publication in public to influence the case and the decision that is yet to be completed.”

La'auli said this was inappropriate conduct, unbecoming of the Prime Minister and amounted to abuse of power.

But he said he has been advised by his lawyers that "I cannot comment on my case until it is fully completed.

“I, therefore, will await the completion of my case,” he said.

Regarding the press release by the Office of Attorney General over their independence, La'auli said: “I only have this to comment at this stage.

“It is interesting that they have made a decision to comment only against myself but not in relation to the conduct of the Prime Minister in discussing a case in public when it is not completed.”

Asked whether the comments made by the Prime Minister overstepped a line making comments on legal matters that are sub judice, commentary on which can be the basis for contempt of court,  Acting Attorney General Magele Leone Mailo said they were not.

Magele told the Samoa Observer on Friday, their office had to respond to the allegations by Laauli.

“He questioned the independence and the integrity of the Office and that’s why we had to [issue] that press release. It is only in relation to the process, nothing more and it didn’t say anything about the case,” said Magele.

Asked whether the Attorney General’s office is looking into what the Prime Minister is saying on his live programmes on 2AP state-owned radio pertaining to Laauli’s case, Magele said they have not looked at it yet:

Earlier this week, the Attorney-General's Office issued a statement defending the "independence" of its decision to prosecute Laauli.

This follows claims by Laauli on the Manuo Porgramme on TV3 during which he allegedly made reference to the powers, duties, and responsibilities of the Attorney General. Video of that interview has since been removed from TV3's official social media channels.

“Therefore such comments warrant a response to ensure there is no room for misinterpretation and misinformation. The said powers and duties that Laauli’s comment impacted are the Attorney General’s,” Magele said. 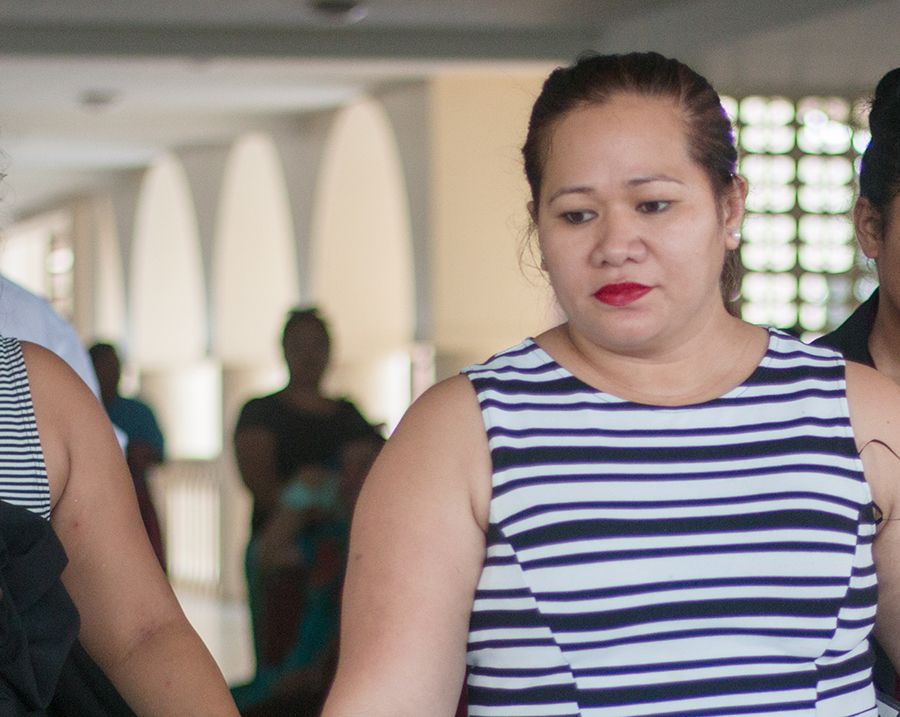 "Powers to institute, conduct and discontinue any criminal proceedings without any interference from any other persons (except the Court); and Independence.”

The Attorney-General's Office noted that when charges are laid, the matter is referred to the Office to institute and conduct the criminal case.

“The decision to prosecute is guided by [guideline]  which sets out the universally accepted principle of assessing whether a matter should be prosecuted or not,” Magele said.

“The guideline requires that prosecutors must be independent and free from political, media, public, sectional or individual pressure of an inappropriate kind in prosecution decision making, and freedom from direction or control in decision making by any other person or authority.”

According to the Attorney General's Office, the decision to prosecute Laauli and to proceed with his prosecution was undertaken in accordance with the guidelines, free of any pressure, and it satisfies the test set out above.

“To conclude, the power to institute, conduct or discontinue any criminal proceedings is vested only in the Attorney General and his or her legal staff pursuant to Article 41 of the Constitution and sections 5(2)(iv)(b) and 7(1)(2) of the Attorney General’s Office Act 2013,” Magele said.

"In carrying out the power under the said provisions, the Attorney General is independent and is not subject to any direction from any other person except a direction of a Court.”