The Land Transport Authority has terminated two road maintenance contracts worth hundreds of thousands of tala due to alleged “lack of performance” and “blacklisted” the companies from making more bids next year.

The two companies to have their contracts terminated are Silva Transport and K.L.S.S. landscaping services, the Samoa Observer can reveal.

Each case involves contracts that are understood to be worth more than half a million tala.

As part of the penalty levied on the construction companies they have been “blacklisted” from making bids to win contract work with the Authority for the next year.

The Chairman of the L.T.A., Taua Paul Phillips, used the examples of the terminated contracts as a warning to Government contractors with outstanding projects to follow the requirements of their contracts.

“The advice to all the contractors is to perform and meet the requirements of the contract. [Or] the final result [will be] the termination [of contract],” Taua said.

“Part of the termination [justification is] to [...add] weight [to] the consequences of nonperformance; we can’t terminate [their contract] and [then] they put another bid into other projects for maintenance work.

“We want to emphasise that if you don’t perform we won’t consider [your company] and so the contractors that want to win [future] tenders [for] L.T.A. projects they need to be efficient and [adhere to the contract].” 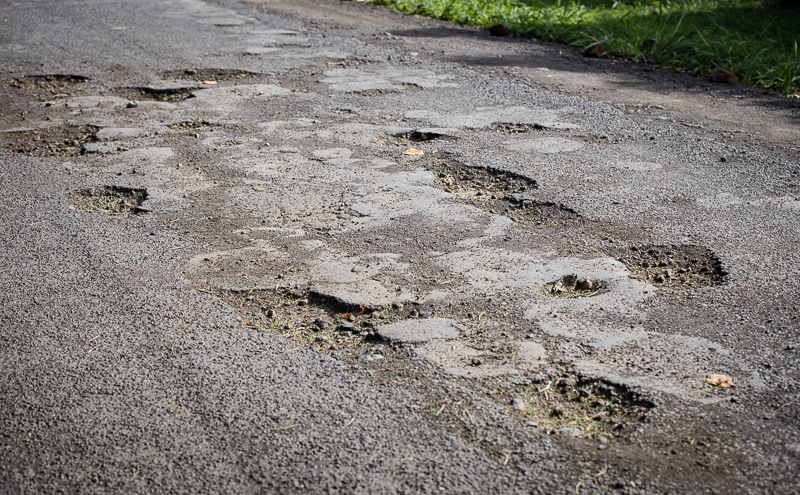 He said the option for the Authority to blacklist companies was added with a view to raising the level of accountability of Government contractors.

Silva Transport - which lists Sala Leslie and his wife, Jacinta Silva as directors, and which is jointly owned by six members of the Silva family -  did not respond to an email seeking comments on the issue.

But the owner of K.L.S.S., Esera Pa’u, acknowledged the decision by the L.T.A.

“Yes, we accept the decision,” said Pa’u while declining to make further comments.

Silva was in charge of road maintenance in the Vaimuga County while the K.L.S.S. was maintaining roadworks in the Vaitele area.

The L.T.A. Chief Executive Officer, Galumalemana Ta'atialeoitiiti Tutuvanu-Schwalger, refused to divulge the amount of the contracts involved, but the Samoa Observer understands that each is more than half a million.

“I can confirm [...] L.T.A. 's role of monitoring, that we assess the performance of the contractor and if they don’t adhere to the terms and conditions of the contract, the L.T.A. does [reserve] the right to terminate the contracts,” Galumalemana said.

“I can confirm there are contracts the L.T.A. have terminated due to non performance and this is part of the work to ensure that government funds are being utilised in an effective and efficient manner.”

Galumalemana said that the process of reviewing contracts was a means by which the L.T.A. had the opportunity to improve their procedures for managing contracts and upholding the Authority’s reputation.

“At the end of the day, L.T.A. would like to deliver a quality road for our public at the same time offer these contracts to our local contracts to enhance capacity to carry out these large valued works. This links to the Government, especially L.T.A.’s endeavour to urge and convince our development partners to use our local companies to carry out our large donor-funded projects,” the C.E.O. said.

“The benefits are significant for our people; if the local contractors carry out our major works, the skillset of our people will be enhanced and the money will stay within our country.”

Tuala asks P.M. to step down

In an exclusive interview with the Samoa Observer, Independent member-elect for Gagaemauga No.1, Tuala Iosefo Ponifasio revealed part of his discussions with the leaders of the two dominant parties this week.

The runner-up to the caretaker Minister of Works Transport and Infrastructure for the Vaimauga No.3 seat is considering filing an election petition against the incumbent.

Frontliners in Savai’i up for vaccinations